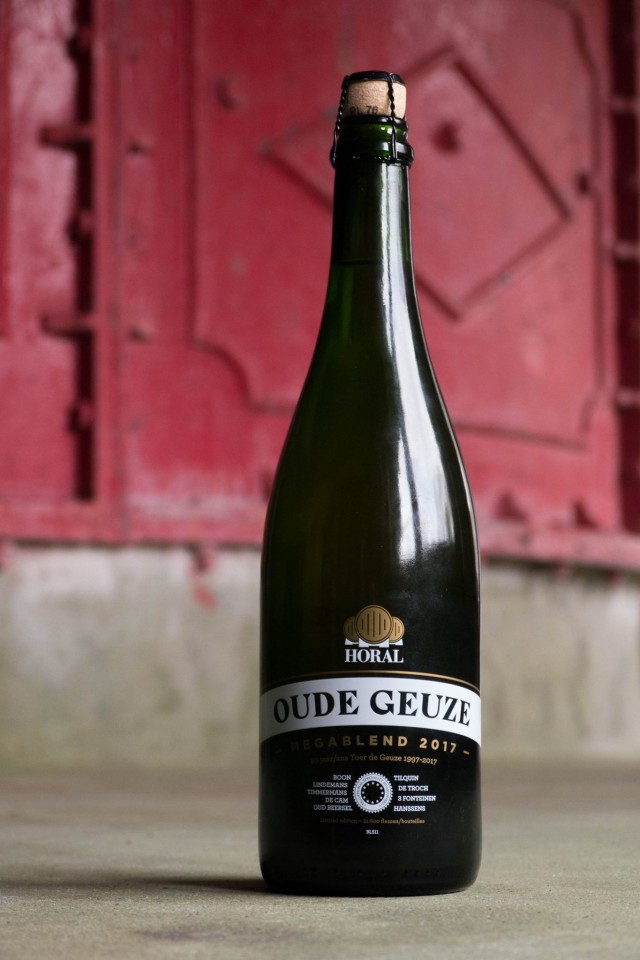 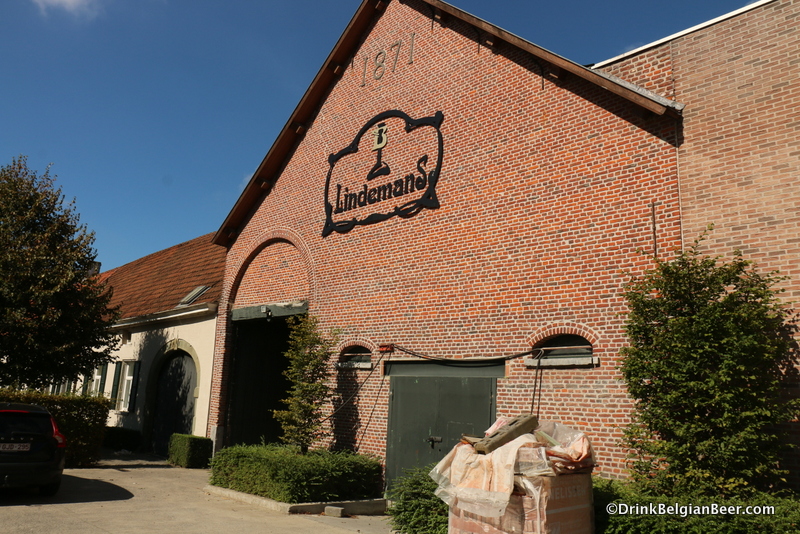 I have visited Brouwerij Lindemans in Vlezenbeek (Lenniksebaan 1479) several times in the last few years, and things are going well. Once again, Lindemans will be open both days of Tour de Geuze weekend, and they usually have a variety of quality food available, as well as lambic on draft, and their Lindemans Oude Gueuze Cuvée René and Oude Kriek Cuvée René. As well, the brewery has done a number of experimental beers the last few years, even pairing with Danish brewer Mikkel Borg Bjergsø, create of Mikkeller, to create the interesting SpontanBasil, an Oude Gueuze brewed with fresh basil. 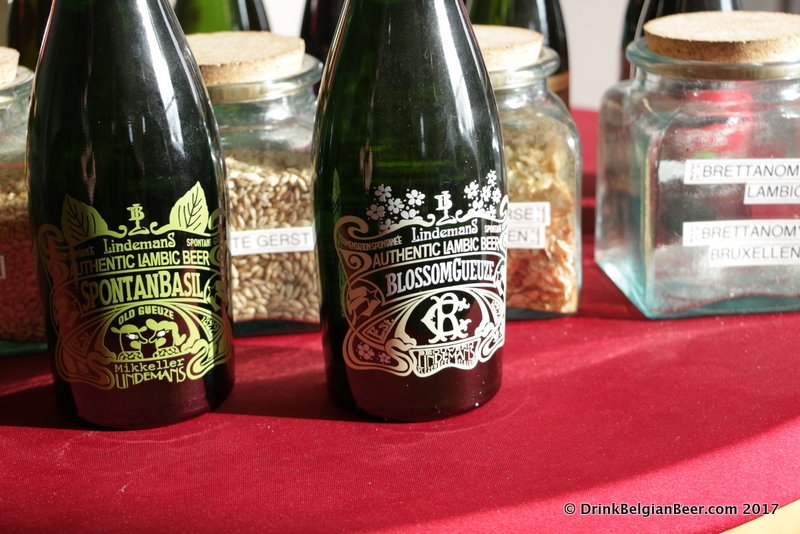 Lindemans also has created BlossomGueuze, a gueuze brewed with elderflowers that is moderately tart and with evident floral aroma but still with some barnyard funkiness. 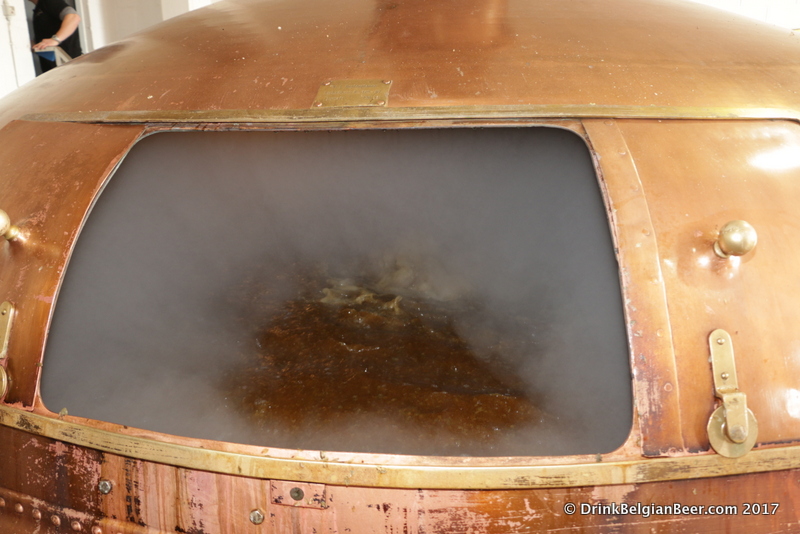 A boiling kettle at Lindemans, in action. 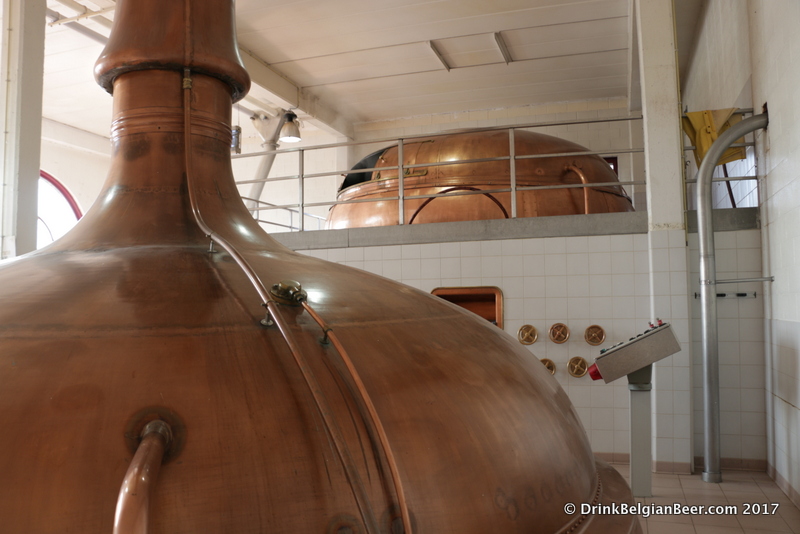 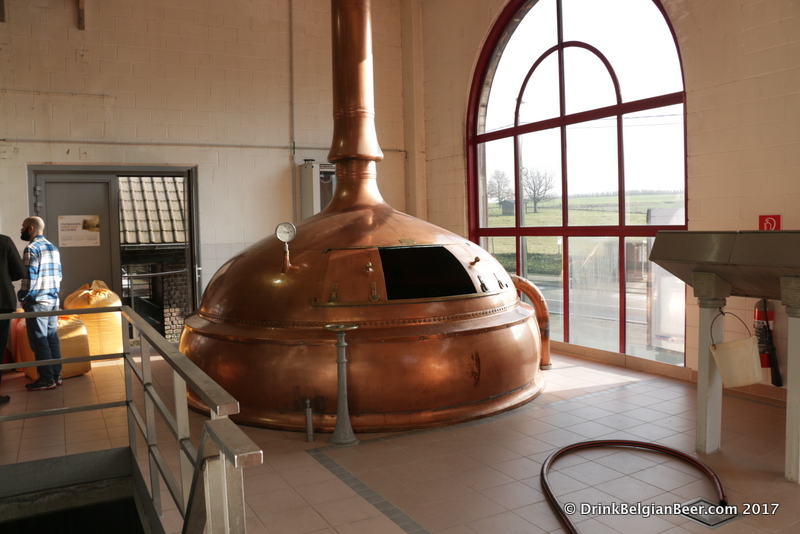 Another copper kettle at Lindemans. 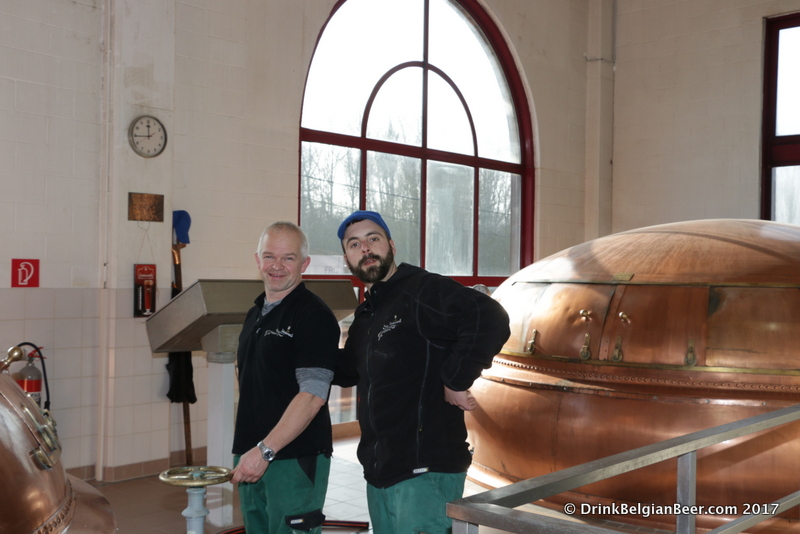 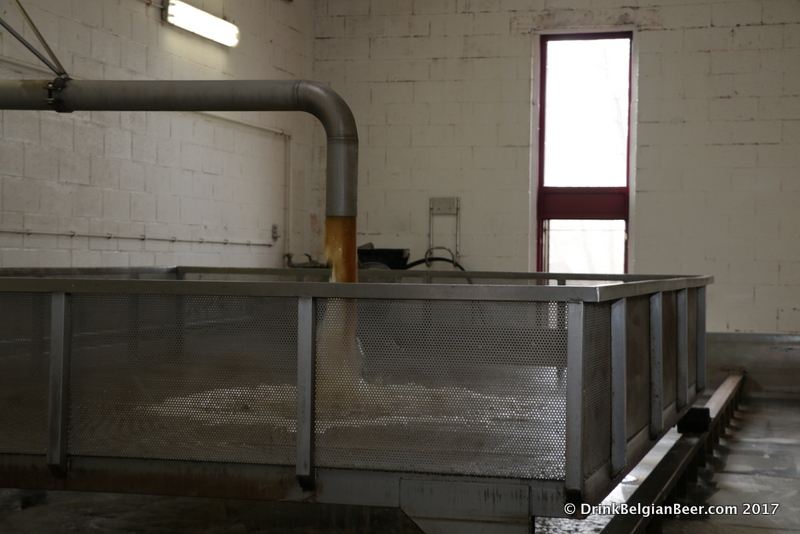 Wort pouring into the larger coolship at Lindemans. 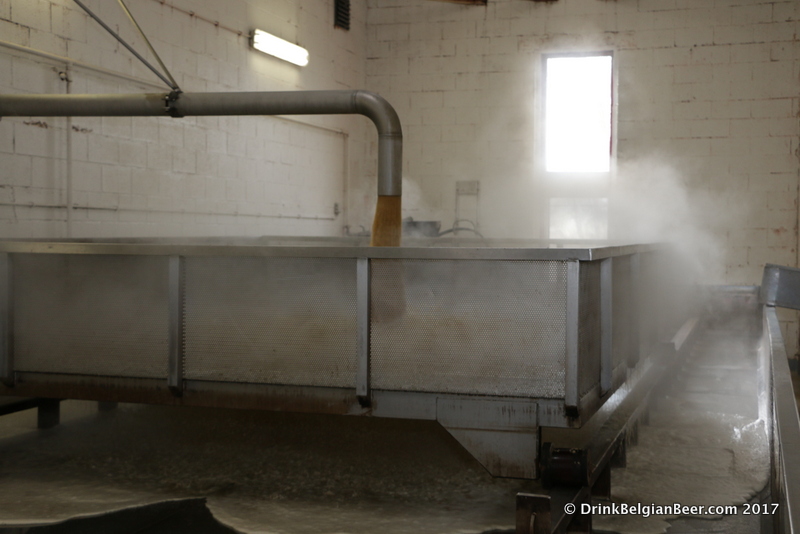 Another photo of wort being pumped into the larger coolship at Lindemans. 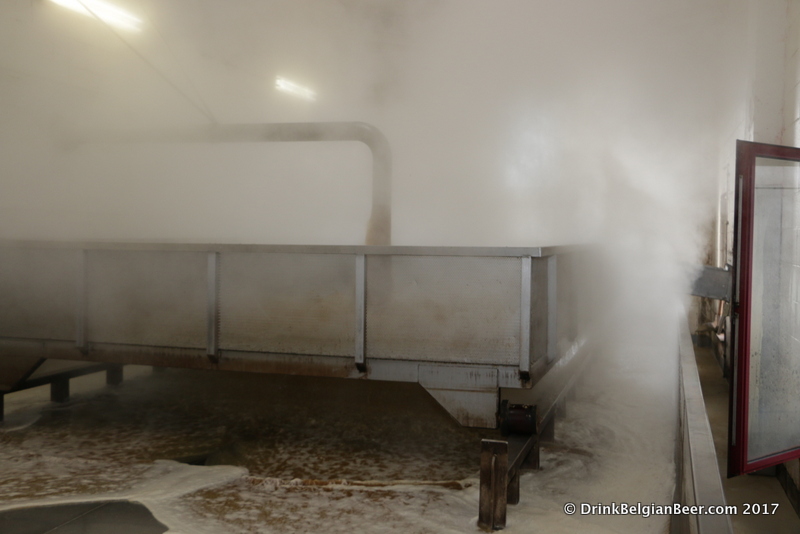 The coolship room becomes completely steamed over within 1 or 2 minutes of the hot wort being pumped into the coolship. 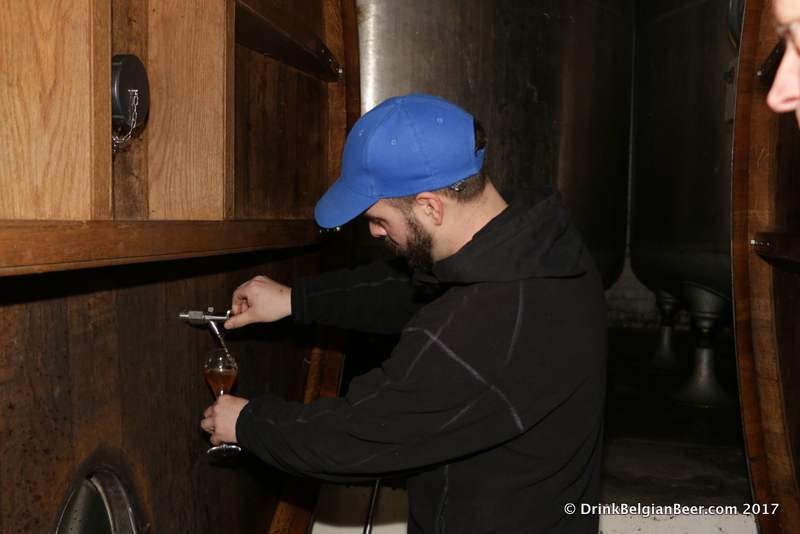 A brewer pulling a glass of lambic from a foeder at Lindemans. 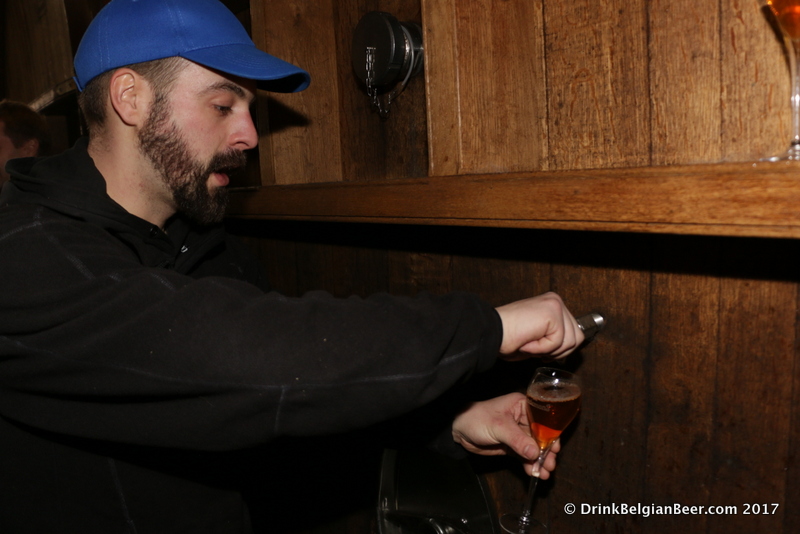 And another sample being pulled from another foeder…lambic beer research is tough work my friends. 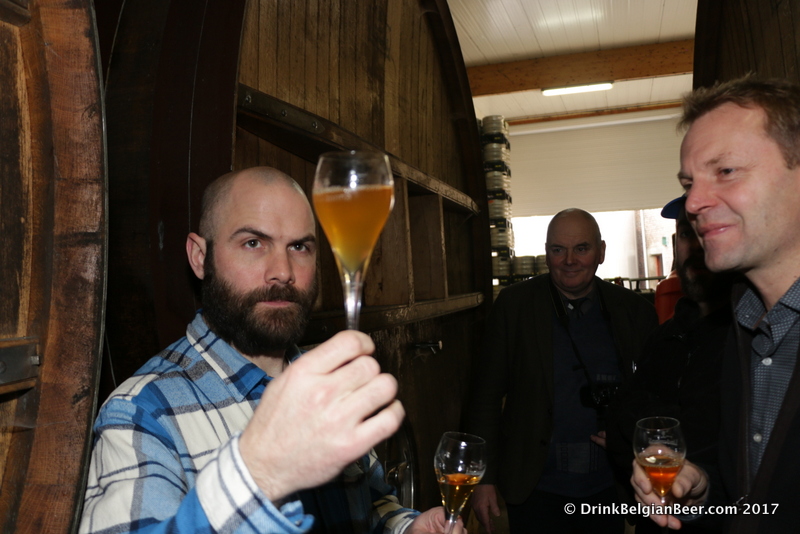 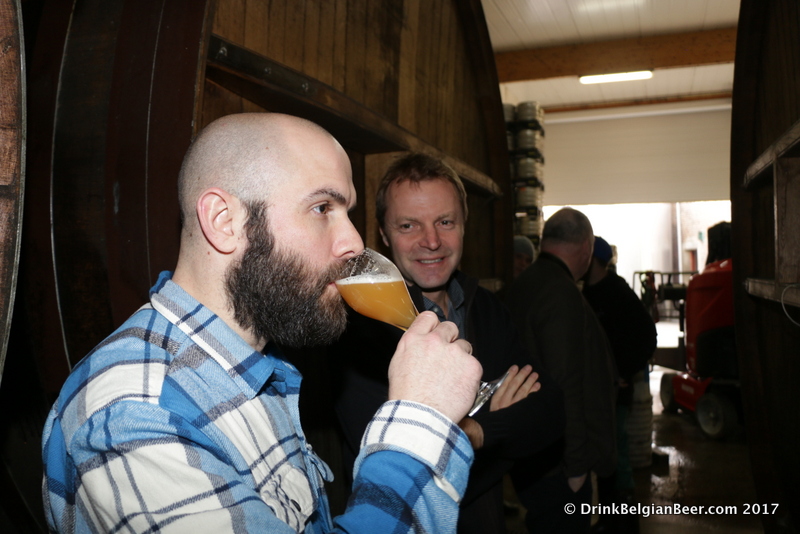 Dominic DeSantis of Baltimore tastes a glass of lambic as brewery owner Dirk Lindemans looks on. 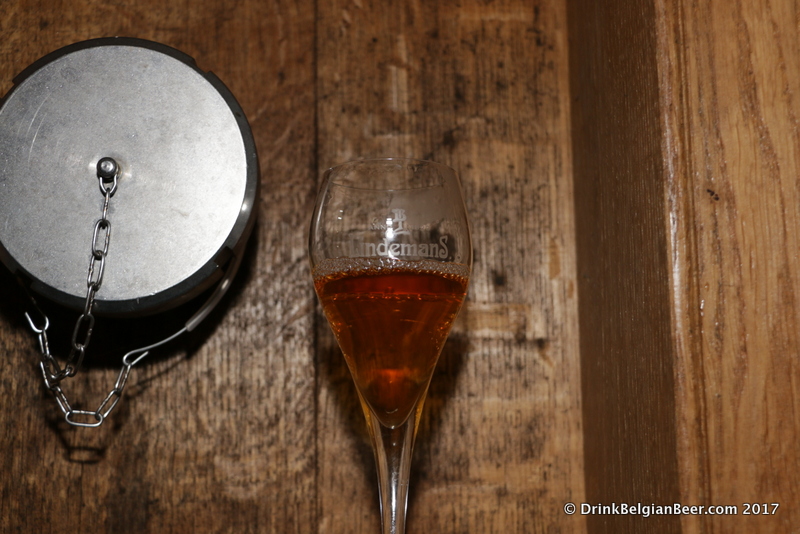 A glass of Lindemans lambic on a foeder. 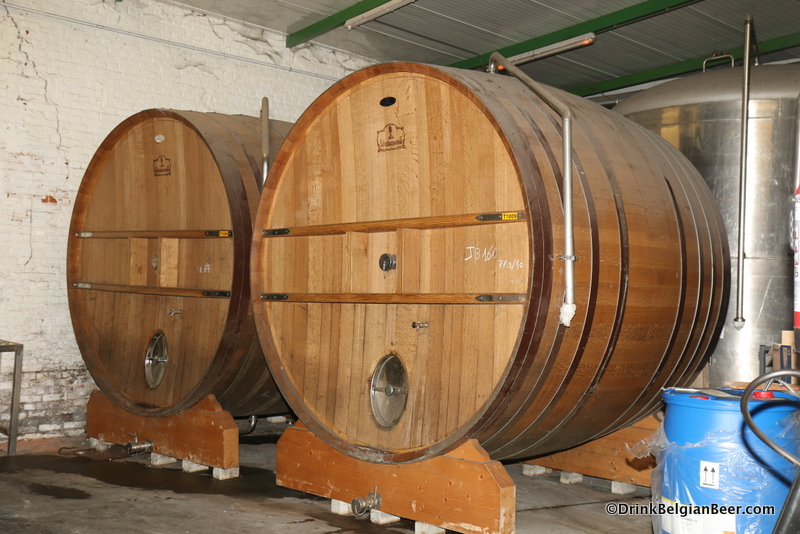 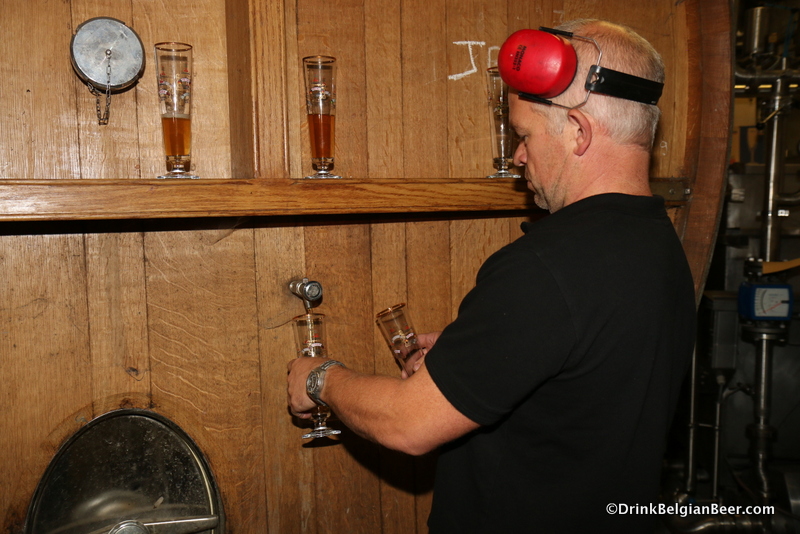 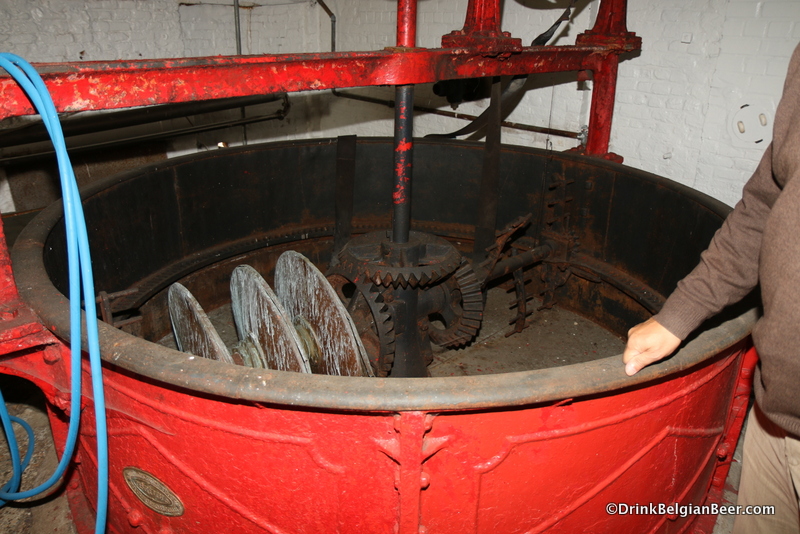 The old mash tun at Lindemans. 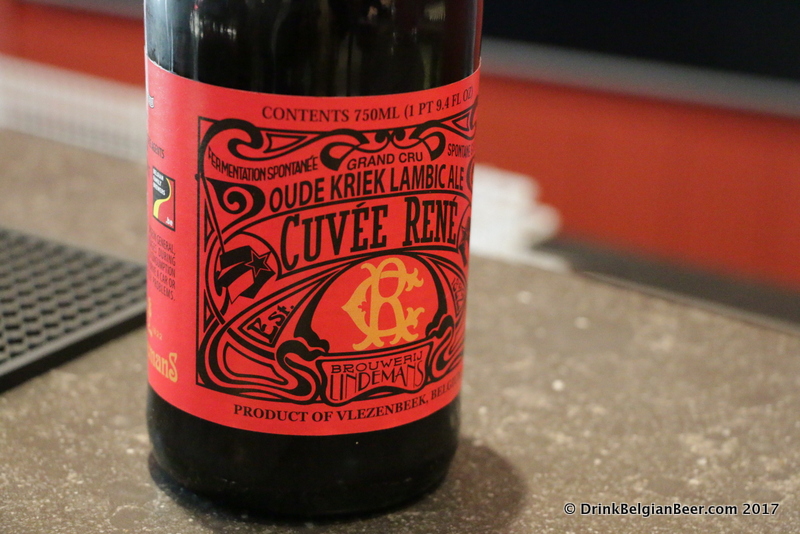 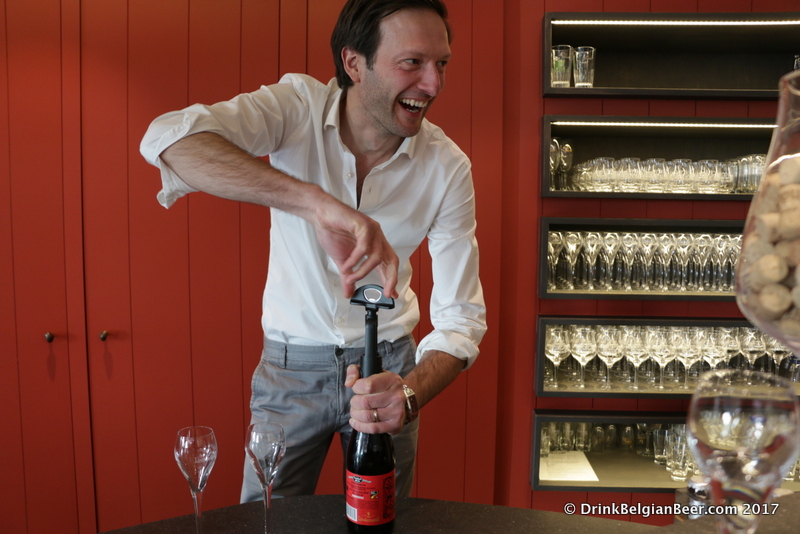 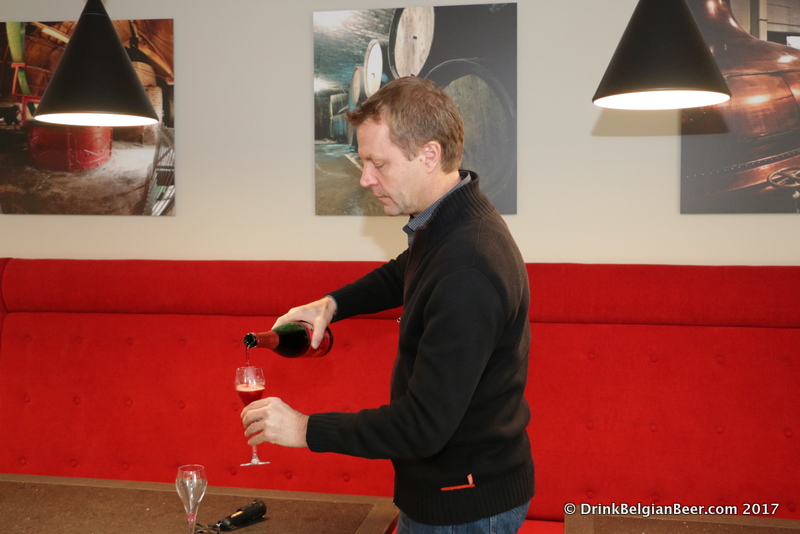 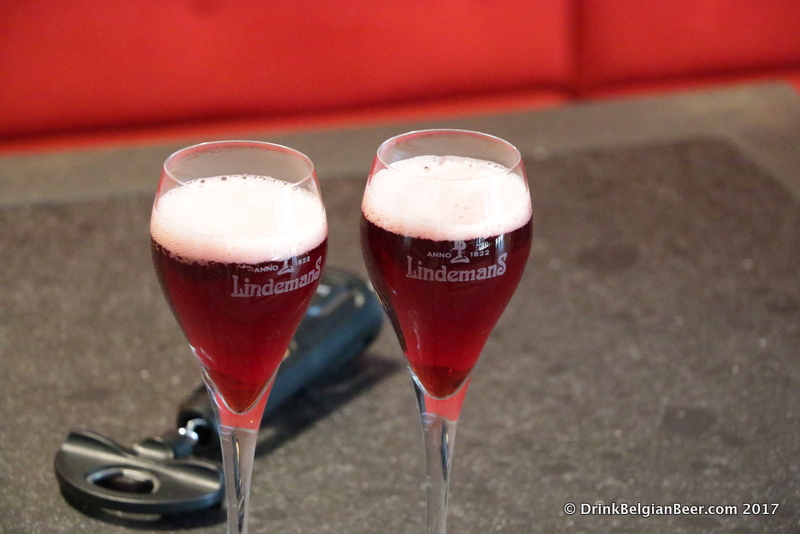 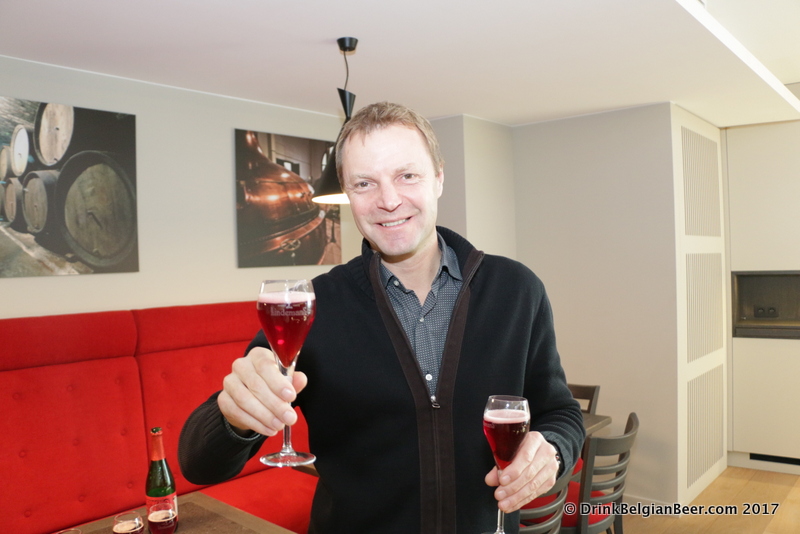 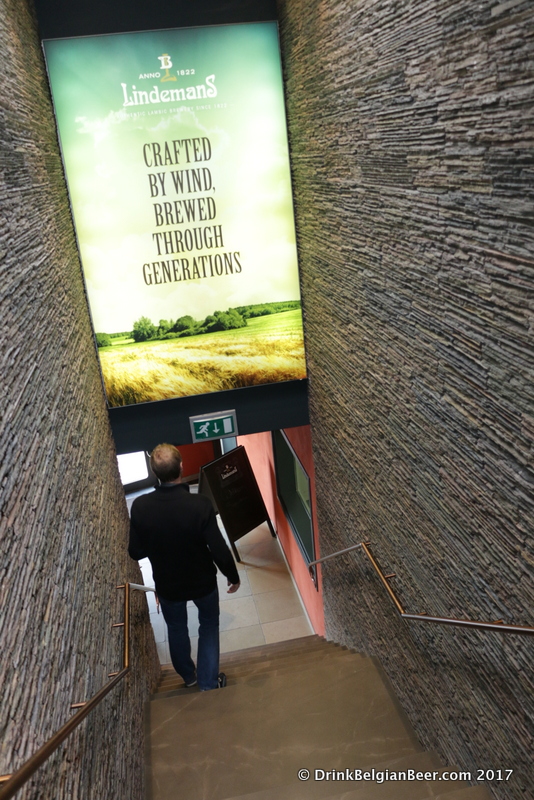 The stairwell out of the new addition to Brouwerij Lindemans.