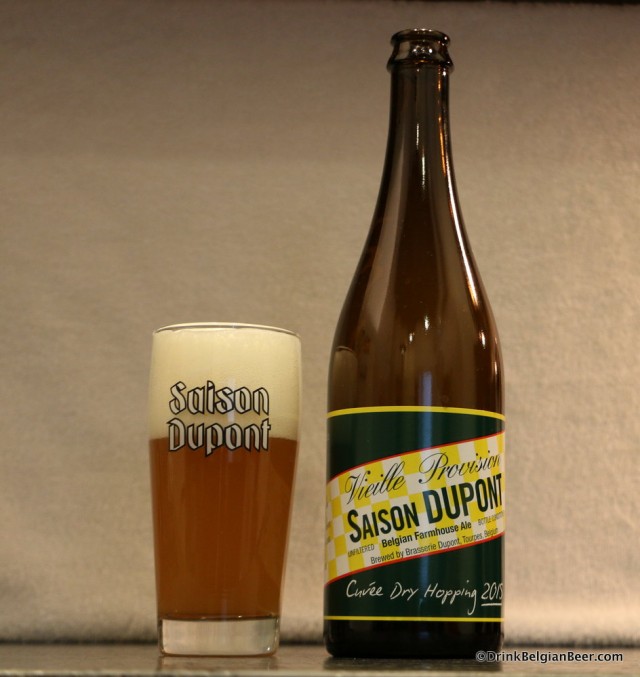 Olivier Dedeycker, Director and brewmaster of Brasserie Dupont, first brewed a dry-hopped version of Saison Dupont in 2010. The beer was a success, and a new version has been produced every year since. The hop used in the dry-hopping process for 2015 is Minstrel, a variety created in England by blending Cascade and Sovereign hops. 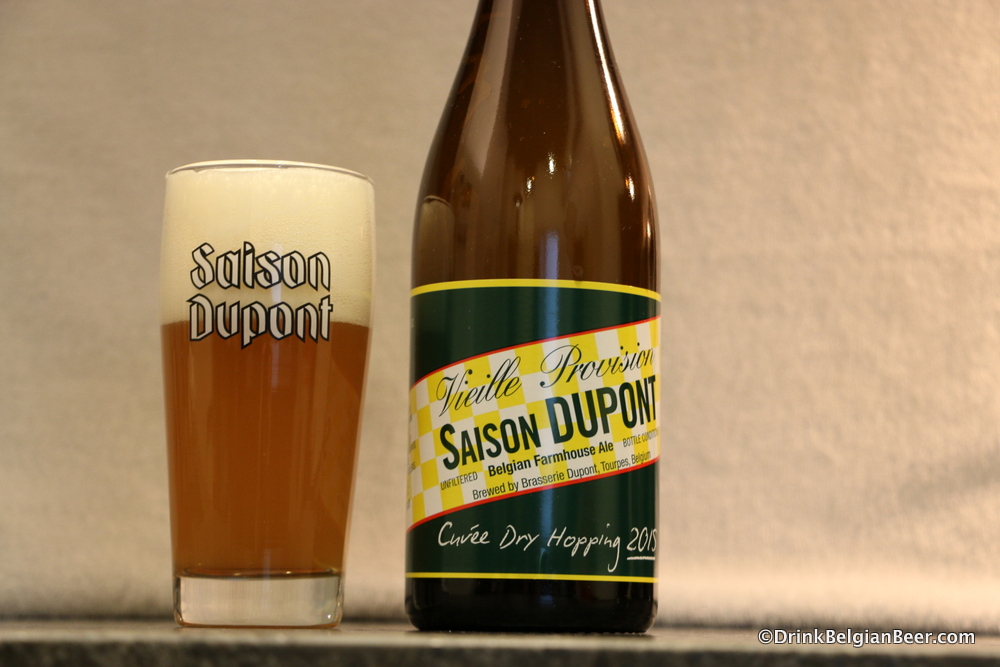 This hop gives the brew fruity, herbal, spicy overtones. The flavors added by the dry hopping, which is done with whole hop flowers late in the boil, are noticeable enough so that you might not recognize the brew as Saison Dupont in a blind tasting. 2015 is only the third year that the dry-hopped version has been available in the U.S., and this particular version will be not be brewed again. Previous versions featured hopping with Triskel in 2013 and Challenger in 2014. 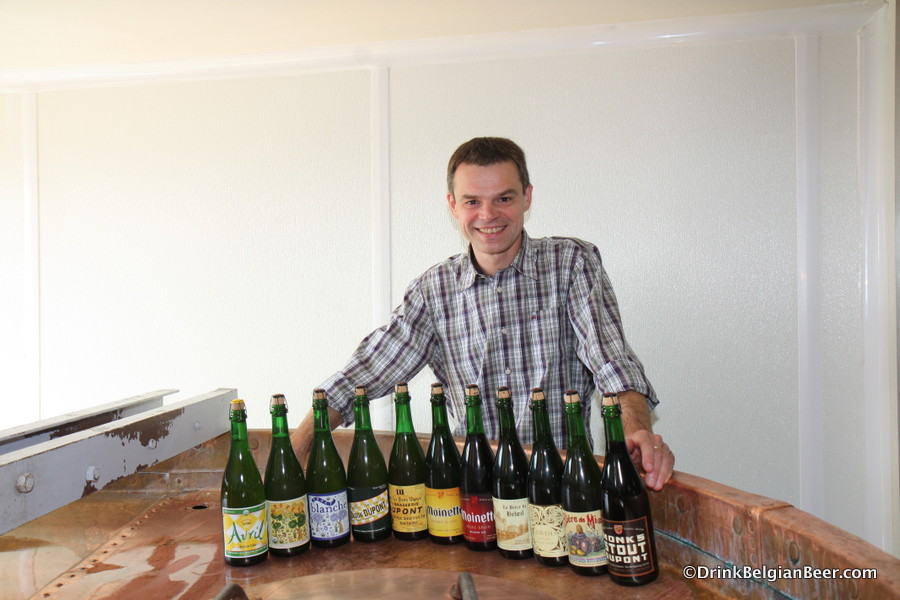 Brewmaster Olivier Dedeycker with some of his beers on top of the copper boiling kettle at Brasserie Dupont. 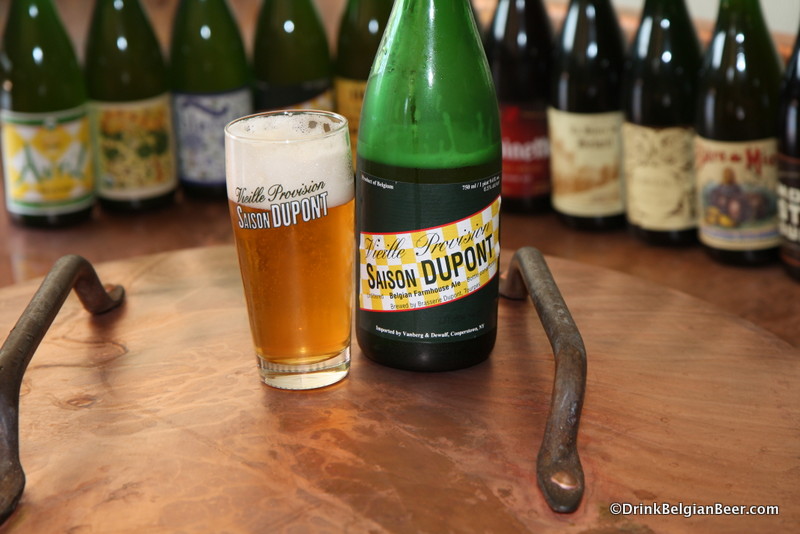 “Every year, Dupont’s Master Brewer Olivier Dedeycker makes a special dry-hopped version of the brewery’s world famous Saison Dupont, allowing him to incorporate a different hop variety each season. Brewed only once, each year’s vintage is made in limited production and can never be reproduced.”