The Orval Trappist brewery has announced the winners of the 2014 Orval Ambassador program. 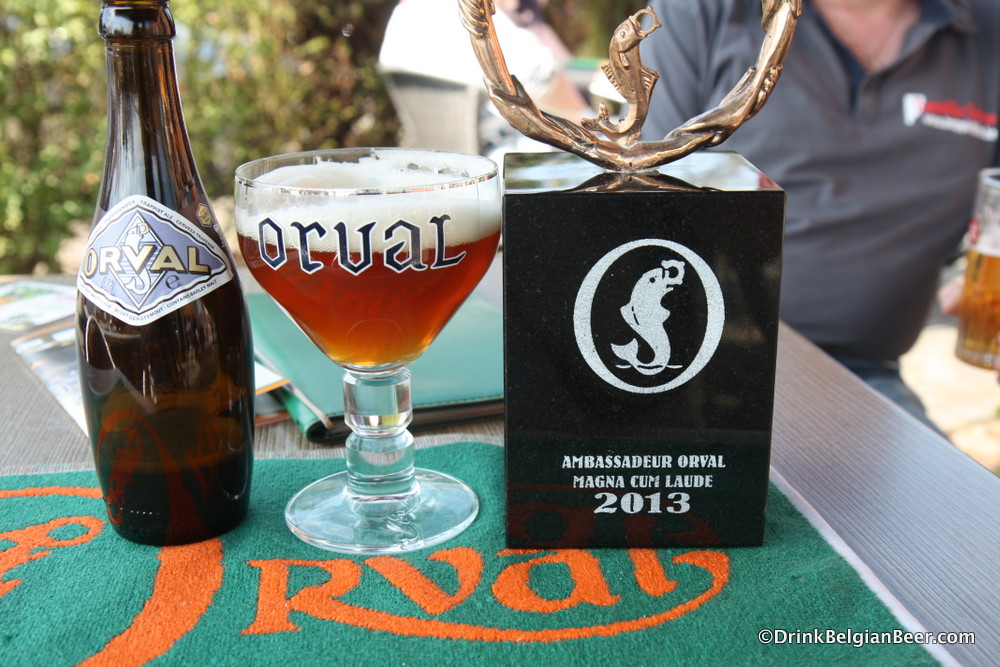 This from the Orval website: “For the 2014 edition, 325 cafés, taverns and restaurants have been rewarded for serving Orval. 231 establishments throughout Belgium, but also 7 in the Grand Duchy of Luxembourg, 21 in France, 1 in Germany, 35 in the Netherlands, 15 in English, 10 in Italy, and 5 in USA.” 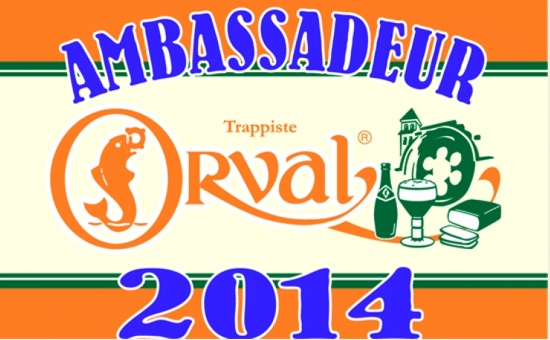 The Orval Ambassador label for 2014. 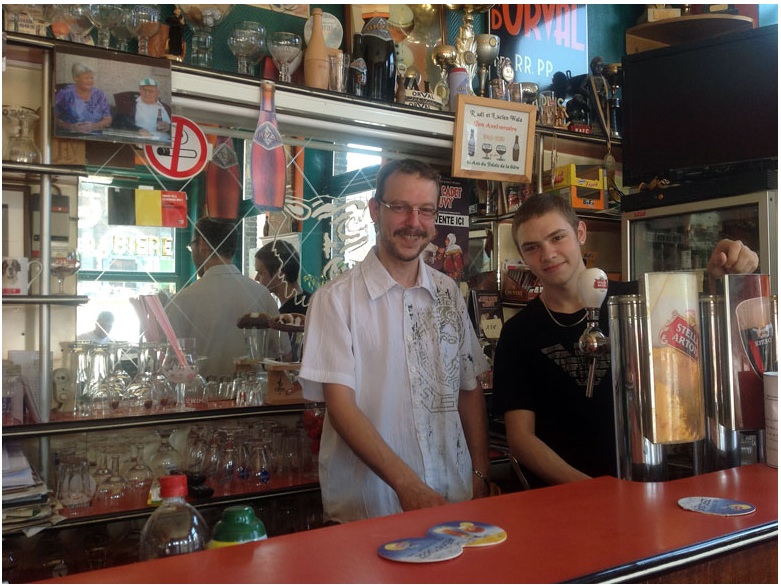 Owner Rudi Wala took over the cafe from his parents, in 1995. They had owned and run it since 1965. Clearly, Le Palais de la Bière is a family affair.

Rudi met Brother Xavier, the monk in charge of the brewery at Orval, in 2001, and Xavier suggested he apply for the cafe to become an Ambassador.

It’s choice as the #1 Orval cafe for 2014 might come as no surprise to some, as, judging by the website, the place is a monument to Orval and its beer, and has been since 2002. It has been an Ambassador every year since then, except 2006.

So, you have no excuses. Get to Belgium and visit the number one Orval Ambassador in 2014! I plan to. 🙂

For more info on the Ambassador program, see here 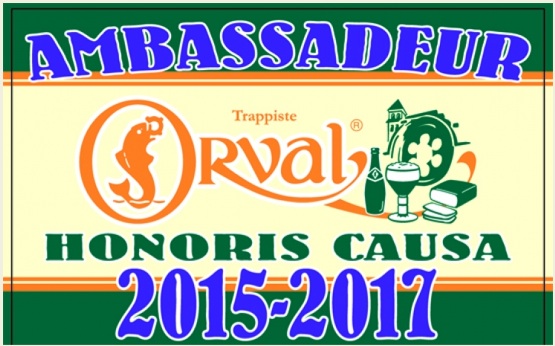