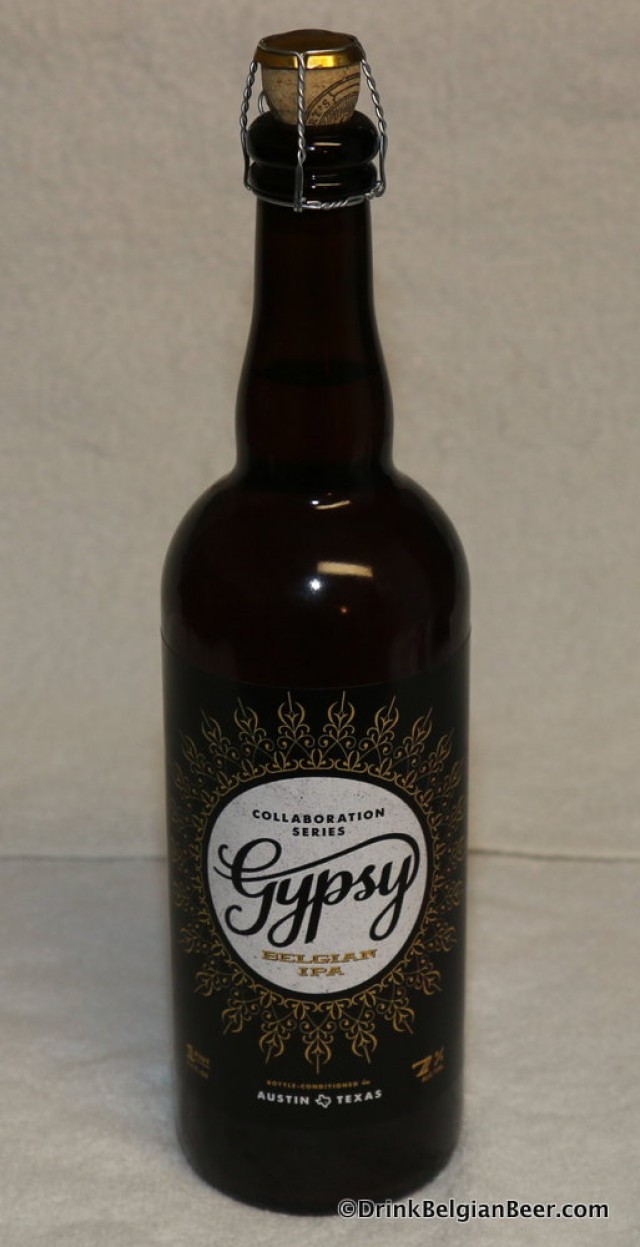 Christine Celis, daughter of the esteemed Pierre Celis, who resurrected white beer in Hoegaarden in 1966, has brewed a Belgian-inspired IPA in the U.S.A. 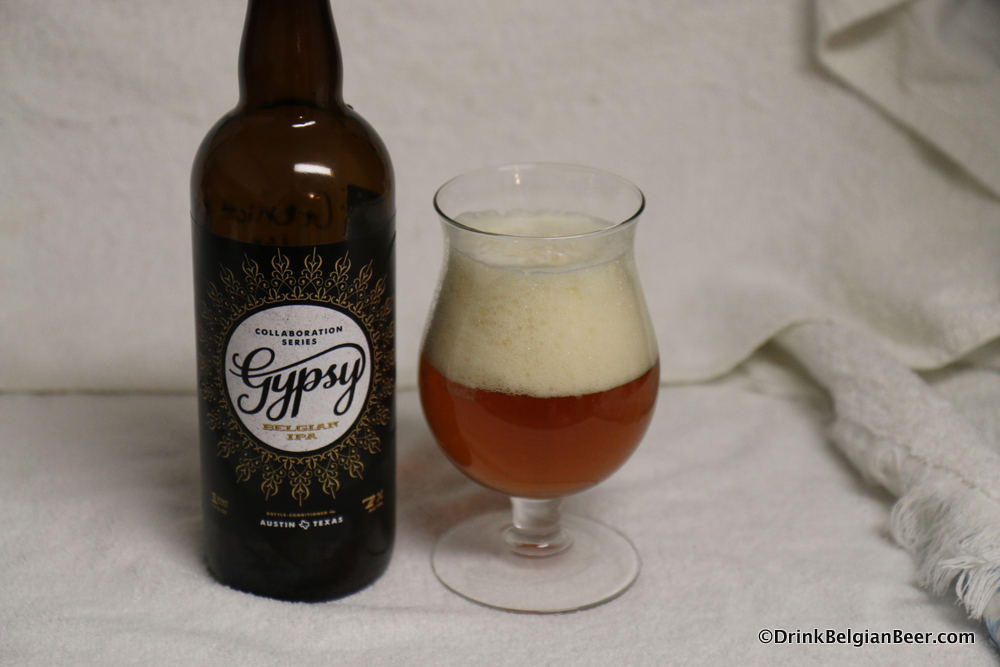 Christine and the last brewmaster at the Celis brewery in Austin, Kim Clarke, brewed the beer, Gypsy Belgian IPA, at Adelbert’s Brewery in Austin, Texas. It was released on draft and in bottles on November 18th. There may still be some kegs and refermented, corked, 75 cl bottles available in the Austin area.

The brew is 7% abv and 60 ibu. One bottle managed to make it my way, somehow, and I found it a very pleasant, easy drinking beer, which reminds me of some of the better Belgian-made IPA’s: not too intensely hoppy, but balanced, with a good hop character and malt backbone, and Belgian yeast character. Very much worth tasting if you can find it on tap or in bottle.

This is the first of what is likely to be a series of gypsy brews from Celis and Clarke. Christine told me recently: “Kim and I are working on our second Gypsy beer with a local brewpub which is allowed to sell beer outside the pub since last year. It should be a lot of fun.”

You can read more about it here 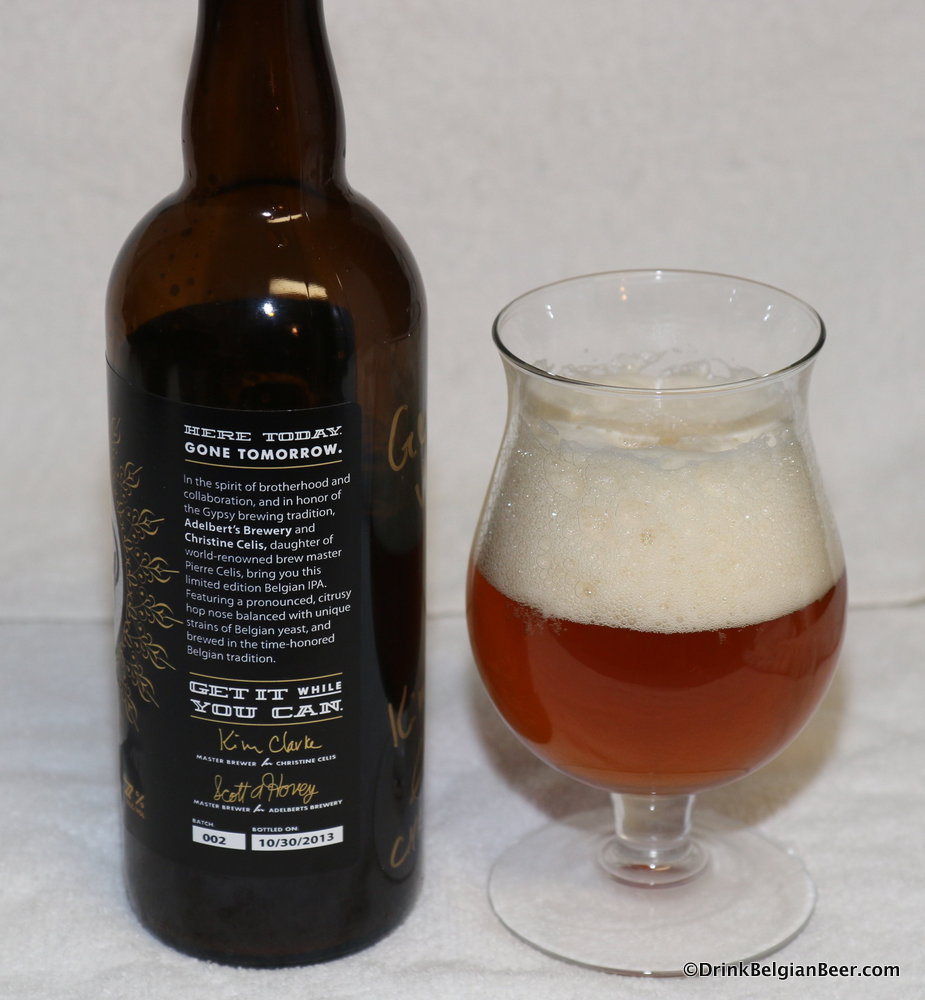 « Beers of the World Magazine returns, in digital form Brouwerij De Schuur, and a next generation Belgian brewer »