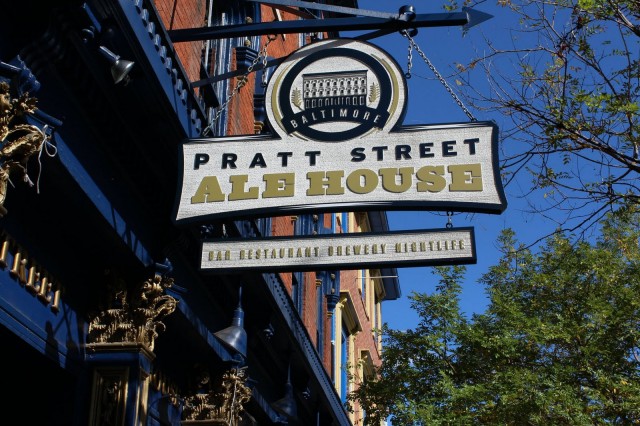 One of the premier beer events of Baltimore Beer Week, and one of the top cask ale festivals in the Mid-Atlantic region, is coming soon. The 7th annual Chesapeake Real Ale Festival will be held Saturday, October 18 at Pratt Street Alehouse, at 206 W. Pratt Street in Baltimore.

The VIP Session begins at 11 am. General Admission begins at noon, and goes till 5 pm. Note that this is a change to an hour earlier than what was initially scheduled. The VIP session will provide access to several rare and exclusive beers, as well as a varied selection of tasty eats. These are included in the ticket cost of $60.00, and are meant to compliment the brews. A VIP ticket includes admission to the regular session as well.

There will be more than 50 cask-conditioned brews on offer from all over the U.S.A. and abroad during the general admission session, which runs $40.00.

During the general admission session, food will be available from the Pratt Street Alehouse kitchen. You can view the menu and see prices here

If you are a fan of cask-conditioned beer, this fest is for you! Don’t miss it.