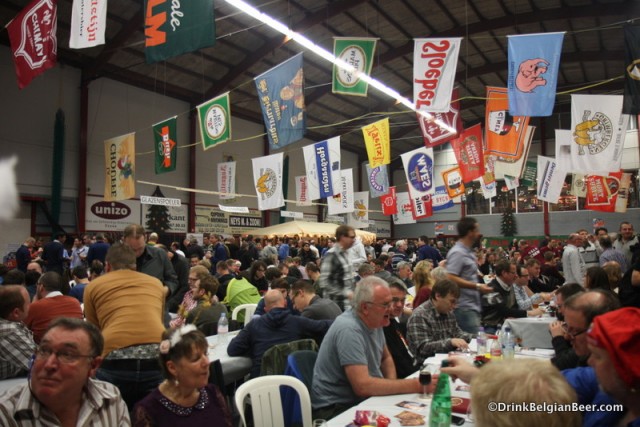 The O.B.E.R. Kerstbier festival is this weekend, and, as always, it should be a great one. O.B.E.R. are the Objective Beer Tasters of the Essen region. Essen is a small city near the Dutch border and the city of Rosendaal, about 45 minutes from Antwerp, in Antwerp Province.

O.B.E.R. is a Zythos-affiliated beer club, and it has been around since before Zythos was created in 2003. 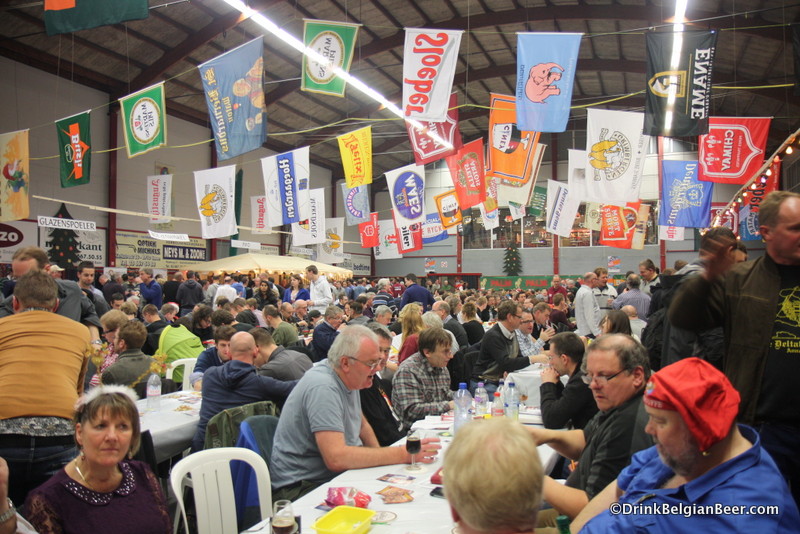 I have attended the fest five times since 2001, with the most recent being in 2012. I won’t be there this year, sadly, as I was just in Belgium recently.

There will be 189 different brews on the menu this year, with 20 on draft, O.B.E.R. Chairman Gunter Mertens told me in a mail today, 10 December. “Plus, we’ll have a surprise keg on tap this Sunday that will take the total to 190. And this is our 19th year,” Gunter also mentioned.

Here’s an update from Gunter from 6 December:

To heat up the fire a bit more: Our beer list is getting more and more refined. At the moment is says 157 times “OK” on our work list of 185. The rest of 28 beers contains quite are dubbed ‘almost OK’. Some of them are however really unsure of even OK, but “top secret”. (“code 14” on our list) (Note from DBB: The fest beer total has reached 189, as you can read, above.) 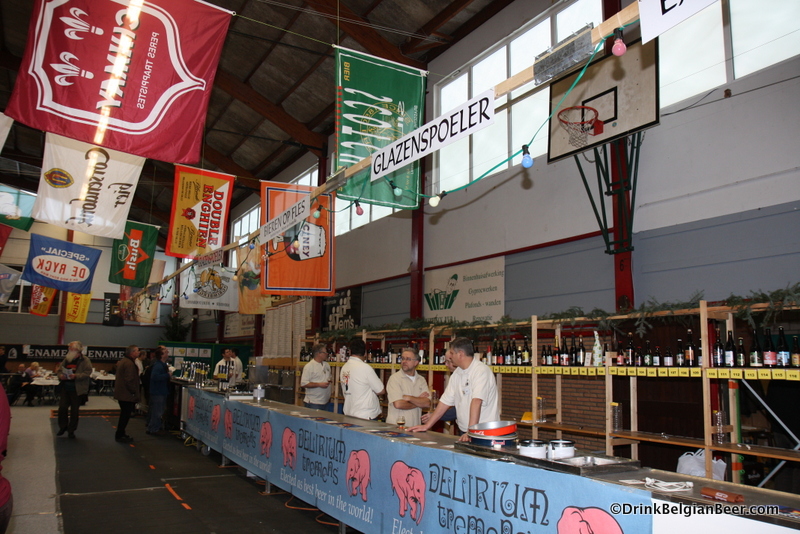 The bar at the OBER Kerstbier fest, Essen, Belgium.

DE LIJST
Not too much beers that disappeared from the list: only Tsjeeses Port Barrel Aged (Struise Brouwers) on draught is worth mentioned, but we still have it bottled and the Bourbon Barrel version on draugt as well as bottled. Lots of new Mikkeller beers on the list. “Easy” to get a lot of your beers on the list if you age them in different liquor barrels. Santa’s Little Helper & Fra-Til-Via are on the list in 4 different versions. Strikingly a lot of barrel aged beers on the list, also by Belgian brewers themselves. Gulden Draak Brewmaster Edition, Melchior Bourbon & Monbazillac Barrel Aged, Bon Homme d’Hiver Oak Aged, Kleveretien Oak Aged (Het Nest), and of course “our” Kerstvuur 2012 Oak Aged by Pirlot for the 20th anniversary of our club O.B.E.R.. 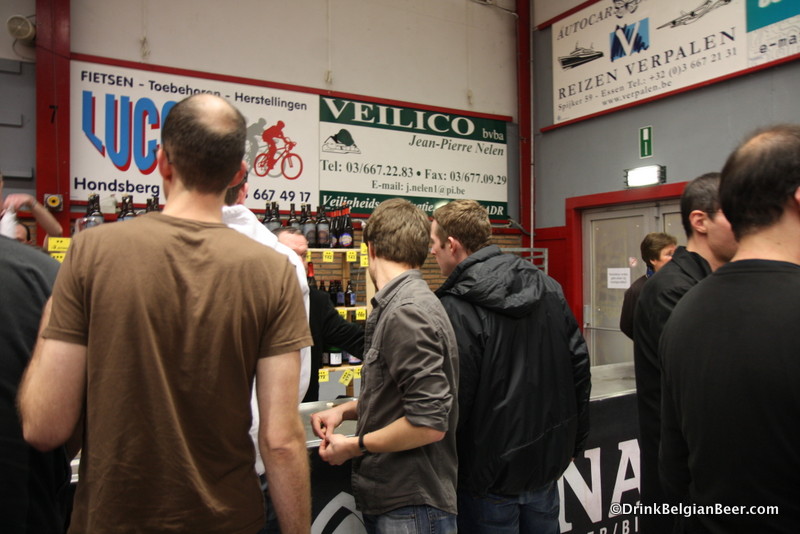 3 More odd beers out come from White Pony microbrewery, an Italian brewer who contracts his brews at ‘t Gaverhopke.

See for yourself. The updated list is at http://www.kerstbierfestival.be/lijst.htm 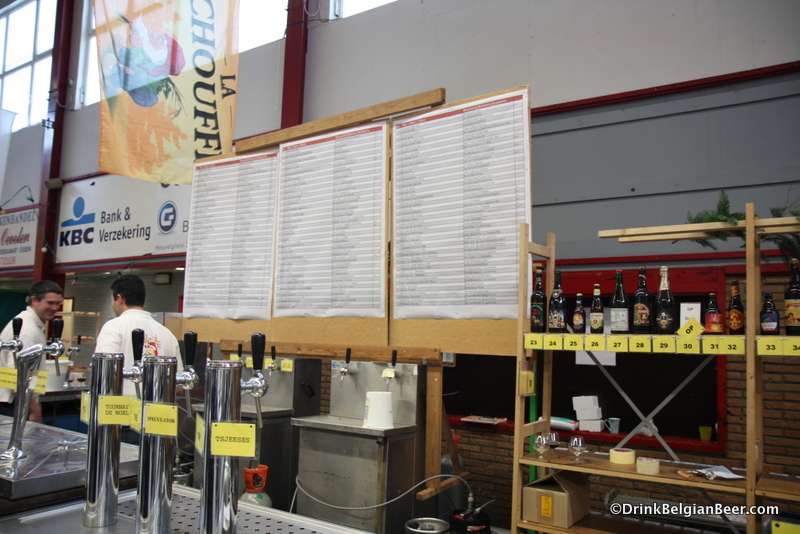 The bar and beer list at the 2009 OBER Kerstbier fest.

RAFFLE & POLL
Due to the success of last year the Raffle and election Best Beer of the Festival will follow the same formula as last year. With your glass you get a ticket to vote for your favorite beer of the fest. The tickets go in a bucket and a week after the festival we pick ten winners and make them happy by sending a nice prize to their home.