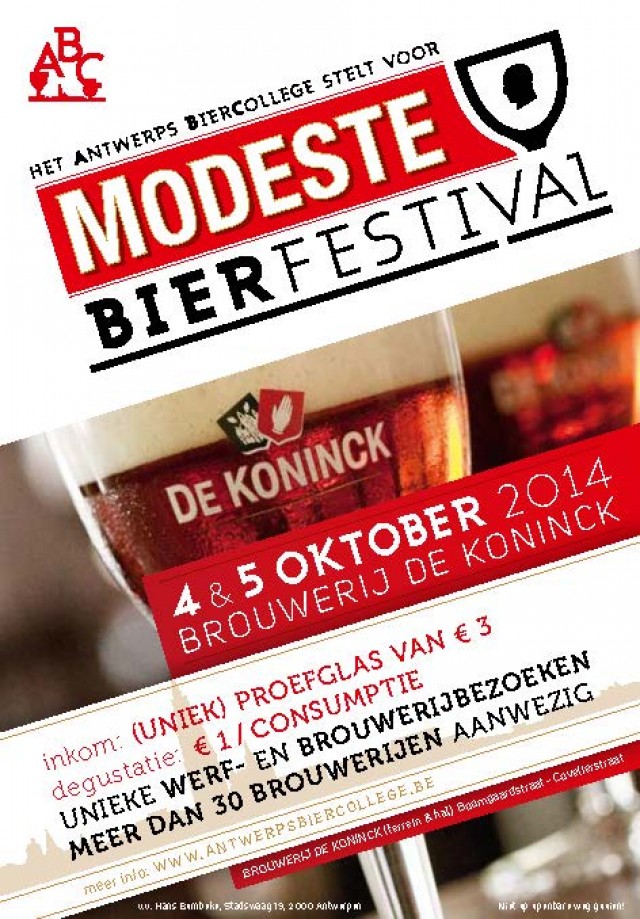 One of Belgium’s better beer festivals is coming up soon. The Modeste Beer Festival, held on the grounds and buildings of Brouwerij De Koninck in Antwerp, is set for Saturday and Sunday, October 4-5. The hours are 11 am to 7 pm, which will give you plenty of time to explore Antwerp’s many great beer cafes afterwards. 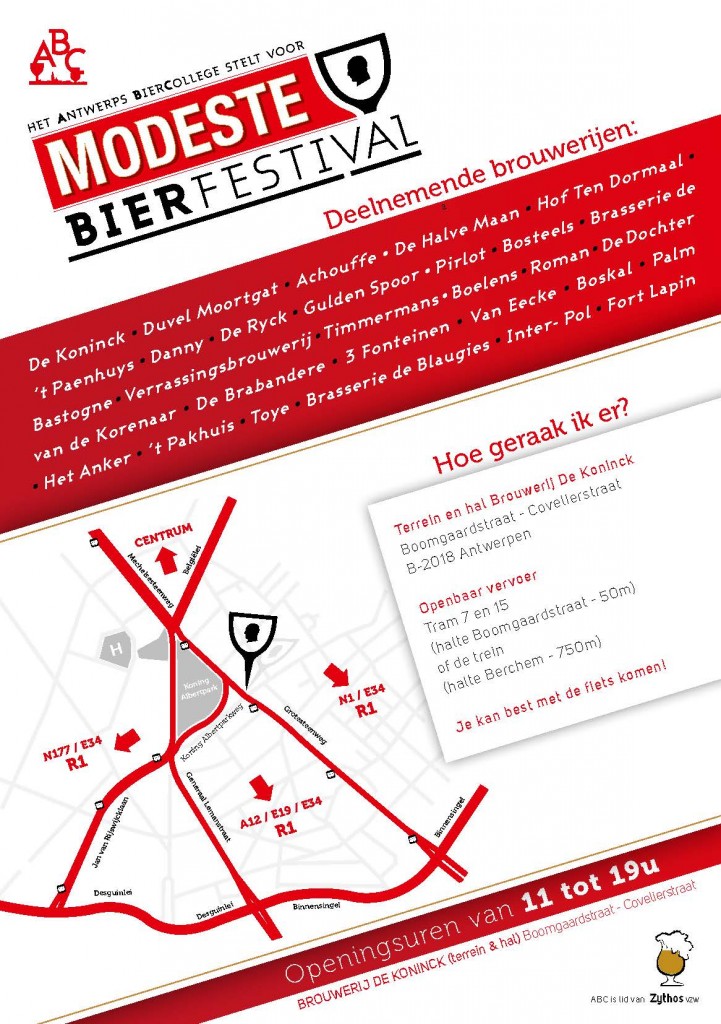 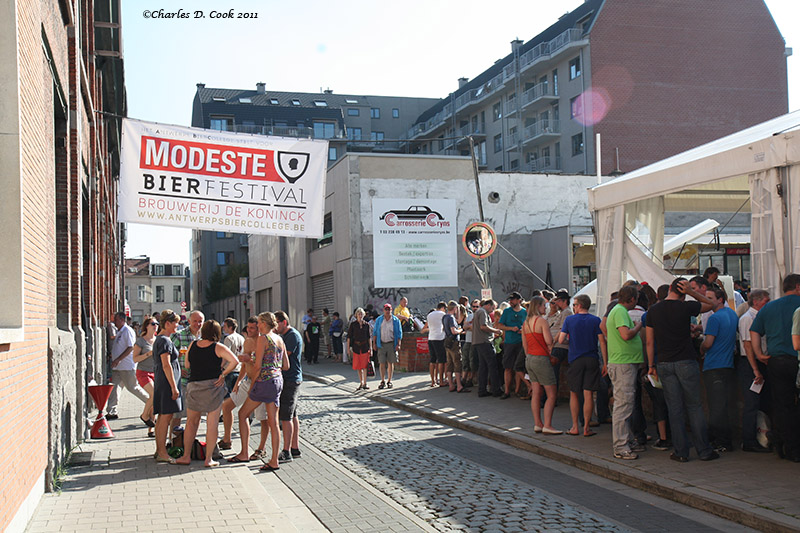 This is the fourth edition of the fest, which is organized by ‘t Antwerps Beer College (ABC) in conjunction with Duvel-Moortgat, which owns De Koninck. ABC is a Zythos-affiliated beer appreciation and promotion group located in Antwerp. There will be 30 breweries on hand, pouring about 100 different beers. There will also be additional events. These include a beer and chocolate tasting for an additional fee of 20 euro, and beer and cheese pairings by the Van Tricht cheesemaker, based in Antwerp. These tastings will be at 2pm and 3pm on both days and cost 7 euro per person. 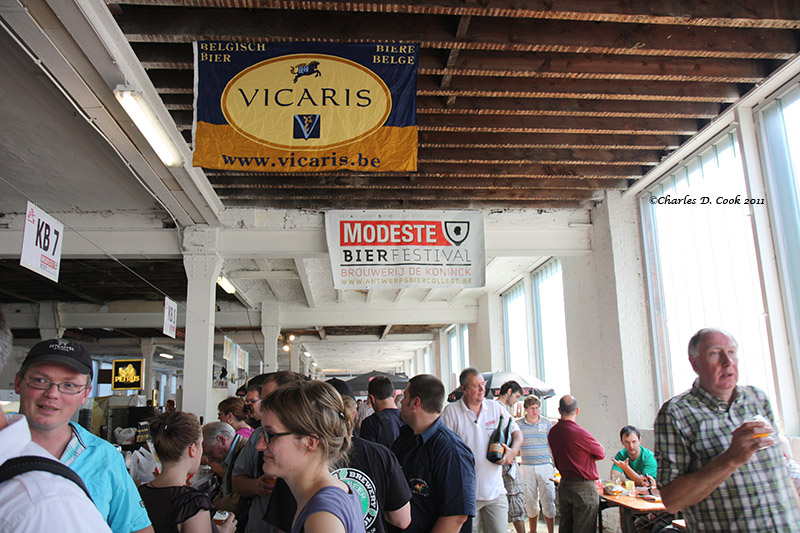 A shot inside the main Modeste beer festival building.

Guided tours of the De Koninck brewery will be given continuously over the weekend, with two of these each per day being a technical tour by the brewmaster. 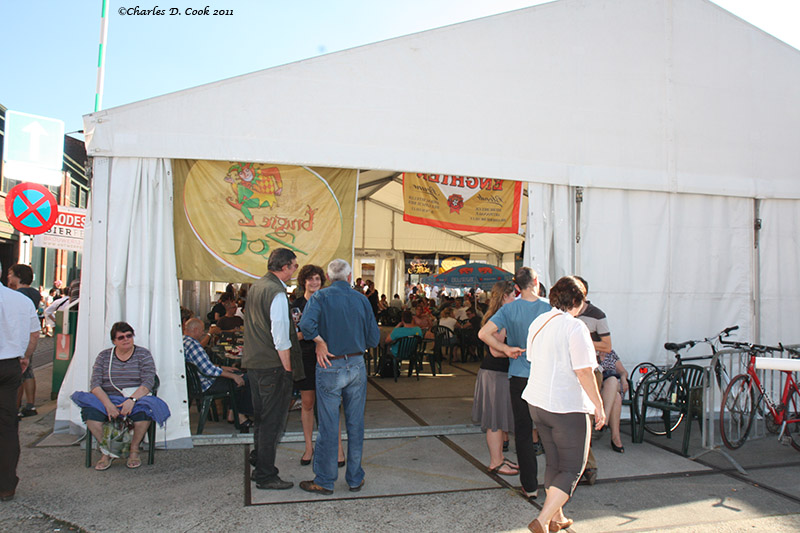 One of the Modeste Beer Festival tents. It was nice weather in 2011!

The purpose of the festival to expose beer drinkers to both small breweries as well as the beers of the Belgian Family Brewers, which includes several Duvel-Moortgat breweries. Each tasting costs one euro, and the serving size is 15 cl. Tasting glasses, which make a great souvenir, cost 3 euro. 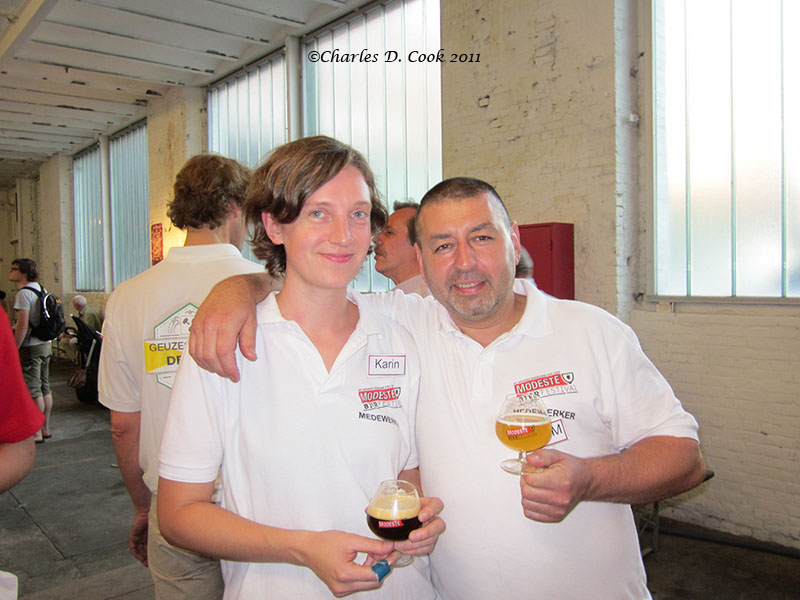