Weekend of Oude Geuze, Vini, Birre, Ribelli, and the Day of the Lambic 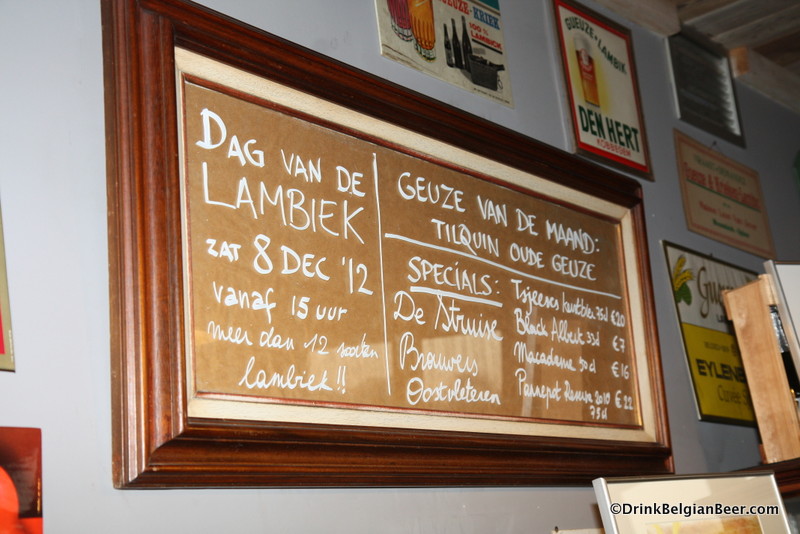 Sign that was up during the Dag van de Lambiek in 2012.

The weekend of December 2 will also see an important beer event in Belgium. For lambic beer lovers, The 10th edition of the “Dag van de Lambiek” or “Day of the Lambic” will take place on Saturday, December 2, at “The House of Gueuze” at Nellekenstraat 42A, Lennik, Belgian postal code 1750. The Day of the Lambic is organized by The Gueuze Society (Het Geuzegenootschap.) The first Day of the Lambic was organized in December 2008, and it has been held every year since. 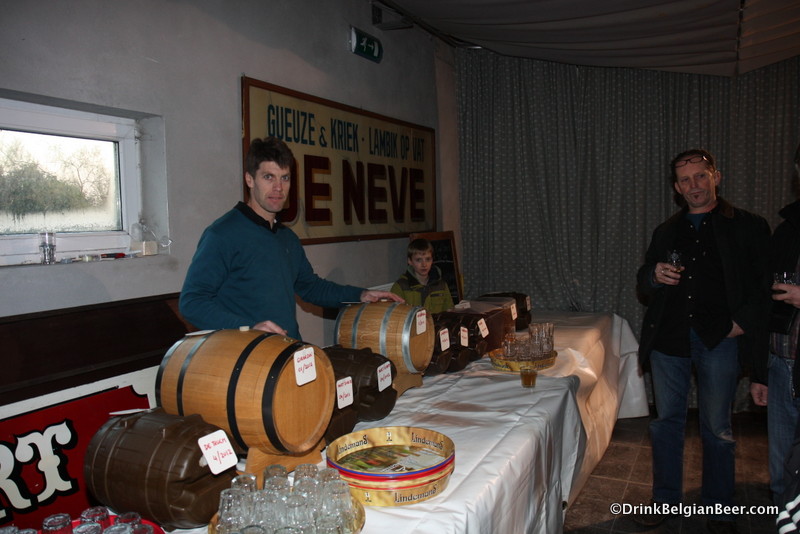 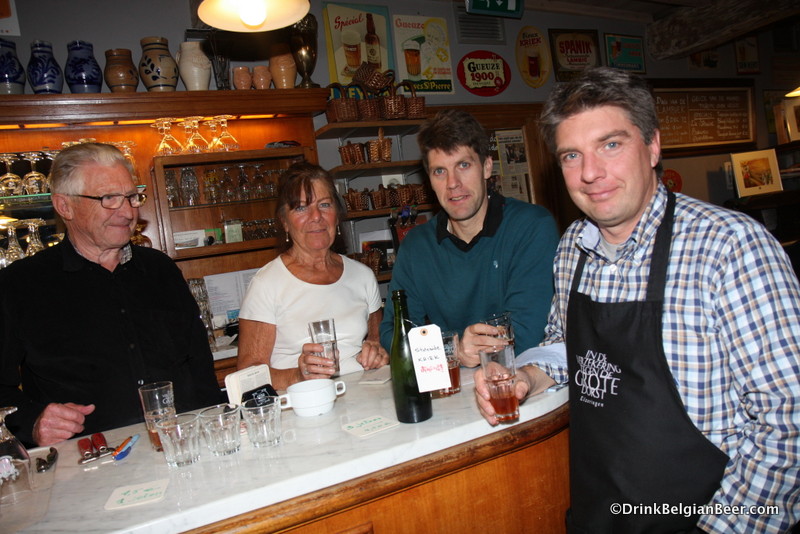 This 10th edition will be organized at the warehouse of “The House of Gueuze” (Het Huis van de Geuze) which is located behind cafe “Bij Schaekels.” As to the selection of straight draft lambics that will be on offer, Yves Panneels, Chairman of the Gueuze Society, said recently: “We will have lambic from Boon, Lindemans, Girardin, De Troch, Timmermans, Oud Beersel, 3 Fonteinen, Mort Subite, De Cam, Brett-Elle, and most likely a very exclusive fruit lambic.” 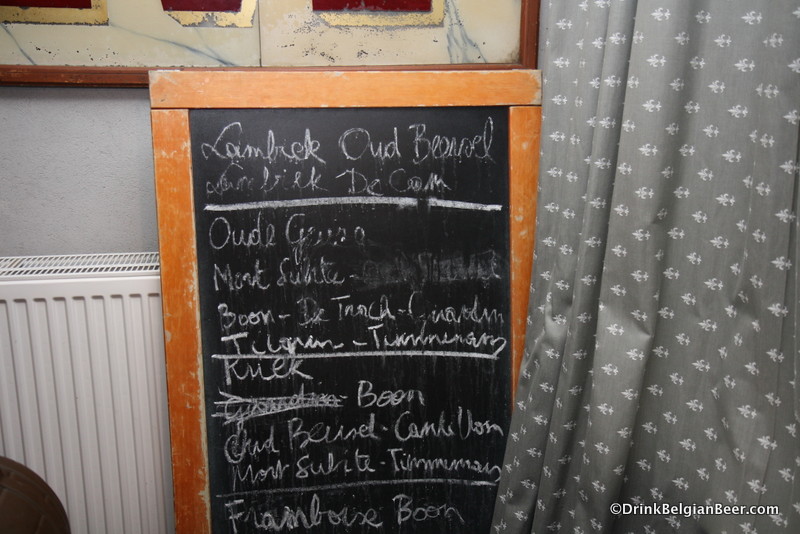 Some of the available beers during Day of the Lambiek 2012. 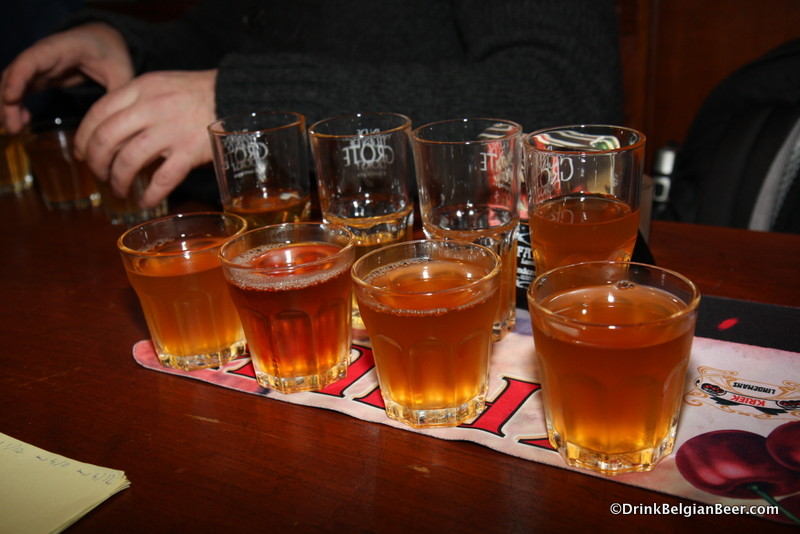 Different lambics at Day of the Lambiek 2012. 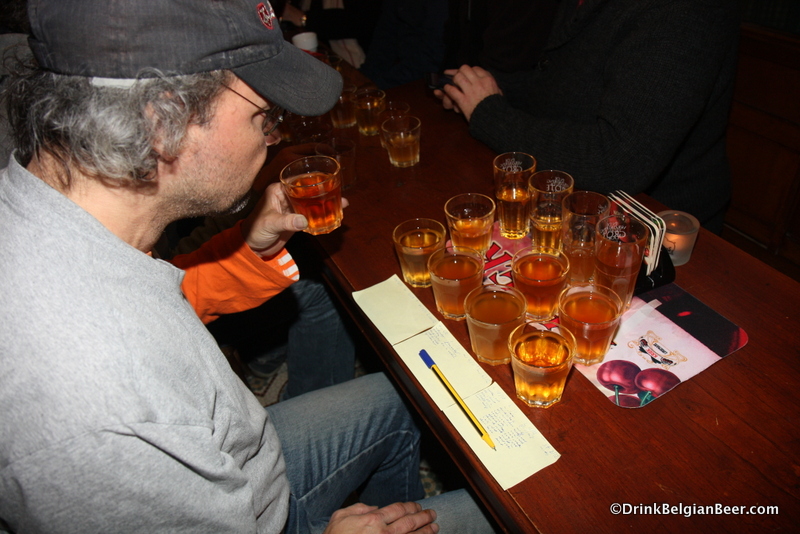 Uli Kremer, blender of the H. Ertie lambic and other blends, doing some beer research at Dag van de Lambiek 2012.

I attended the 2012 Day of the Lambic, and based on my experience, you can expect to see up to a dozen draft lambics on offer that have been aged anywhere from six months to three years in wooden barrels. These lambics will be pulled directly from barrels at the various lambic producers. There will also be gueuze paté and gueuze cheese on offer, because every beer fest needs food. 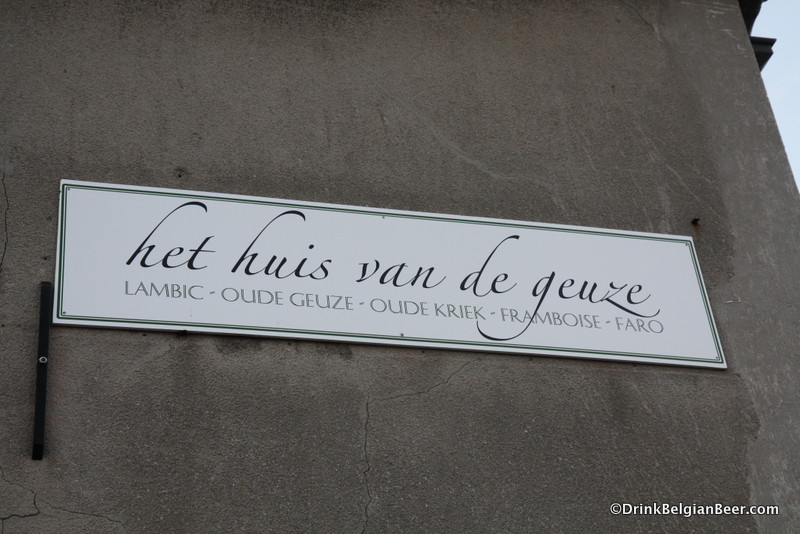 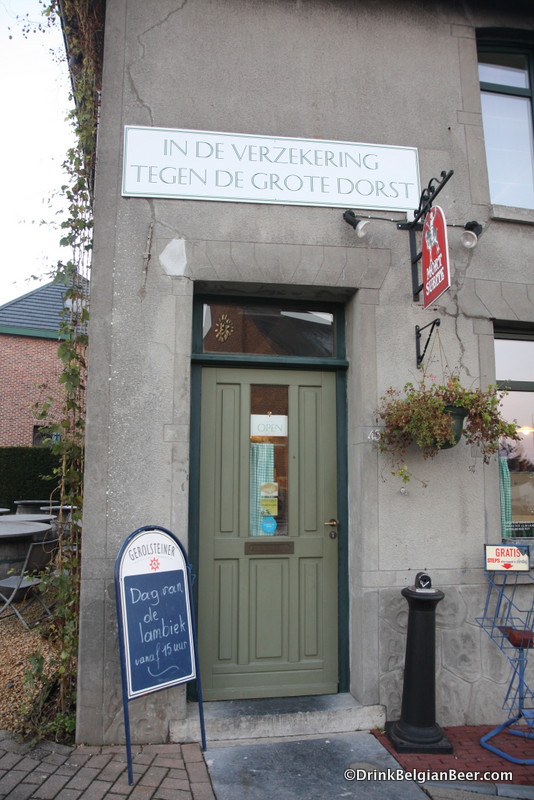 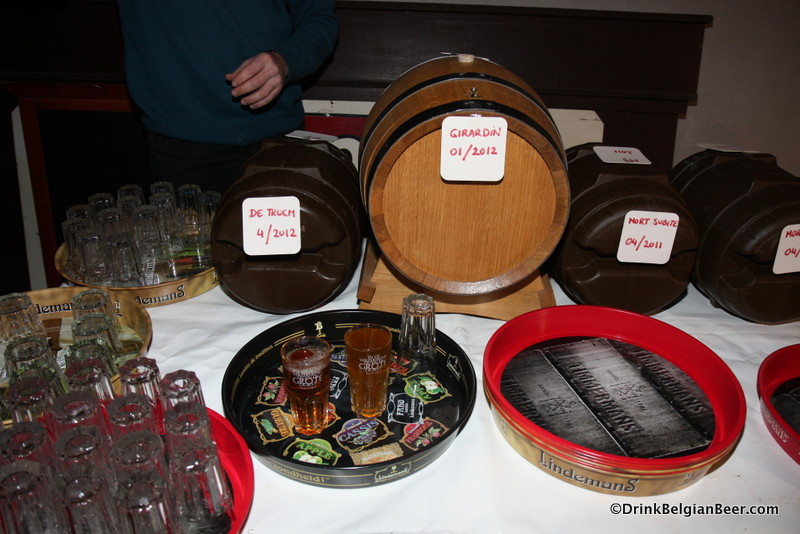 Some of the lambics on offer at Dag van de Lambiek 2012.

The “Dag van de Lambiek” sort of brings Toer de Geuze to one place, where lots of unblended lambics can be tasted. It’s another must visit event on the bucket list of any lambic beer aficionado. The House of Gueuze is located less than 2 km southwest of In de Verzekering tegen de Grote Dorst, and The Geuze Society will organize a free shuttle service running between the cafe and the warehouse. See map below. The hours of the festival are 3 pm to 10 pm. Get there! 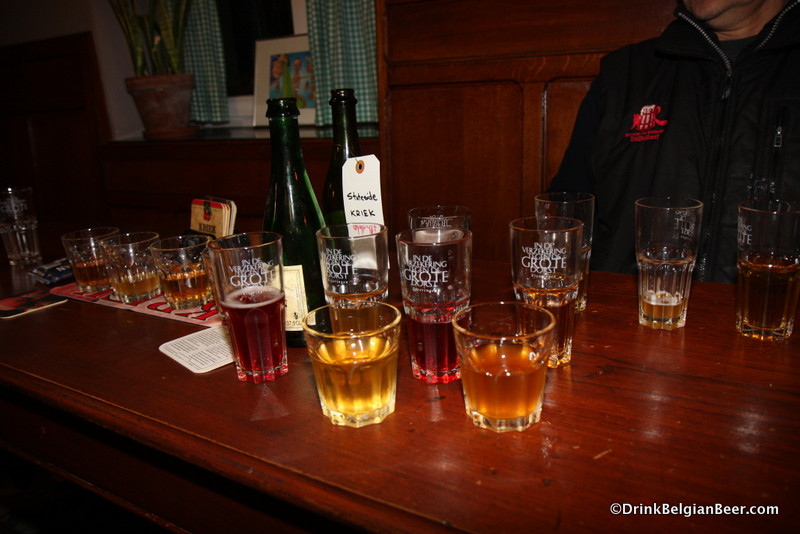 Some lambics and kriekenlambieks at Day of the Lambic 2012.