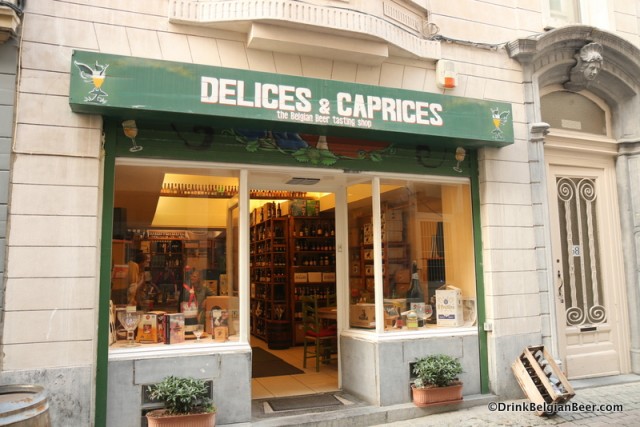 Our “Cafe of the Week” really isn’t a cafe, per se, but you can drink beer there. You can also buy beer to take home (or wherever else you plan to drink it. As long as you enjoy it.) 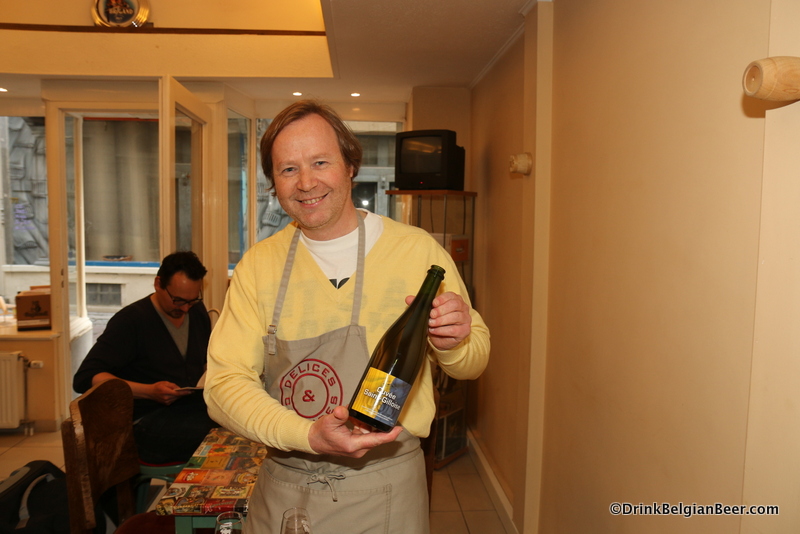 Délices & Caprices calls itself: “The Belgian Beer Tasting Shop in the heart of Brussels,” and owner Pierre Zuber offers private, tutored tastings in a cozy setting.

You can also walk in anytime during the opening hours, from 2 pm to 8 pm Thursday through Monday, and buy a bottle from the selection of hundreds on offer, and sit down and taste your beer at one of the several tables in the shop. 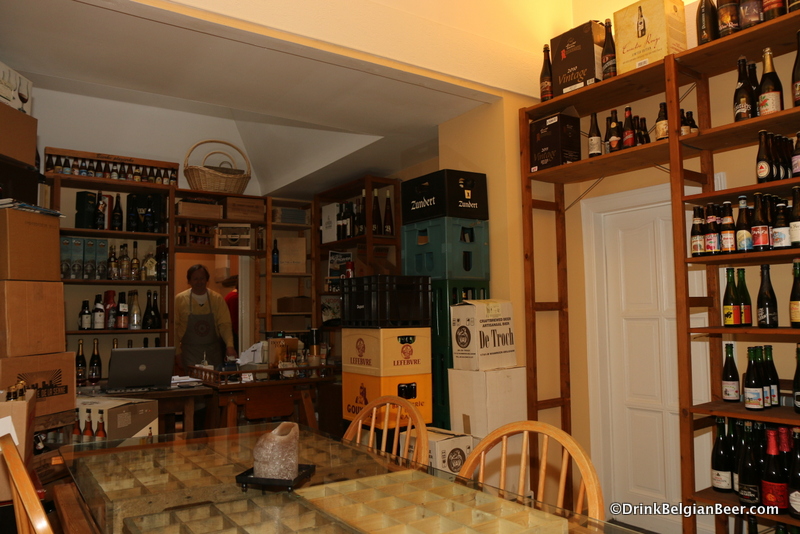 “My aim is to introduce interested customers to the whole range of lambic, abbey, Trappist, and other special beers, and teach them to appreciate such brews. So you can drop in for a glass any time,” Pierre told me during a visit on April 24th. He and his wife are very knowledgeable and welcoming hosts. 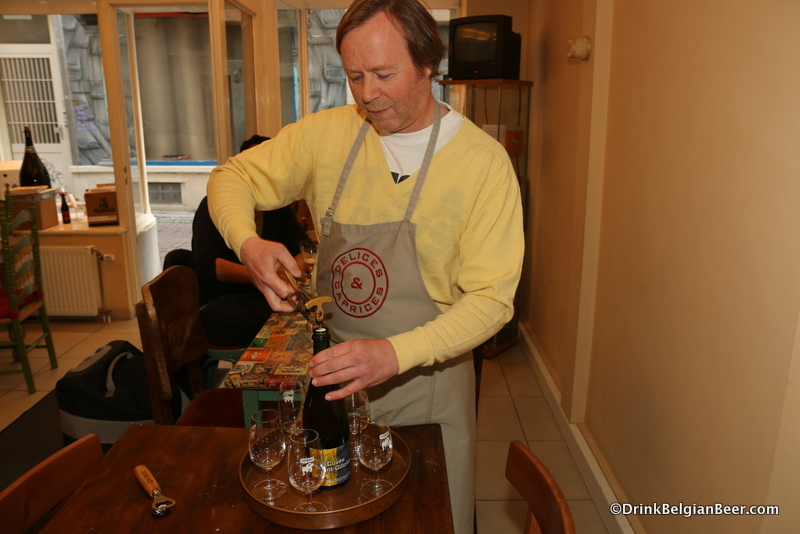 Pierre Zuber opening a Cantillon Cuvée Saint-Gilloise. It was excellent…

“When I emigrated here from Switzerland many years ago, there were not any really good beer shops in the center of Brusssels. So I opened one myself,” Pierre remarked, as we sampled a Cantillon Cuvée Saint-Gilloise (which was fabulous, as usual!) 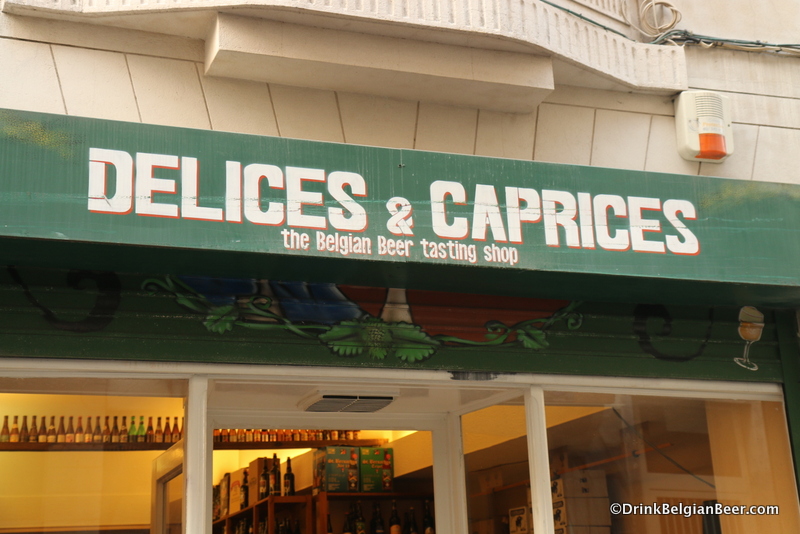 The shop was renovated over the winter of 2013, and the result is a locale brimming with great beer and beer ephemera on a fairly quiet street in Brussels, at Rue des Bouchers, 68. Also, Pierre occasionally has draft beer on offer, in the form of bag-in-box lambics and other brews. Gift packs with beer and glassware are also available, as are books on the subject of beer.

Unlike so many of the beer shops in central Brussels, which might best be described as expensive “Tourist Traps” Délices & Caprices is the real deal for beer lovers. Get there, and you’ll see what I mean.