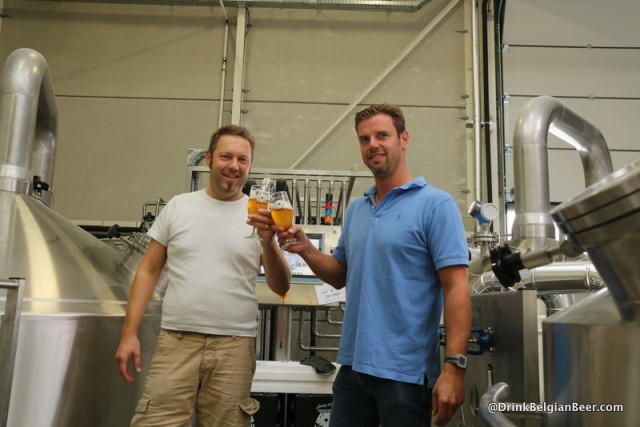 Anyone who has tasted the Het Nest beers, such as the excellent, brett-infused De SchuppenAas (Ace of Spades) should know how superb these beers can be. Brouwerij Het Nest now has their own brewery on the outskirts of Turnhout, Antwerp Province. Expect big things in the future, such a tasting room with six to ten taps, and a cellar for barrel-aging. The cellar is already ready for barrels. 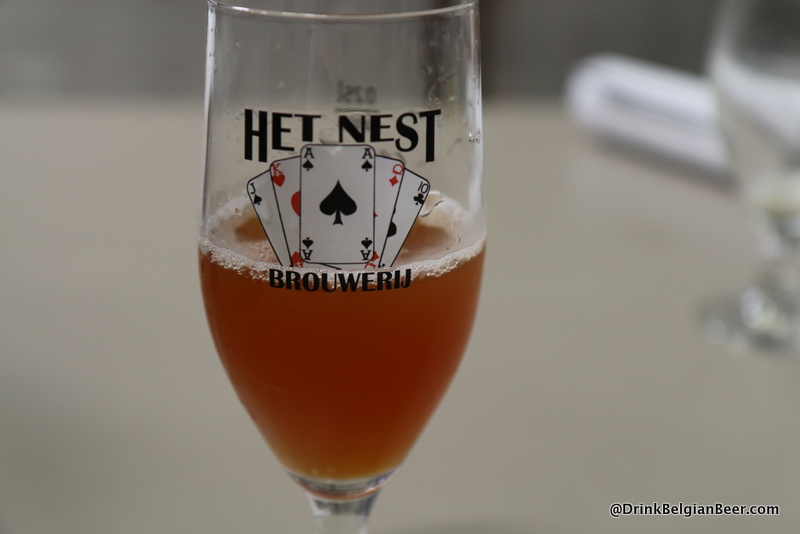 A glass of De SchuppenAas, right from a fermenter, before the addition of brettanomyces.

“Our first beer is a calibration beer, a saison,” said Guy Verbunt, as I toured the new facility on September 9. “It was just an experiment, and we may not brew it again,” Guy added. I have to take issue with that, as the beer was very, very good. It should be brewed again, and added to their lineup. Guy and Filip are shown drinking that saison in the photos in this article. 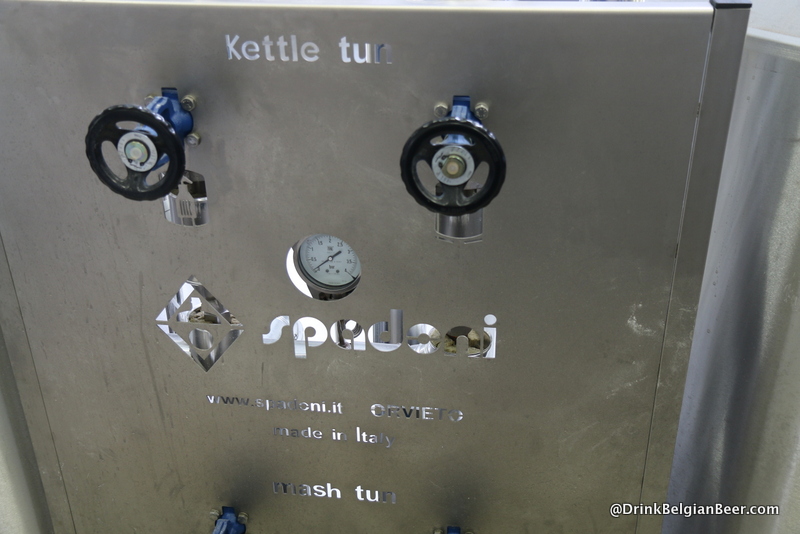 The Het Nest brewery was built in Italy.

I also tasted young De SchuppenAas, before the addition of brettanomyces. It was very good, and it was interesting to taste the base beer, their first batch of this brew at the new, Italian-built brewhouse. I also tasted the Hertenbeer Blond and Bitter, which was a hoppy, well-balanced brew as well. 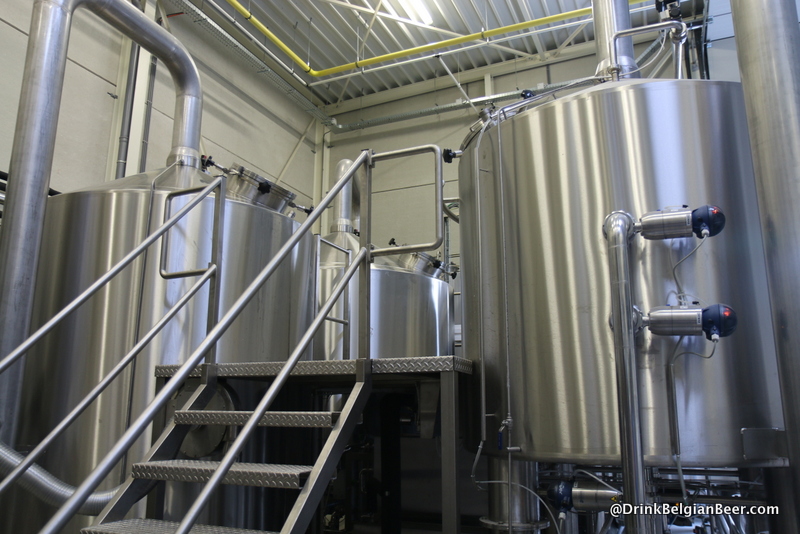 The Het Nest crew of Gust Hermans, Bart Cuypers, Filip Govaerts and Guy Verbunt intend brewing a wide variety of beers. This is a brewery to watch. I expect great things. No pressure, gentlemen. I’m sure you are up to the task.

The official brewery opening date for the public is October 24-25, 2015. See here for more details. 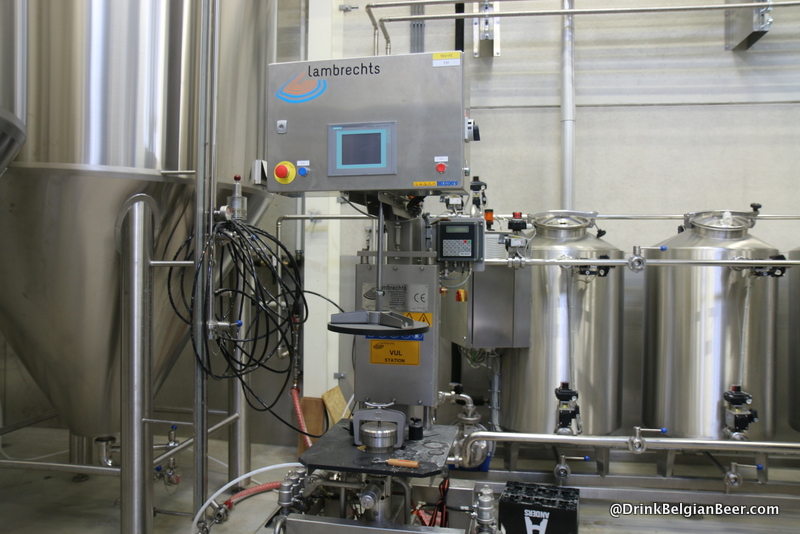 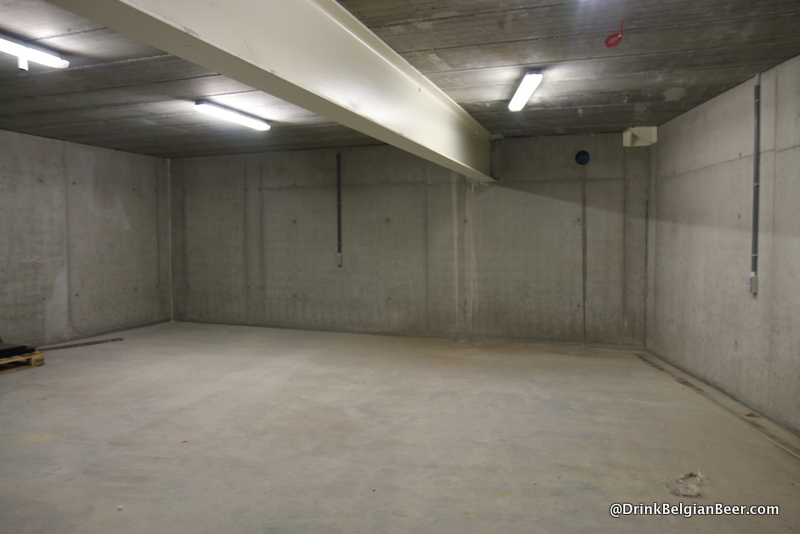 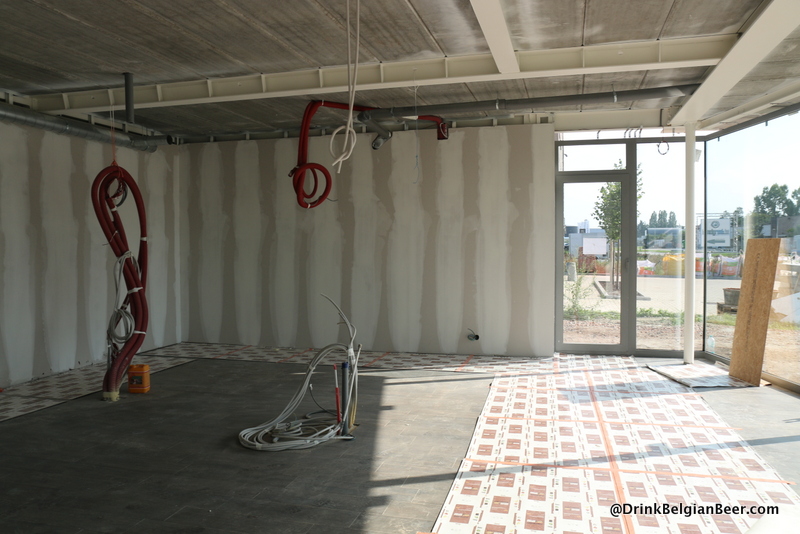 The future tasting room at Het Nest in Turnhout. 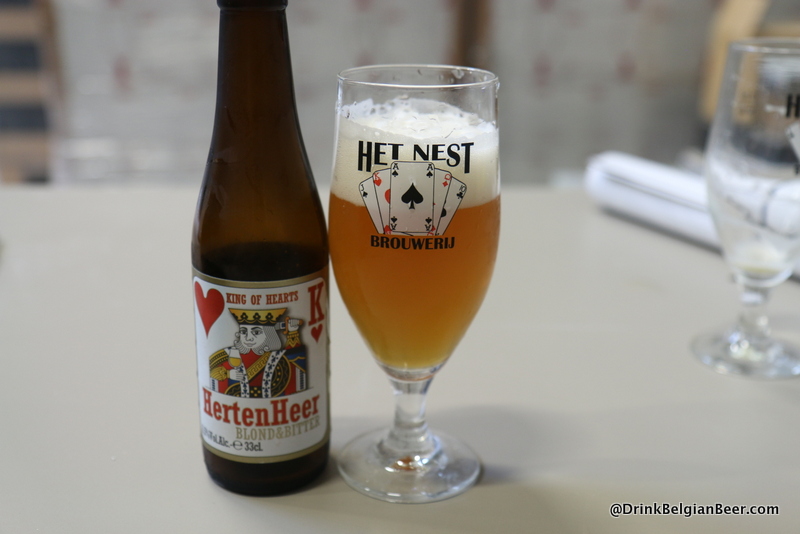 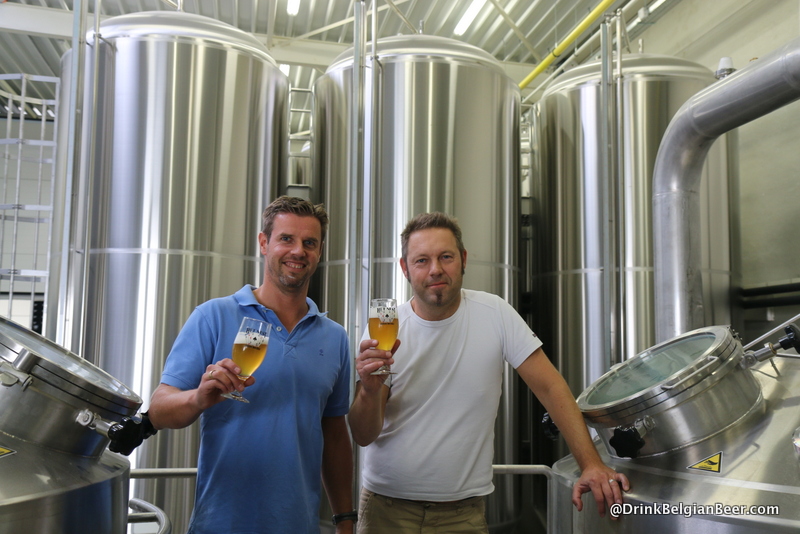 Filip and Guy in the brewhouse, with some fermenters behind them. 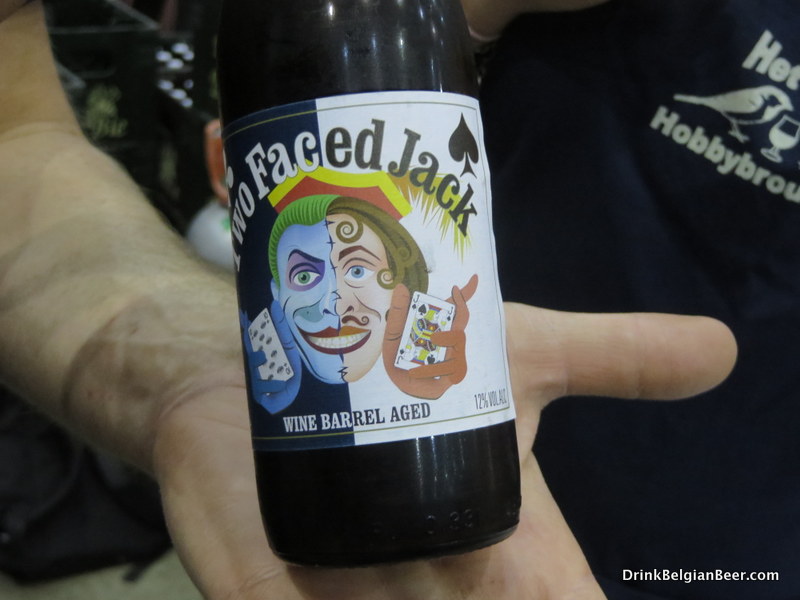 Two Faced Jack, a wine-barrel-aged Belgian strong ale that I tasted at ZBF in April 2015.