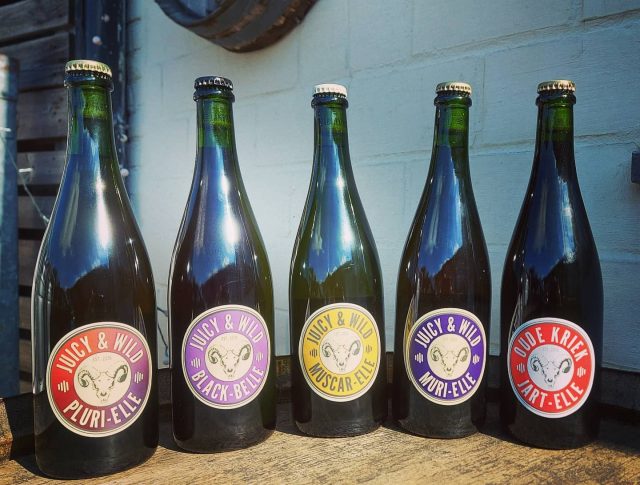 While the last year and a half or so has been a very difficult one for Belgium’s beer cafes and brewery tasting rooms, some breweries have not let up in their quest to expand production, and to add new beers to their existing ranges, due to strong demand from beer drinking fans around the world. One such brewery/lambic blendery is Lambiek Fabriek, which officially opened for business in 2016 in Ruisbroek, in the heart of the Payottenland, Belgium’s lambic country. I first visited the original blendery site on a cold, rainy day in November 2017, and covered that visit in this previous article here. 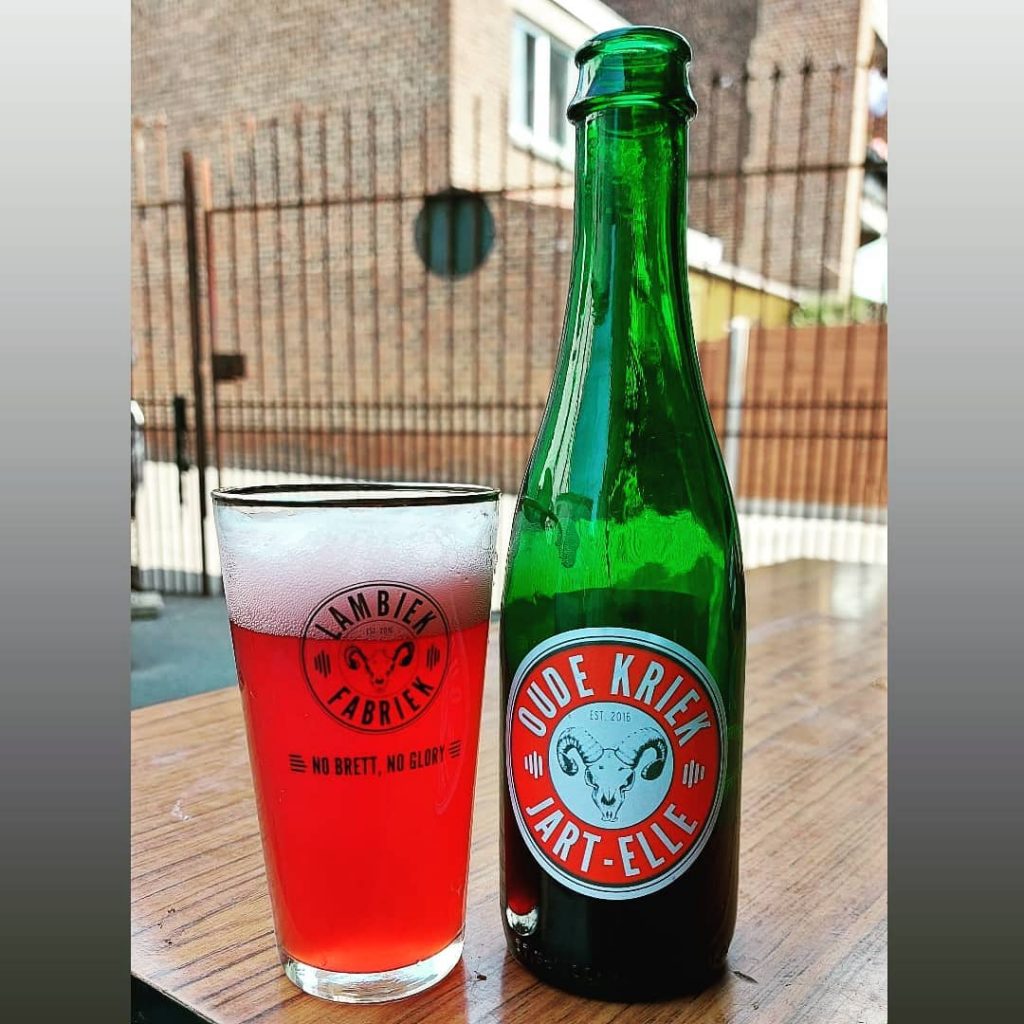 Lambiek Fabriek has since joined forces with Brouwerij Belgoo, and the brewing of the lambic wort is done at the combined Lambiek Fabriek/Belgoo facility in Sint-Pieters-Leeuw, just outside of Brussels. The coolship is there as well. I recently spoke with Lambiek Fabriek co-founder Jo Panneels, who told me: “In fact, we were very busy in 2020, and have been very busy in 2021 as well. We have added six new lambic beers to our portfolio. The first two were the first fruit beers of Lambiek Fabriek. These are Oude Kriek Jart-Elle and Juicy & Wild Muscar-Elle. We then added Organic Geuze Natur Elle, which was biologically certified in April 2020. Next, at the end of 2020, we added three more fruit beers: Black Belle, Muri-Elle, and Pluri Elle. Organic & Wild Black Belle was added in early August 2021.” 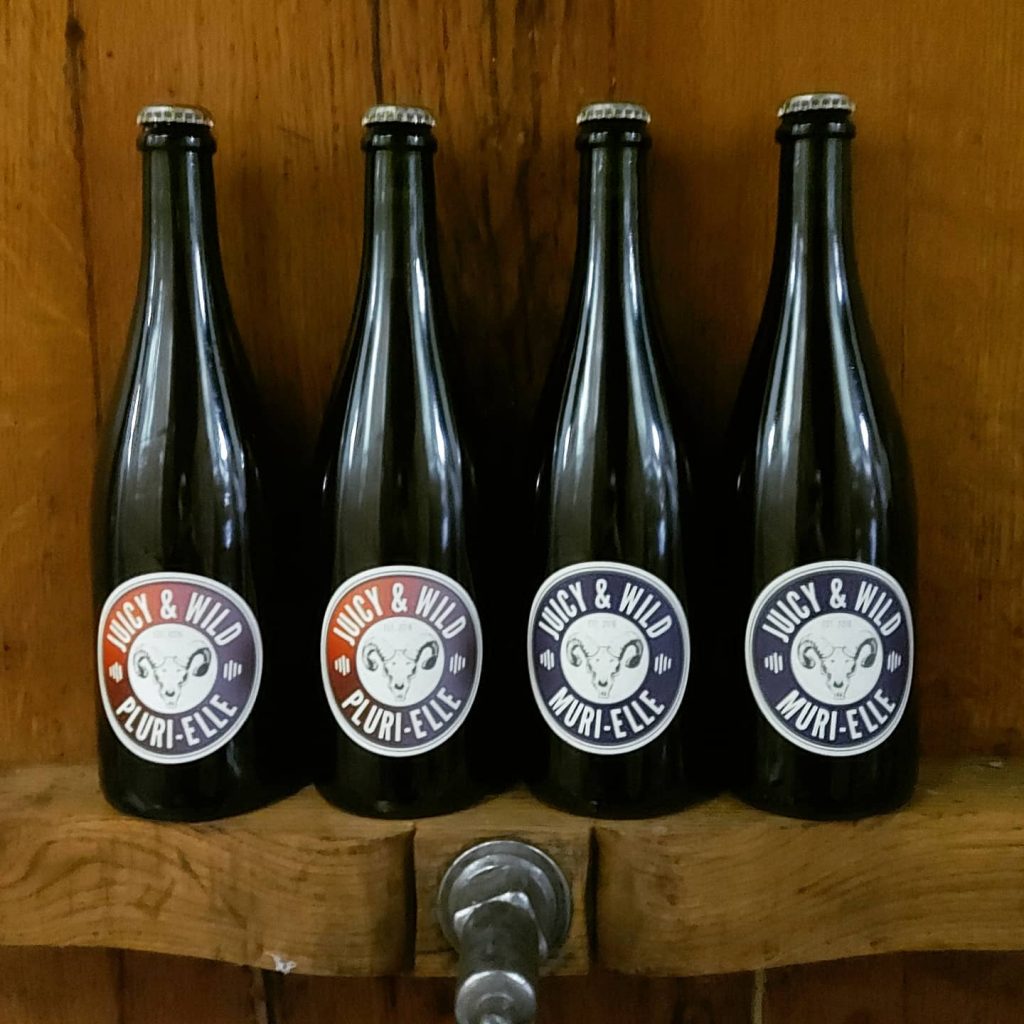 Pluri-Elle (a blend of different fruits) and Muri-Elle (blackberry) from Lambiek Fabriek. 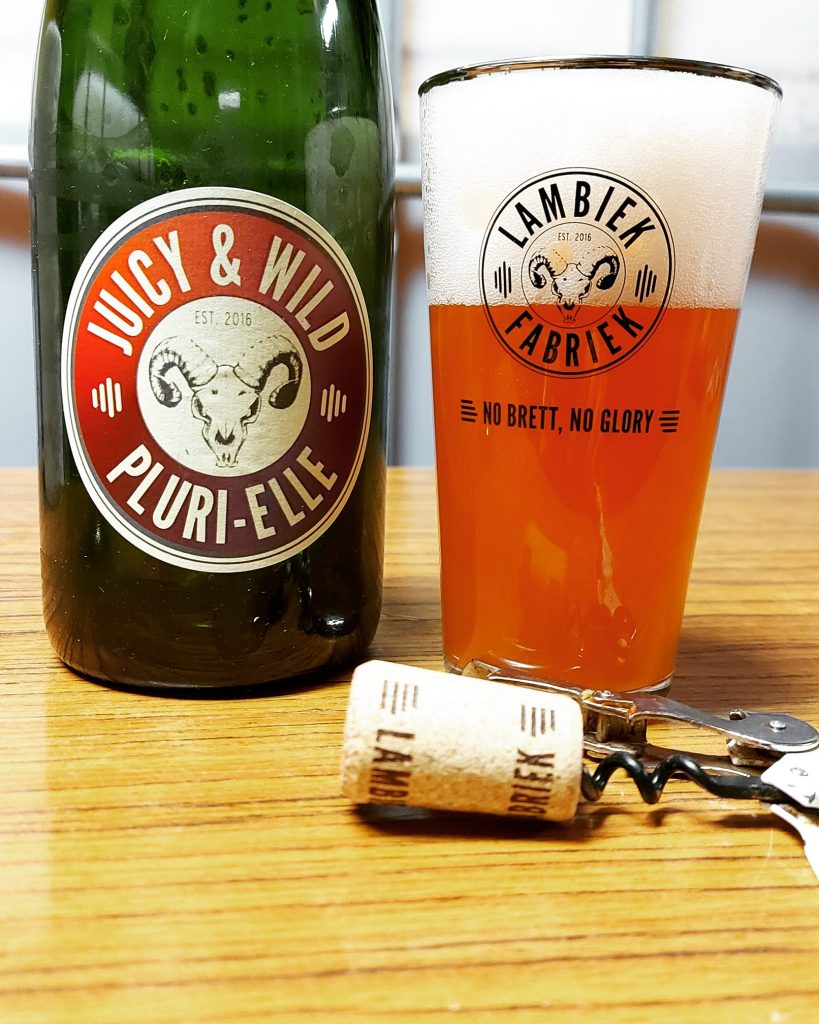 While the original barrel-aging site in Ruisbroek is still in use, and at full capacity, the brewing/blending and taproom facility in Sint-Pieters-Leeuw is much larger, and the stock of barrels has grown considerably. “We added eight foeders (huge oak barrels) with a capacity of 44 hectoliters (about 37.5 U.S. barrels) each in 2019,” says Jo Panneels. 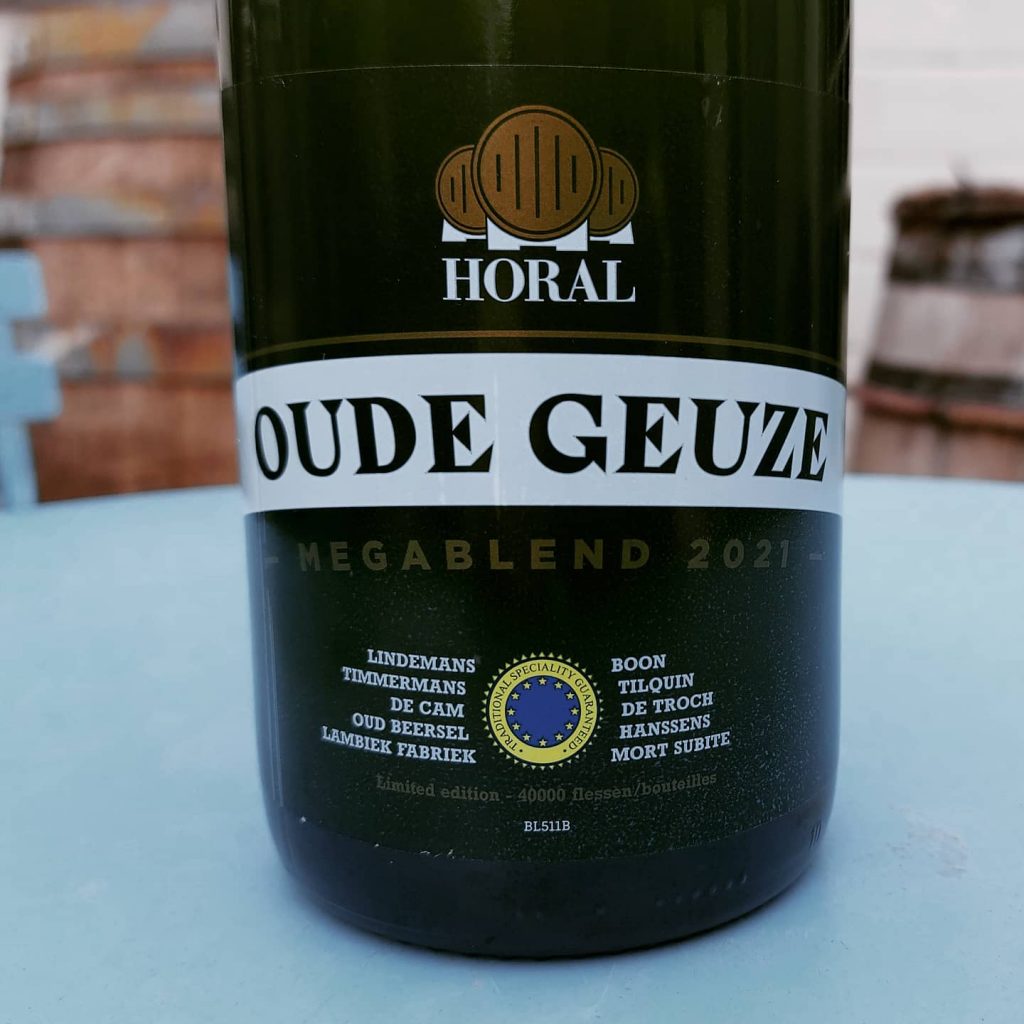 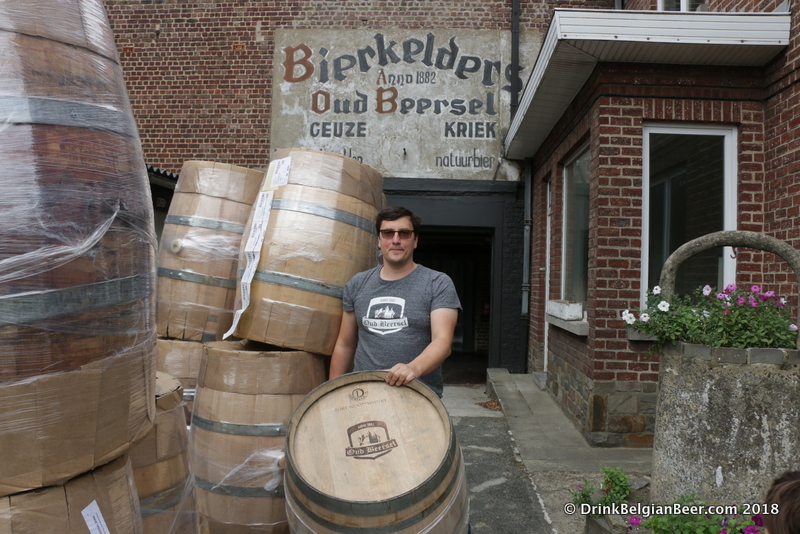 Gert Christiaens, chairman of HORAL, and owner and master blender of Oud Beersel in Beersel.

Lambiek Fabriek also received the big honor of being accepted into HORAL, The High Council for Artisanal Lambic Beers, as a member, in January 2020. At the time, HORAL chairman Gert Christiaens, owner and master blender of Oud Beersel in Beersel, had this to say: “The entry of Lambiek Fabriek into HORAL is a good thing, and makes us stronger and more successful as a sector. Within HORAL, the majority of the geuze producers of the Pajottenland and the Zenne Valley discuss certain common interests and support umbrella projects that are useful for our sector. I am thinking of the GTS protection at the European level of the appellation Oude Geuze and Oude Kriek, as well as the project around the Schaarbeekse Krieken.”

Jo Panneels, one of the three founding partners of Lambiek Fabriek.

Jo Panneels remarked: “For the first time, the Oude Geuze Mega-Blend (created to commemorate each Toer de Geuze, in this case the 2021 version) includes a portion of our lambic in the blend. I think Megablend 2021 is a great beer.” While Covid scrapped the actual tour/event, the beer must go on! 40,000 bottles in the 75 cl size were filled.

2021 marks the fifth anniversary of the official opening of Lambiek Fabriek, which was named for the street where their first lambic blending facility is located, Fabriekstraat in Ruisbroek. Clearly, they have done very well, and are producing excellent lambics across the board.

I was able to taste most of these new lambics this summer, and very much enjoyed them all. I highly recommend tasting them if you have the chance.

Also, there is more Lambiek Fabriek deliciousness planned for the future. Jo Panneels told me recently: “We have other new things we are working on. So stay tuned!”

For up to date news about Lambiek Fabriek, see their Facebook page here. 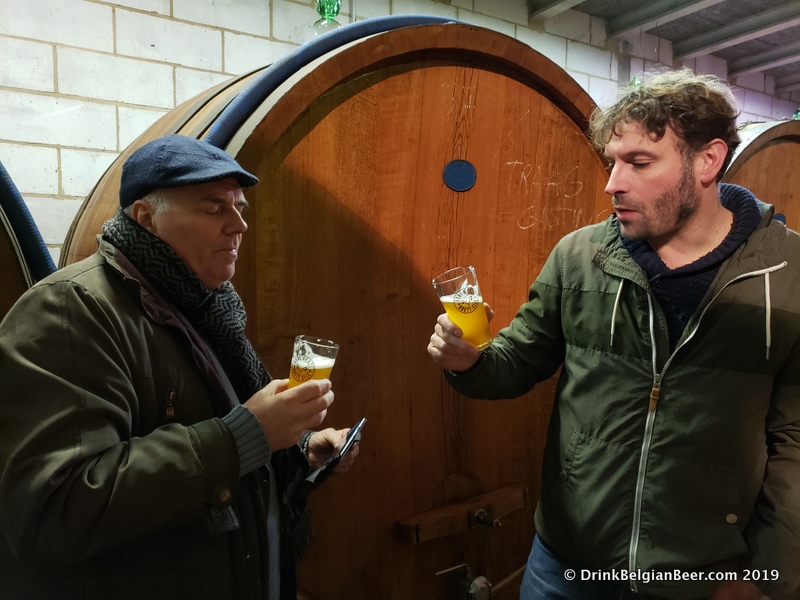