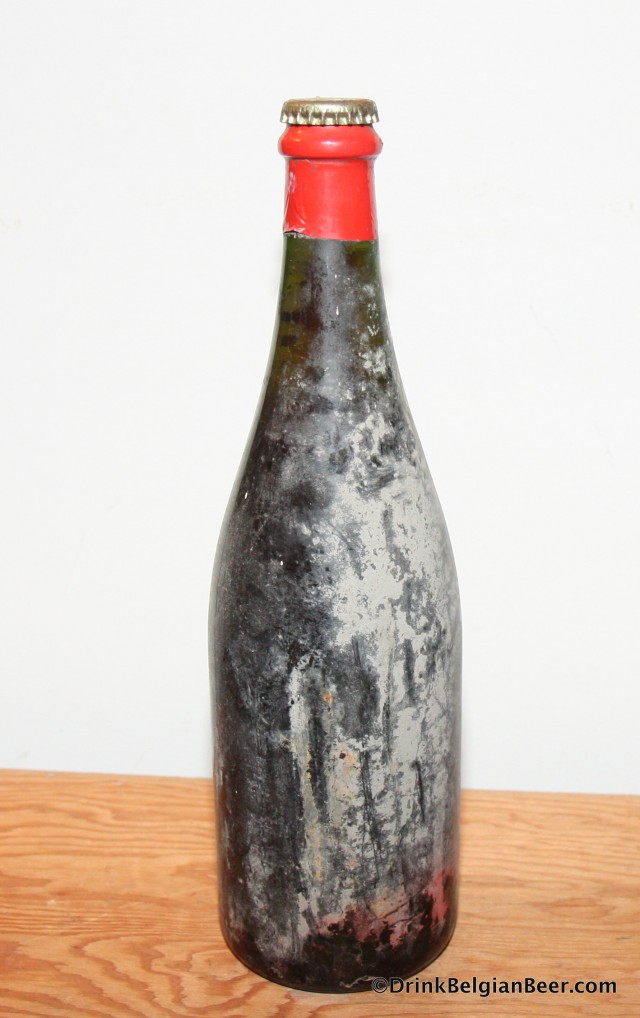 Here’s some eye candy for you vintage geuze and kriek lovers out there.

An unopened bottle of Kriek from Brasserie Cantillon, dating to about 1960.

Note that it’s hard to determine the age for certain of the old Cantillon bottles, as they had no label. There was only a red stripe of paint and a red neck cover for the kriek, and a white stripe of paint and white or gold neck label for geuze. Only the cork, which you can’t see from the outside, is marked Cantillon. Even then, most did not carry a date, but the wooden crates usually did. 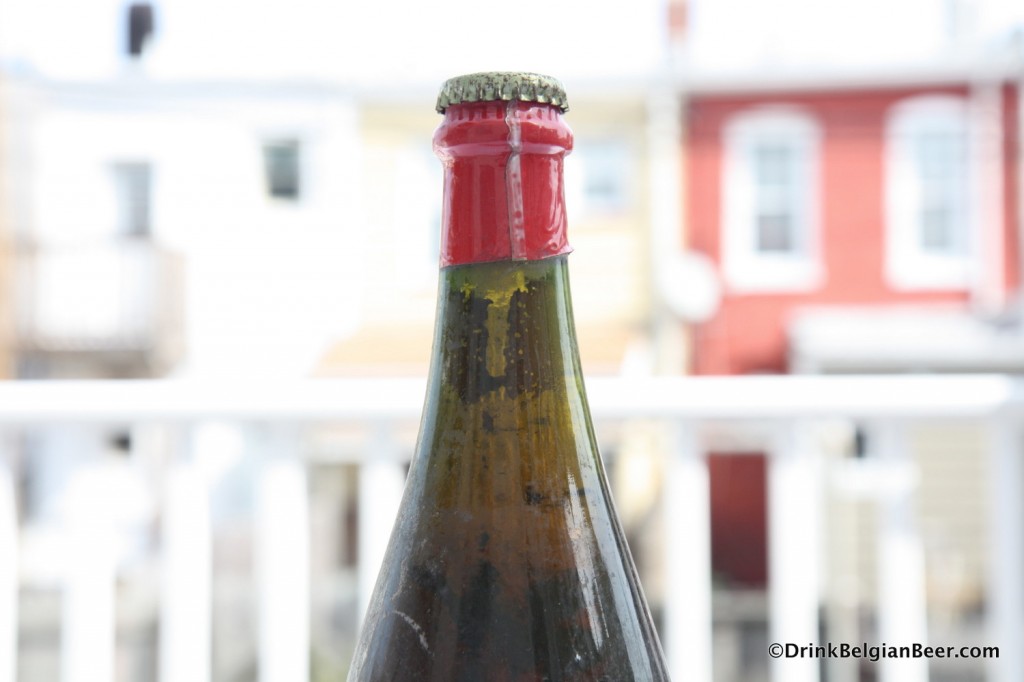 In the 1970’s, a neck band that reads Cantillon was added. At some point, bottle labels were added. 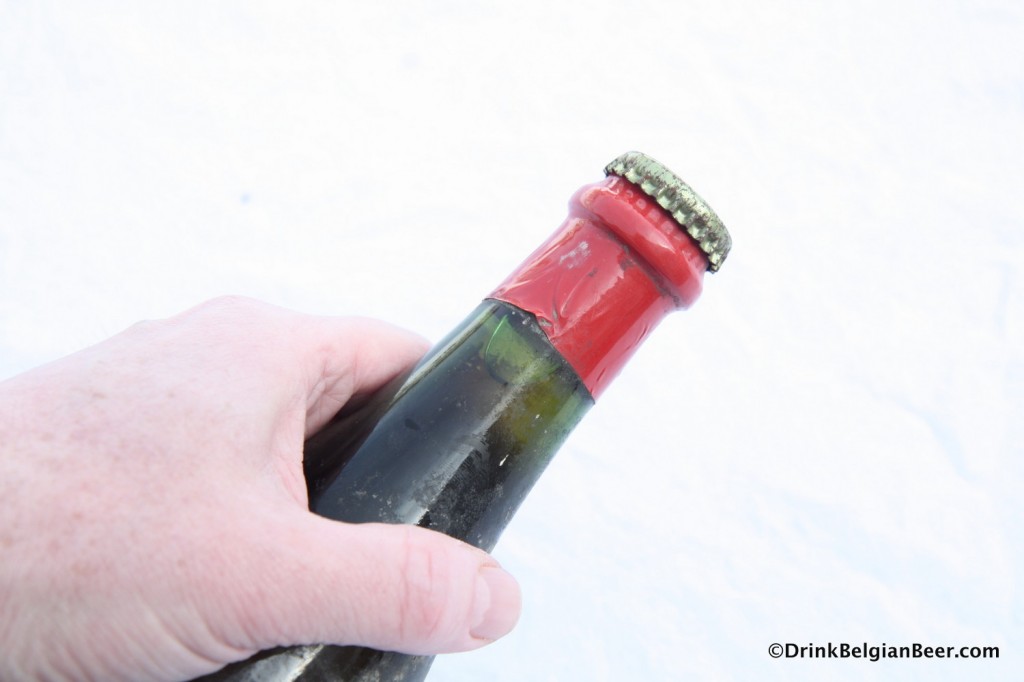 Brasserie Cantillon Kriek, circa 1960. This bottle is very full.

This one came from a wooden crate from a Belgian cellar a couple of years ago. We opened a bottle from the same crate and tasted it then. Pretty amazing. I’m told that the fill levels of some of the bottles was much less than this one, which is nearly full. The reason is most likely that the corks were not nearly as good as they are today, and the porous nature allowed a lot of evaporation over the course of 50+ years. Note also that the color of the cherries can fade after a few decades.

I kept the cork from the bottle opened a couple of years ago, but I can’t remember which one of the two corks it was that I have that are very old. It was a long night…see photos at bottom of this page. At least I think it was one of these two corks. Does anyone know which of the two corks is older? 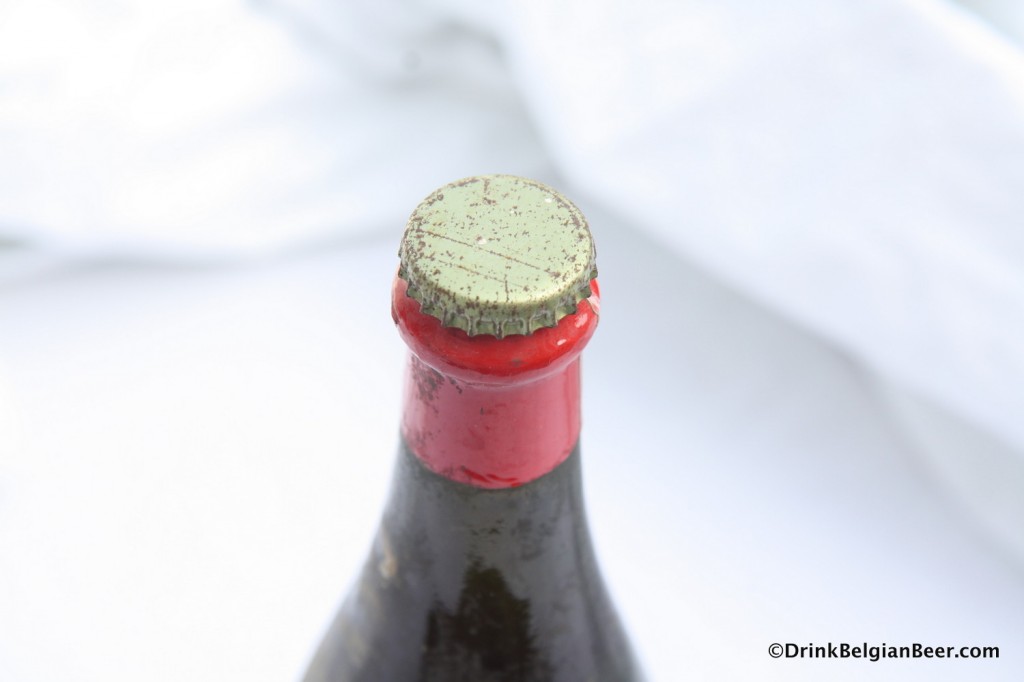 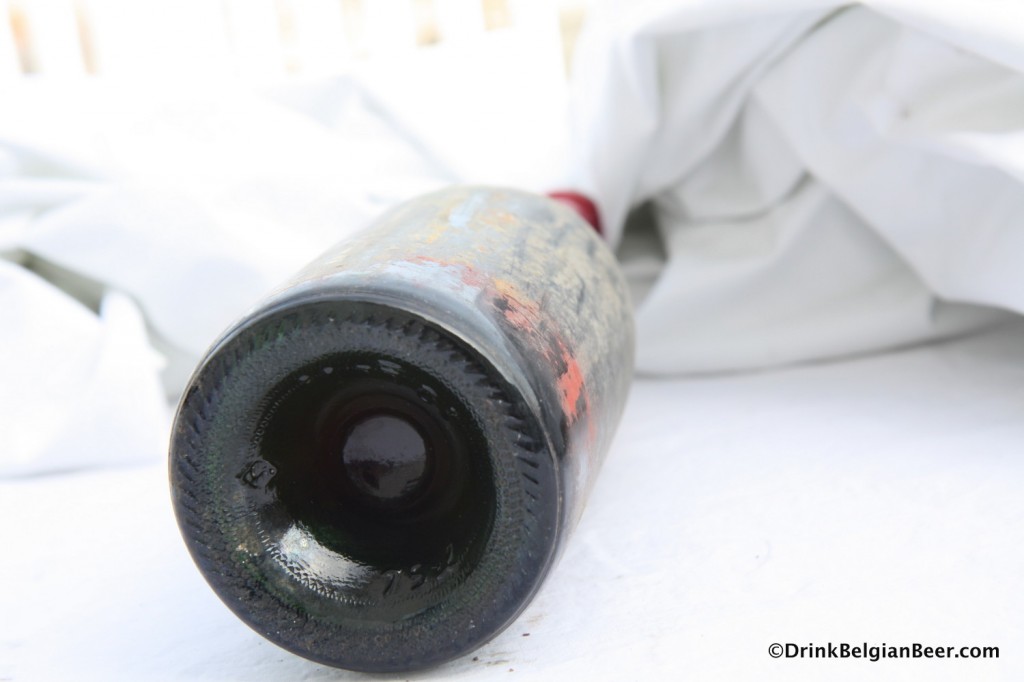 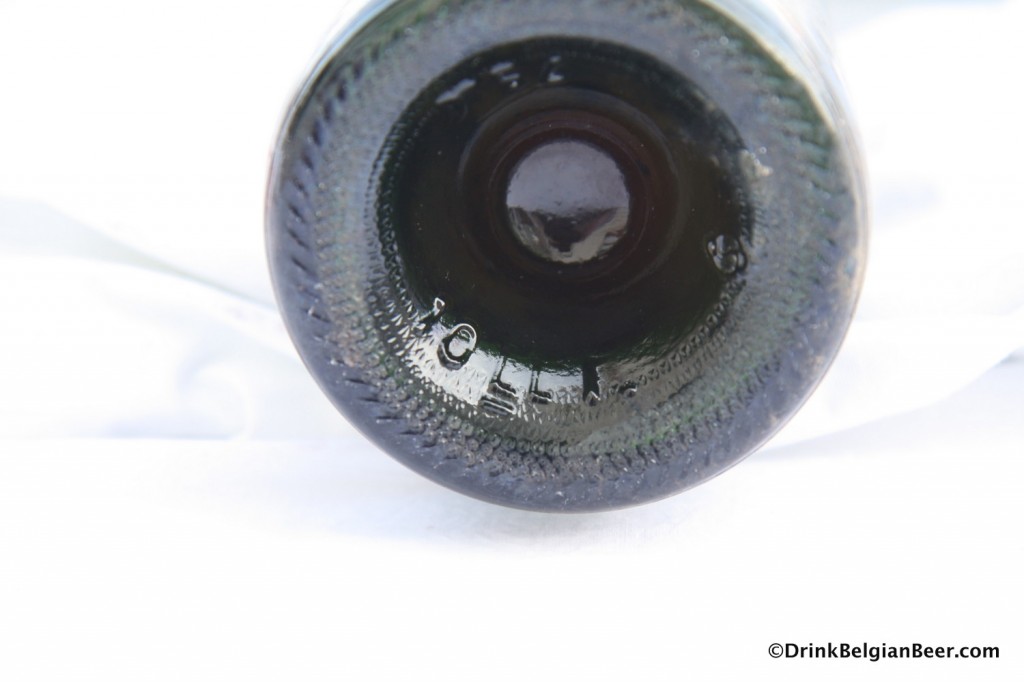 Bottom of the circa 1960 Cantillon Kriek bottle.

I’m told that newspapers covering the crate dated to around 1960. As sometimes happened in Belgium years ago, someone would buy beer, cellar it, then for whatever reason, it stayed there until someone wanted to clean out a cellar or sell a house. Who knows what kind of beery vintage treasures exist in Belgian cellars right now, waiting to be discovered.

If anyone has seen any similar bottles and has photos, please let me know. It would be interesting to compare notes. 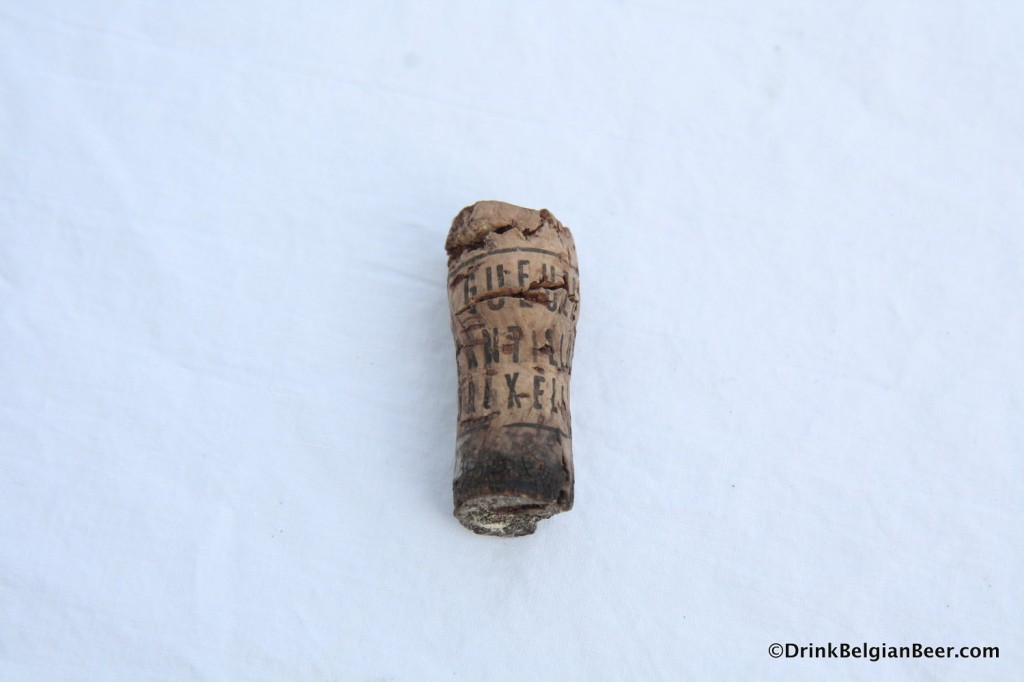 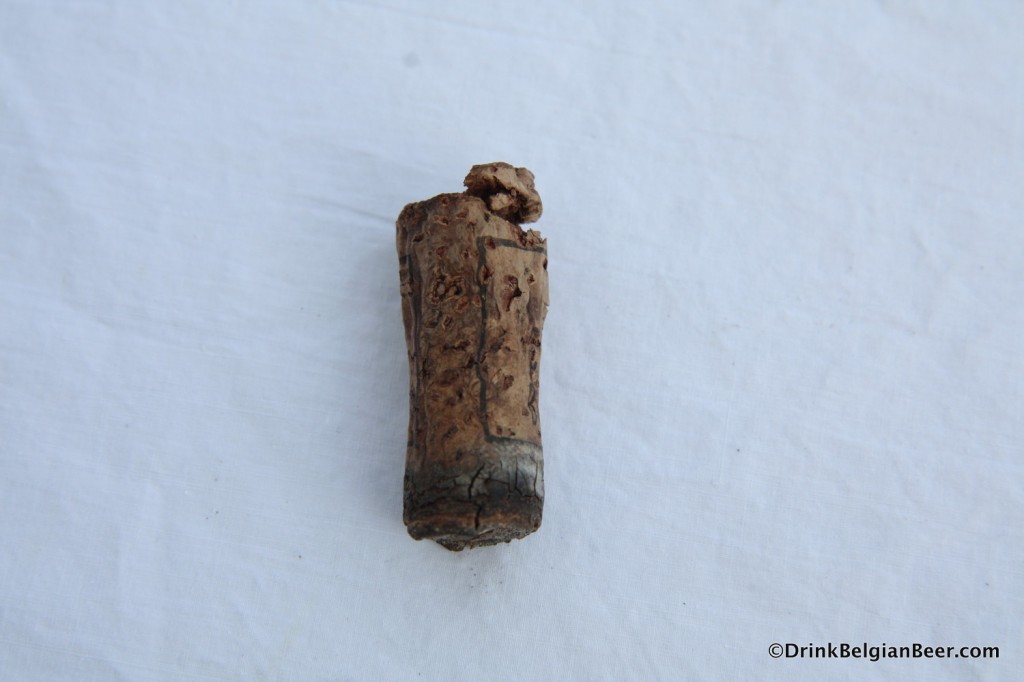 Backside of the same cork as above. 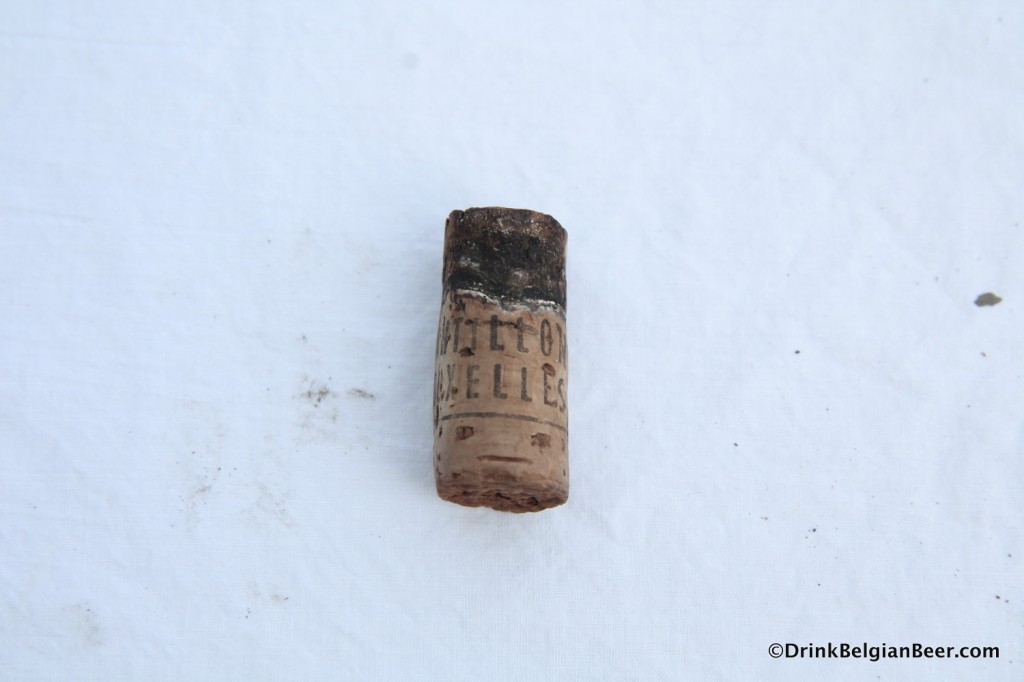 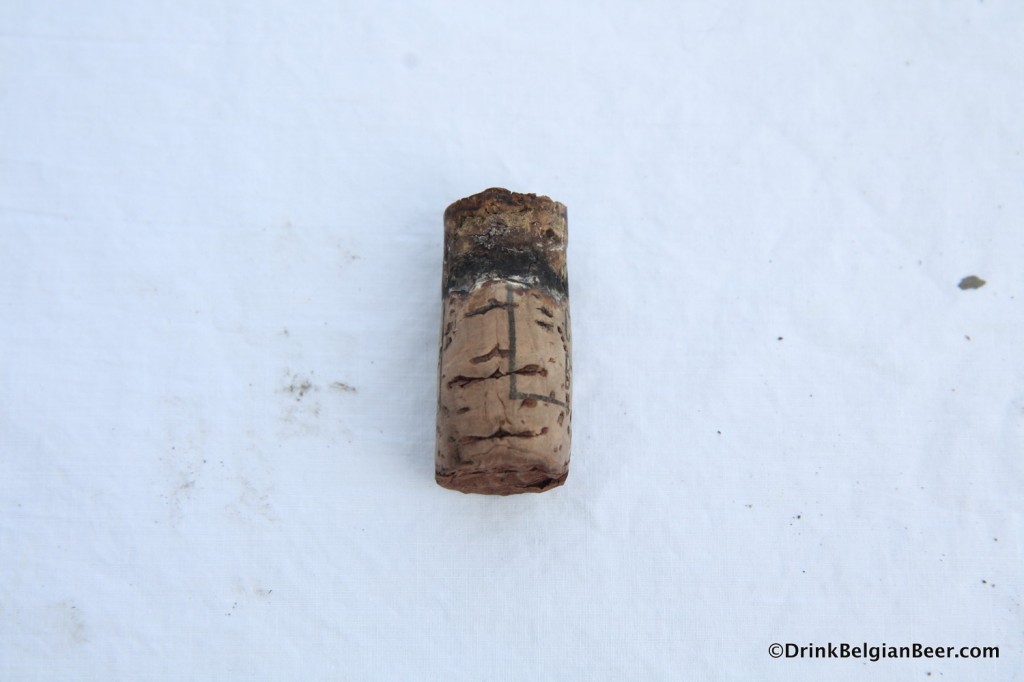 Backside as the same cork in photo directly above.