In February 2012, Dedeycker and and Chris LaPierre of Iron Hill Brewery of Maple Shade, Pennsylvania, collaborated to brew Spéciale Belge, a slightly smoky interpretation of the “Spéciale” style. De Koninck is probably the best-known example of this style: an amber ale of session beer strength, created in the early 20th century. 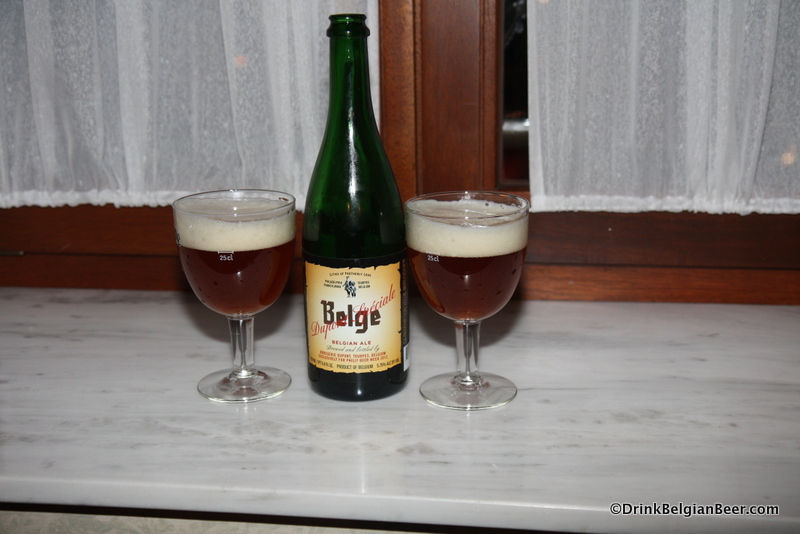 Importer Vanberg & DeWulf describes Spéciale Belge as: “a refreshing amber beer, slightly fruity with a lightly caramelized malt flavor, and lightly laced with smoke.  Because of the signature Dupont yeast, this is a rather drier take on the style.  There is a bit of clove at the beginning and the end.” Spéciale Belge was the official beer of Philadelphia Beer Week 2012, and debuted to rave reviews. It is indeed a fine brew. I first tasted it when I visited the brewery on April 23, and it had matured even a more when it was released in early June in Philly. Whether this beer will be brewed again or will become another regular in the Dupont lineup remains to be seen.

In early September 2013, Wendy Littlefield of importer Vanberg & DeWulf gave me a little update about how things are going with some of the less-known Dupont brews: “La Bière de Belœil is really picking up in popularity, all over the country. All 16 locations of The Winking Lizard in Ohio will carry it on draft soon. Also, Foret Organic has had a boost, as the Belgian bakery company, Pain Quotidien, has put in on the menu of all their locations across the U.S.”

She continued: “Monk’s Stout has more and more dedicated draft lines, especially where oysters are served. Additionally, Avril is growing in esteem and popularity, as is Posca Rustica, which has lots of crossover potential with different types of cuisine. Oh, and the Slanted Door, a celebrated Vietnamese restaurant in San Francisco, is blowing through 33 cl bottles of Foret Blanche Organic Wit at a rapid rate.”  That all sounds like great news for Dupont fans!

If you visit Tourpes, the brewery offers tours, by reservation only, for groups of 35 to 55 people. The cost is five euro per person, and a beer or cheese tasting is included. You can also enjoy fresh Dupont beers at two cafes in the little village. Friendly local people inhabit both bars.

Just across the street from the brewery is Les Caves Dupont, which is owned by the brewery. This cozy café, which is the brewery’s taproom, is open six days a week. It is closed on Mondays.

Les Caves Dupont always has Redor Pils and Saison Dupont on draft. A third Dupont beer is usually offered on tap, depending on the season and availability. This could be Moinette, Blanche du Hainaut bio, Monk’s Stout or dry-hopped Saison Dupont, among others.

Most of the Dupont range is in stock in bottles. Dupont’s delicious fromages (cheeses) which are made with Saison Dupont and Moinette, in young and aged versions, are available too.  Les Caves Dupont also offers monthly tours of the brewery. Brewery staff conducts the tours on set Saturdays. 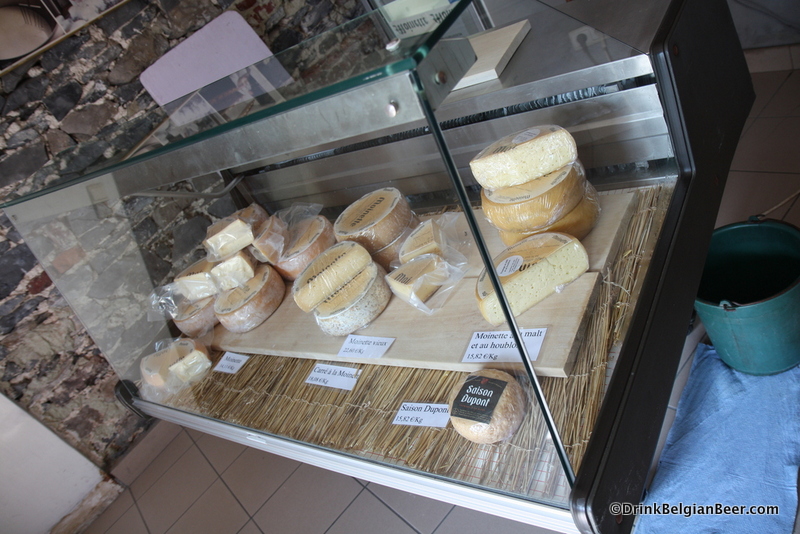 You can purchase cheese to go at the cheese-makery, and beer to take away at brewery shop, from 8:30 am to noon and from 1 pm to 5 pm, Mondays to Fridays. Saturday sale hours are 9am to 1pm.