Saison Dupont is a straw-golden color, and pours with a creamy, rocky head. This 6.5% abv brew is widely considered the world’s benchmark saison. Ironically, it was an American beer importer and a British beer writer that helped make it so.

About 25 years ago, the Saison was in fact the brewery’s least popular beer in terms of sales. The brewery even had thoughts of dropping it. Enter Don Feinberg of Vanberg and DeWulf Importers, in the late 1980’s. Upon the urging of the late, great Michael Jackson, Feinberg visited Dupont and talked with Brewmaster/Director Marc Rosier. Jackson loved Saison Dupont, and knew sales were lagging. He probably knew that if sales took off in the USA, it would offer hope for the survival of this venerable beer. He was right.

Feinberg wanted to add some additional brews to his portfolio. Rosier suggested Moinette, but Feinberg convinced him to try exporting the Saison. “I went to the brewery due to the suggestion of Michael Jackson. I had already tasted Saison Dupont, and loved it, but I didn’t tell Marc about that when I first visited. I told him I had heard that they brewed a great hoppy ale that was not too strong, but full of flavor. He did try to sway me to Moinette at first. He took me out to a local place where they were serving lots of Moinette to locals. I enjoyed that, but still was convinced I wanted to import the Saison.”

He continued: “The year was 1986. There were already a number of Belgian strong golden ales and triples being imported to the U.S. by then. So, I wanted something different: a thirst-quenching, aromatic, very flavorful beer which could stand up to food well, but also not knock you over the head with too much alcohol. Saison Dupont was, and is, that beer.”

He added: “I also liked the fact that Dupont offered its 75 cl bottles with a cork and cage enclosure. I felt this was a great way to present the beer, and that was a factor as well.” Fortunately, Feinberg told me, the Dupont family have always been very open to new ideas, and not set in their ways as some other brewers can be. So, they agreed to let him import the Saison.

Feinberg added: “When I first imported Saison Dupont, beer lovers stateside did not ‘get’ the brew. It was nothing like anything they had been exposed to previously. Which was a good thing, as it created interest in the beer. People asked: is it a wheat beer? Is it a lambic? I told them it was a hoppy farmhouse ale. Eventually, it became very popular here, and many other countries as well. Now, it sets the standard for saisons worldwide.” 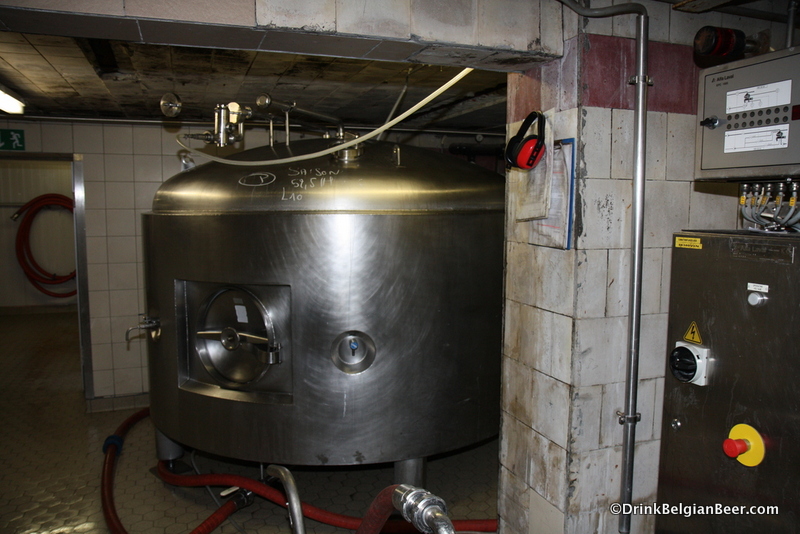 Photo: A fermenter full of Saison Dupont. Anyone have a glass?

Dupont added another crown jewel to their lineup in 1970, with “Avec les Bons Voeux de la Brasserie Dupont” (“With the best wishes from Brewery Dupont”) which was created as a special beer to give to the best customers of the brewery, each New Year. Production of this higher-alcohol beer was very low at first. 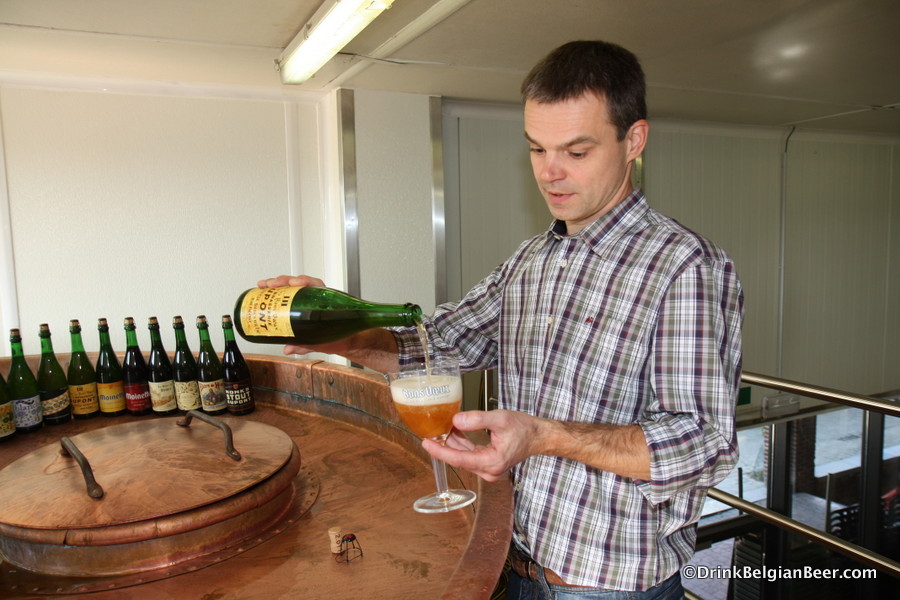 You can’t keep a good, or in this case, a really great thing, down! Demand for “Bons Voeux” continued to grow every year. Dupont still made small quantities for many years, and created a reservation list for the lucky clients who would be able to purchase the brew every winter. Finally, in 1996, they started to brew “Bons Voeux” in larger quantities, and the beer is now sold in Belgium and all the countries Dupont exports to. Avec les Bons Voeux has 9.5% abv, yet hides it alcohol amazingly well. You might even call it dangerously drinkable!