This wort is then transferred into the copper kettles, which are heated by a direct gas-fire method. The part of the kettle with direct contact with the fire reaches as high as 110 C (230 F.) This results in a slight caramelization of sugars and a convection unique to that vessel. During the boil, hop pellets are added, which impart aroma and bitterness. This direct-fire method, uncommon now in Belgium, in conjunction with the copper kettles, plays an important role in the finished profile of the Dupont brews. 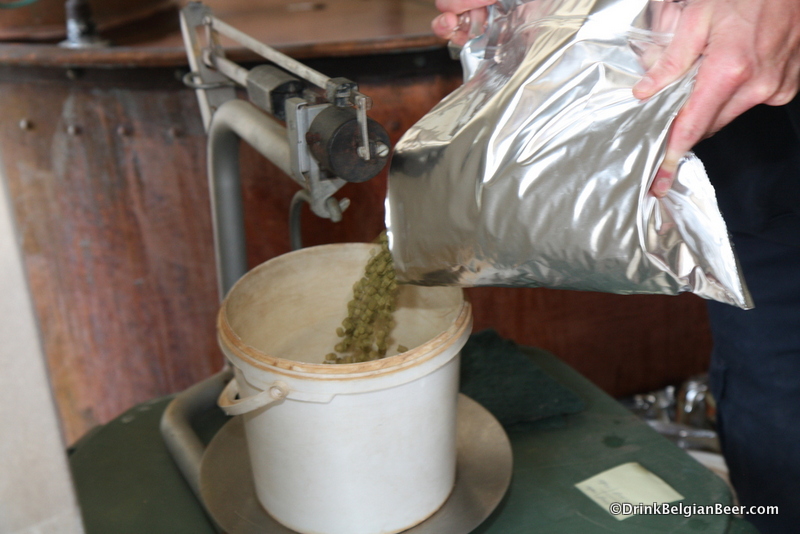 The boiling period lasts an hour and a half, after which the wort is pumped to the fermentation cellar. It is run through a centrifuge to clarify it, and sterile air is pumped through it, and it is then cooled. At this stage the wort is then pumped into one of the brewery’s many short, squat, flat-bottomed fermenters. 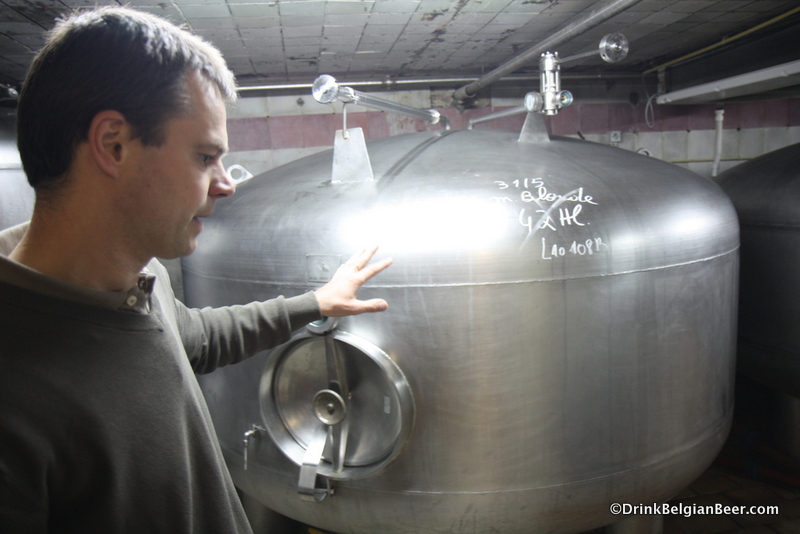 Photo: One of the short, squat fermenters Dupont uses. This one houses a batch of Moinette Blonde.

Dupont feels the yeasts produce a more complex beer, with more esters, using this sort of fermenter, versus the tall, cylindro-conical tanks so popular at other Belgian breweries today.

Primary fermentation lasts about 5 to 7 days, depending on the beer. Secondary fermentation will last about one to two weeks, with the stronger beers like Moinette and Avec les Bons Voeux de la Brasserie Dupont given the longest time. The beers are then sent through the centrifuge again, and then to the filtered beers tanks. Dupont’s brews are then either bottled or kegged. For bottling, a different yeast strain than that used for primary is used to spark a refermentation in the bottle. Residual sugar levels are tested and additional sugars are added if deemed necessary prior to bottling. Bottles are then placed in a warm room at 23 degree Celsius (73 F) for six to eights weeks maturation before the beer is offered for sale. 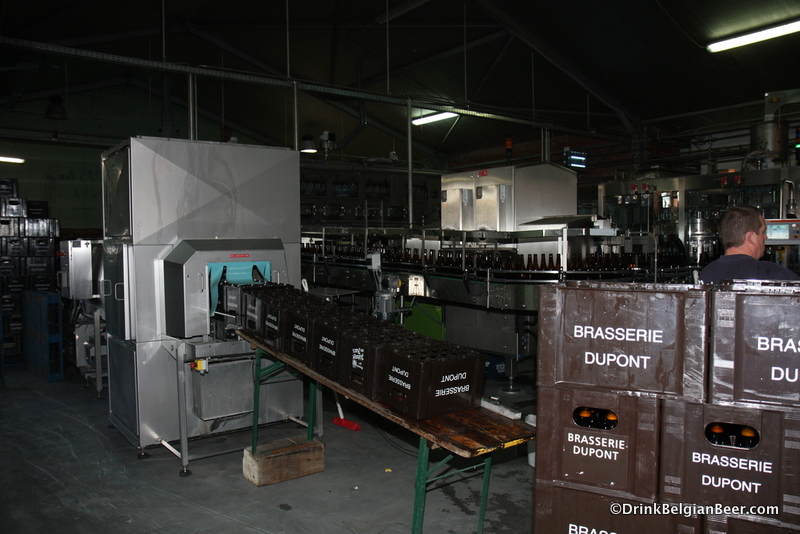 The yeasts at the bottom of the primary fermentation tanks are taken for use in the next batch of beer. Dupont reuses yeasts in this manner for 2 years, on average. “We only change things here when we feel it will improve or maintain the quality of our brews, and only when necessary. Our goal is to consistently brew the highest quality beers,” Dedeycker told me during one of my visits.

Dedeycker was educated at the Université Catholique de Louvain, in Louvain-la-Neuve. He spent five years earning a degree as an engineer in food chemistry, and followed that with two years training as an engineer in brewing science. Saison Dupont is the brewery’s best-known beer in the U.S.A.

Dupont has been brewing its saison since 1920. The alcohol content and bitterness were both boosted in the 1950’s, as stronger beers became more popular in Belgium. “A 3% alcohol saison did not sell anymore at that time,” Dedeycker told me. “So my grandfather changed the recipe. Over time, with some experimentation, Saison Dupont became the beer it is today, and it has been brewed in exactly the same way for more than 30 years now,” he remarked. 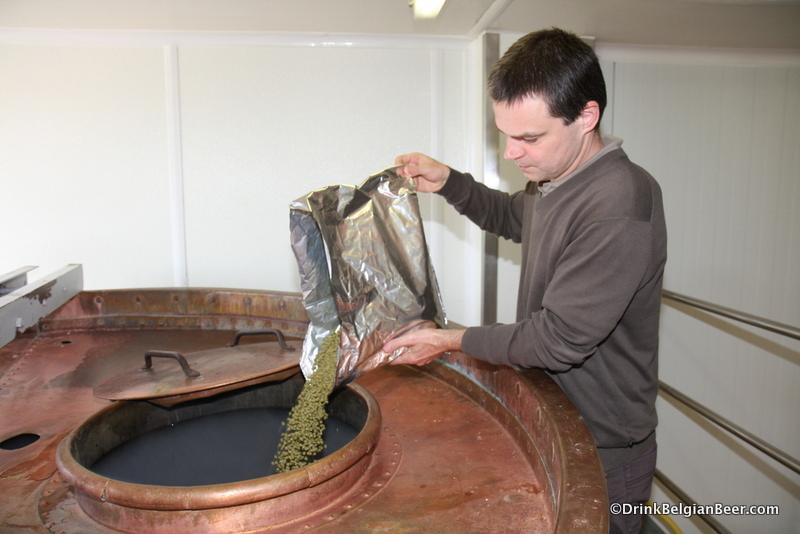 It used to be brewed in the winter in the distant past, but of course now is produced year round. Pilsner malts from England, France and Germany are used. Hops are East Kent Goldings and Styrian, from Belgium, England and Slovenia. A very hearty yeast strain that achieves a high level of attenuation (e.g., it produces a very dry beer) is one of the keys of Saison Dupont. The yeast strain withstands fermentation temperatures of over 90 degrees, a level where most yeast die.

In fact, this strain has been called a super yeast by many brewers and beer writers. Who am I to argue, given the facts? Clearly, it is. It is this strain that imparts the pleasant, somewhat spicy, even peppery, character to the brew. Note, however, that Dupont uses no spices in its Saison.

Dupont’s yeast mastery is a boon to its neighbors: since the late 19th century, the brewery and its predecessor have sold yeast and provided lab services to nearby farms and breweries.