Rosier even brewed a Dortmunder lager, Brücke Brau, in 1966.

Dedeycker commented on the history of his family’s brewery, contemplatively: “As you see now, there were quite a few bottom-fermented beers (lagers) produced in the brewery from the period of 1945 to 1965. That’s why I never wanted to stop the production of Redor Pils, even though its sales were low when I arrived at the brewery in 1990. Because, even though we are specialized in top fermented beers with a second fermentation in the bottle, the bottom fermented beers are part of our history.” He added: “The brewery certainly would have disappeared, as a lot of Belgian breweries did at that time, if my grandfather didn’t begin the production of bottom fermented beers.” 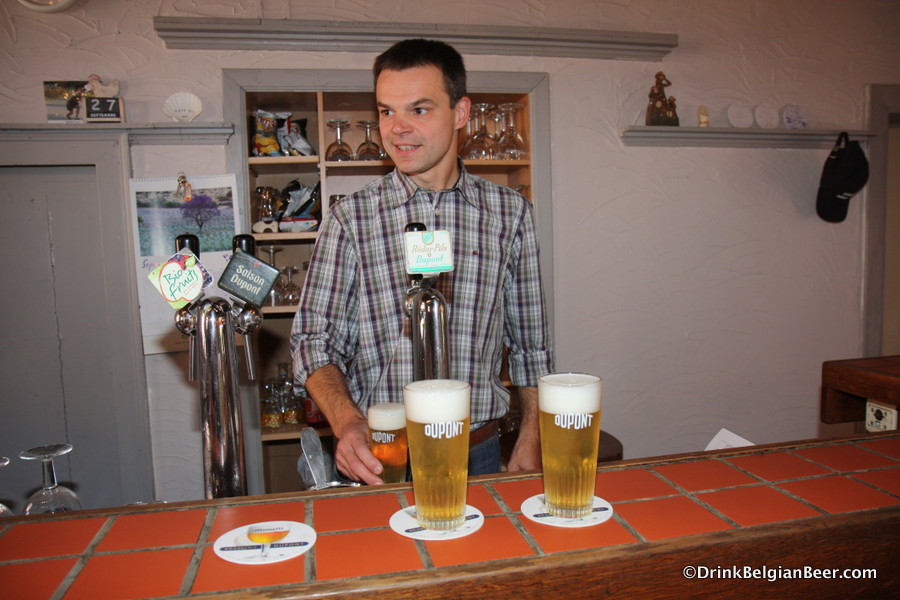 What a great irony that is! One of the world’s greatest ale breweries today survived a generation-some 20 years-with the help of sales of lager beers. Obviously they must have been good ones! 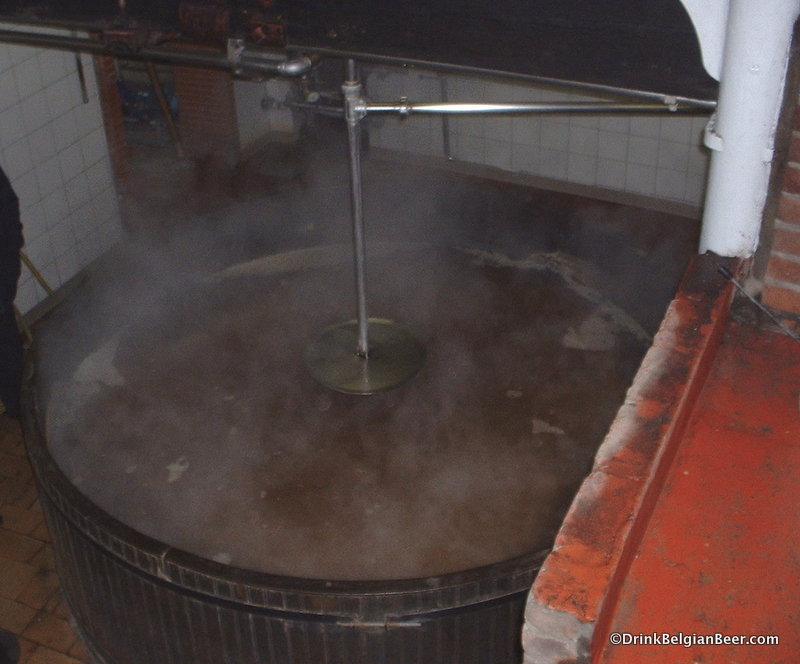 For most of its history, Dupont used an open wooden mash tun, dating to 1844 or earlier. It was quite a sight to see this throwback to another area in cold weather, with steam rolling off the hot mash. There’s nothing quite like seeing an open mash tun in action! It was replaced by a new stainless steel Italian-built Velo system for mashing and filtration, in 2008. It is a far more efficient system and is easier to use and maintain. It also allows for a higher production capacity. Batch size is between 55 to 60 hl (47 to 51 U.S. barrels.) The brewery produced 14,000 hl (about 12,000 U.S. barrels) of beer in 2010, and 16,000 hl in 2011. 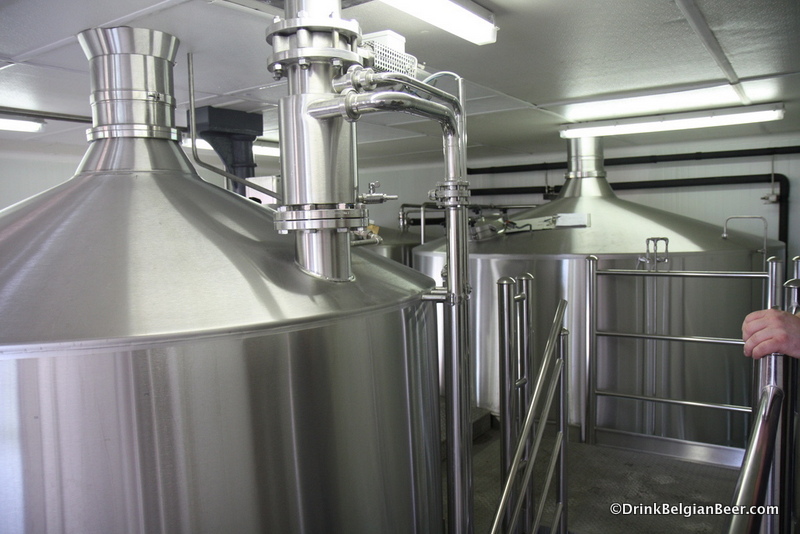 Dupont currently exports about 40% of its production to 15 different countries. Belgium is still its number one market, with 60% of sales being domestic.

I’m happy to say the brewery saved the old mash tun, and at first placed it outside the brewery buildings next to the road for all to see. This is similar to the copper brewing kettles seen in the middle of roundabouts throughout Belgium. In 2011, the mash tun was moved inside a new addition to the brewery, so it can be preserved and kept out of the elements. A fitting retirement for a piece of equipment from long ago that has brought so much happiness to so many people for so many years!

While the mashing equipment might be new, the boiling kettles at Dupont are not. The same 1920’s copper kettles have been in use ever since installed by Louis Dupont.

The water for the Dupont beers comes from a well with a depth of 65 meters (about 213 feet.) The barley and water mix are slowly heated to 72 degrees Celsius (about 162 degrees Fahrenheit) in the mash tun, allowing the enzymes in the grains to transform starches into sugars. Once this process is complete, the mix is transferred to the filter tank, where the solid grain particles are separated from the sweet wort. 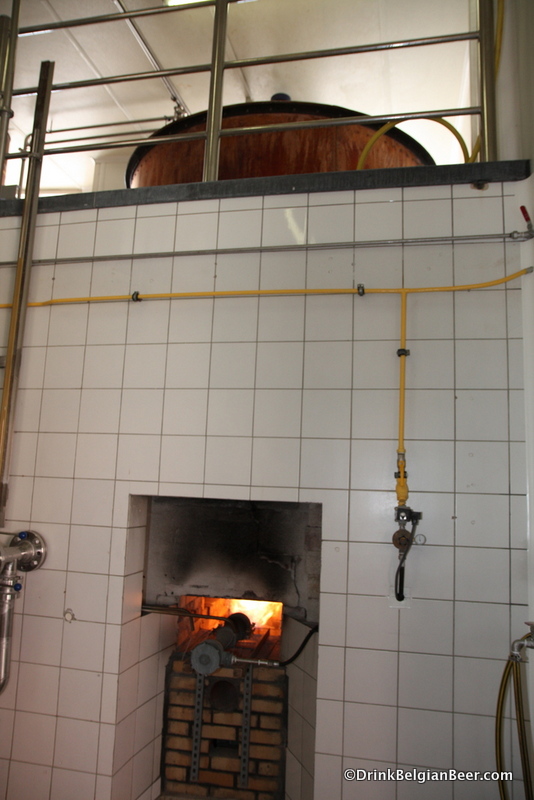