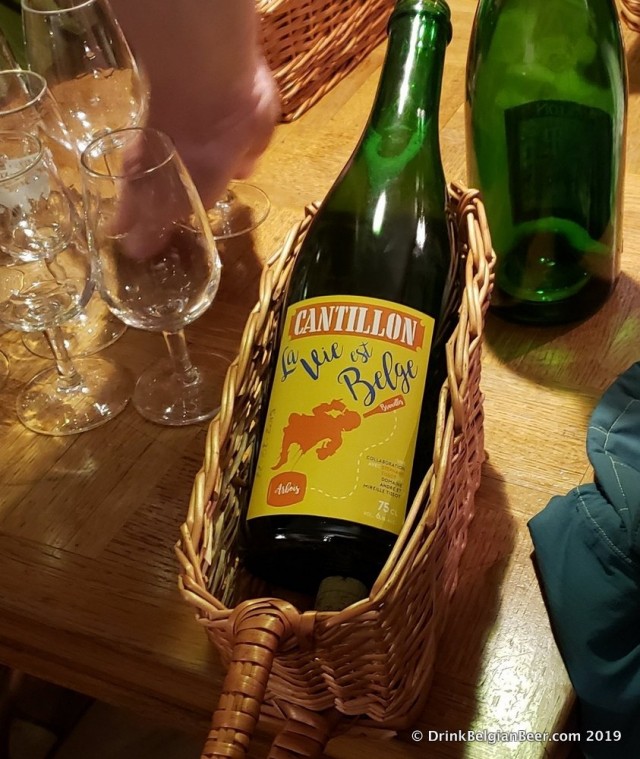 Brussels’ beloved Brasserie Cantillon is regarded as producing some of the most extraordinary lambic beers in the world, and for good reason. Fourth generation brewmaster Jean Van Roy, son of Jean-Pierre Van Roy, is not afraid to experiment, and the numerous highly sought after beers crafted by Cantillon demonstrate that Jean Van Roy does so exceptionally well.

Below, you will see several videos of Van Roy discussing La Vie est Belge 2019, and pouring glasses for a group from Allagash Brewing of Portland, Maine, and some other lucky persons who were at the right place and right time, myself included.

Brasserie Cantillon has produced a number of brews since 2014 using freshly-emptied Vin Jaune wine barrels from France. To understand why this is significant, you should first know about the Vin Jaune wine itself. Vin Jaune, which is often referred to as “yellow wine,” is produced in the Jura region of eastern France, near the border with Switzerland. Vin Jaune is a special type of white wine that is made by filling 228 liter barrels (about 60 US gallons) with a wine made with late harvest Savagnin grapes. As the barrels are not filled completely-most producers leave about 8 to 10 liters of air space, or “ullage” in the barrels-evaporation occurs, and a film that is locally referred to as the “voile” is formed after 2 to 3 years in the barrel. The “voile”, or veil, is similar to the “flor” that is created during the production of Sherry. 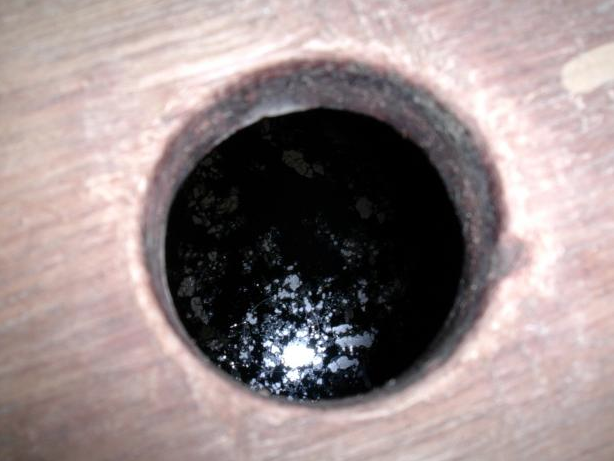 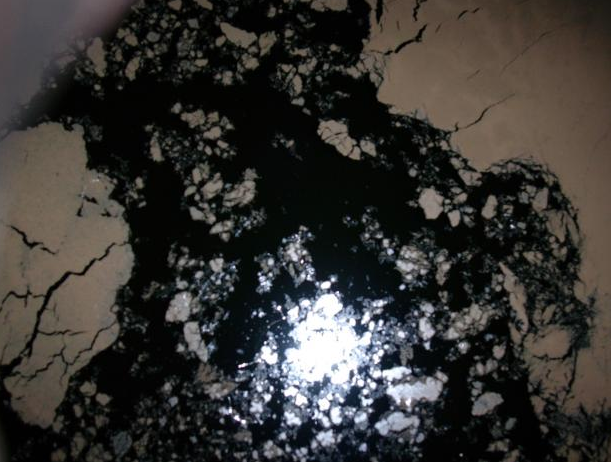 The voile is not unlike the pellicle (a skin) that can form on the surface of lambic beer where it contacts the air. The active yeast that causes the voile to be produced during the first 2 to 3 years of its existence in a barrel is Saccharomyces cerevisiae, an important yeast in the production of wine and beer. Some slight oxidation occurs during the development of the voile, and this leads to changes in the chemical compound of the wine. The best quality voile is said to be grey in color and very thin, and this film prevents any further oxidation from occurring, once it is fully formed. Note that having the proper level of ethanal (acetaldehyde) is vital to the production of a high quality Vin Jaune wine, as ethanal is what creates its characteristic, somewhat oxidized flavor.

Vin Jaune is a controlled appellation, and the conditions for producing it are quite strict: an inspector from the official Jura wine laboratory visits most Vin Jaune makers two times a year to test every barrel of Savagnin destined to become Vin Jaune. This is done to ensure that the level of acetic acid is not too high, and that, for the first few years, the level of ethanal is rising. 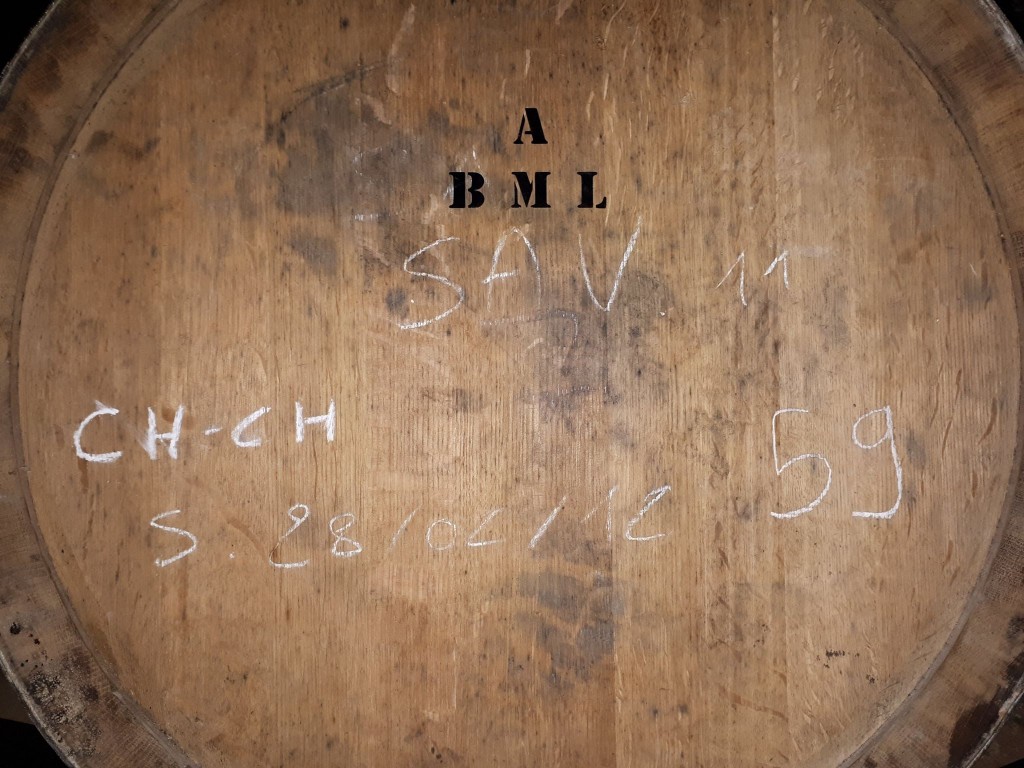 The French system of classifying and certifying geographical indications for wines is called the “appellation d’origine contrôlée”, which translates as “controlled designation of origin.” Appellation d’origine contrôlée is often abbreviated as “AOC.” To be certified as a true Vin Jaune wine, the wine must age in the barrel for at least six years and three months before bottling. The bottles used are called “clavelin” in French, and have a capacity of 62 cl (about 21 U.S. ounces.) The reason for using this non-standard size of bottle is said to be the fact that the amount of evaporation after aging for six years is about 38% per liter, so there would be 62 centiliters per liter (which is 100 cl) of wine remaining.

La Vie est Belge is, as its bottle label says, a collaboration between winemaker Stéphane Tissot of Domaine André et Mireille Tissot, 39600 Montigny-les-Arsures, France, and Brasserie Cantillon of Brussels. Stéphane Tissot and his wife Bénédicte Tissot run the family business. The estate is spread over about 35 hectares (about 86.5 acres of land) so it is indeed a small producer of natural wines, and one of the most highly regarded in the Jura region. While there are several AOC in the Jura region, Domaine André et Mireille Tissot is under the appellation d’origine contrôlée of Arbois. This is why the beer’s front label shows a barrel in the lower left corner that says “Arbois” and then a slightly wavy line upwards to a bottle labeled “Brussels.” 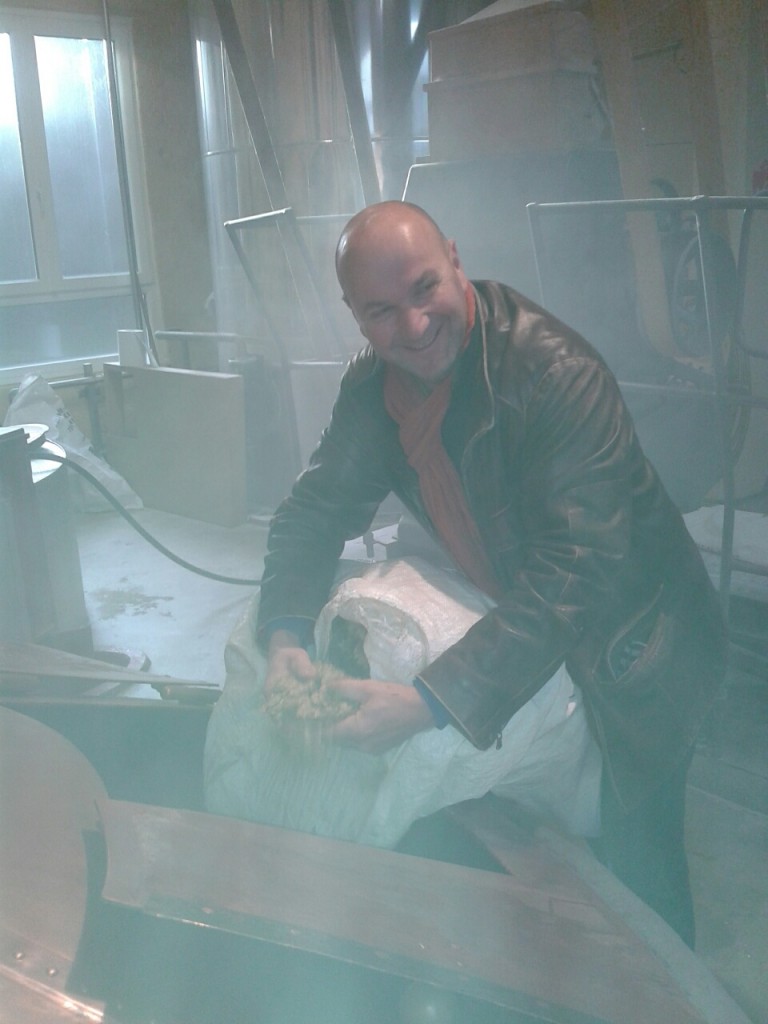 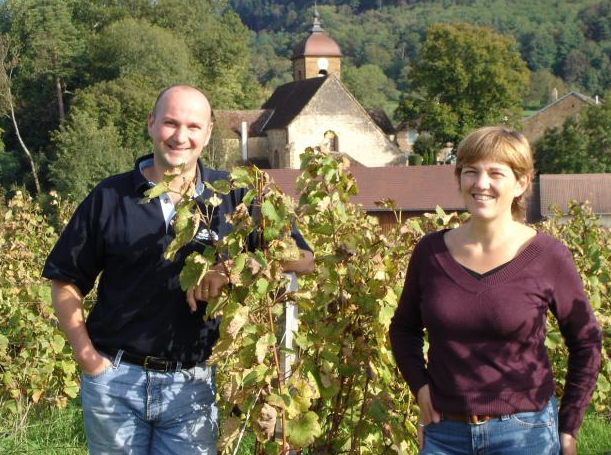 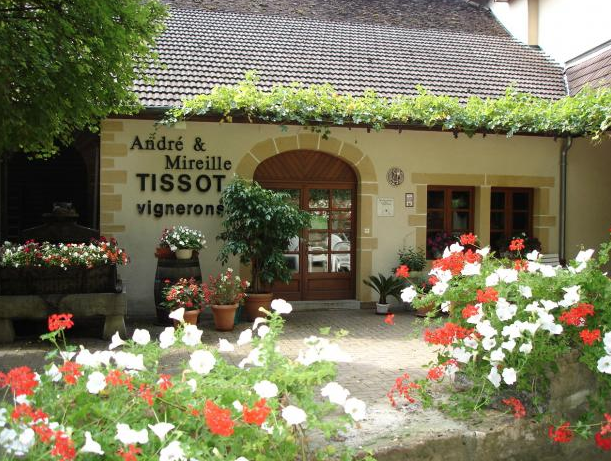 Here is another interesting point: while the Vin Jaune Appellation d’origine contrôlée requires six months and three years of aging as a minimum, Tissot ages his for six years and six months, Van Roy remarked.

As you can hear in one of the videos, Van Roy commented: “This 2019 vintage one has about two months aging in the bottle, so it is too young. Still, it is very nice, and I don’t recall the December 2016 bottling of La Vie est Belge being at this same level of complexity after the same amount of time.” 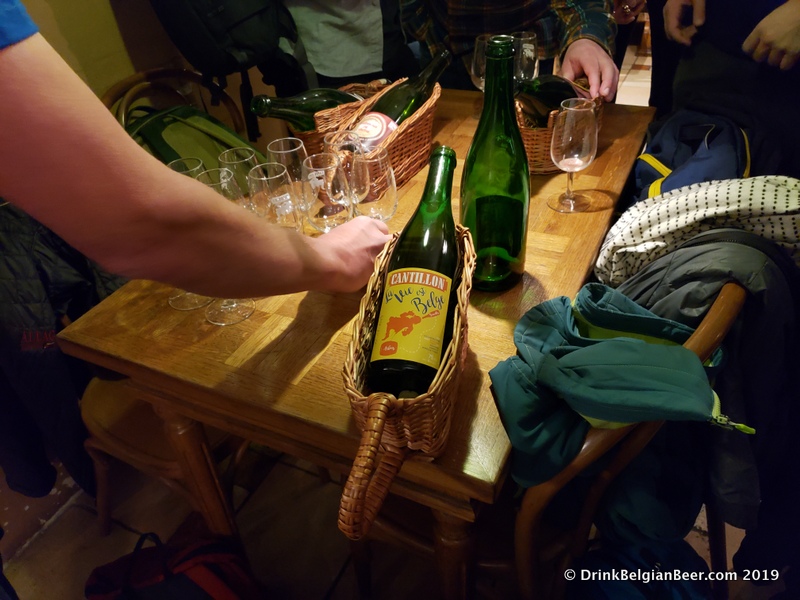 One of the things that make Vin Jaune wine unique is its terroir, its provenance. It is not just the process used to produce the wine, but the land from which it comes. The same is, of course, true for lambic beer as well, which is produced only in Brussels and the the region to the south and west of the city, the Payottenland and Zenne river valley. 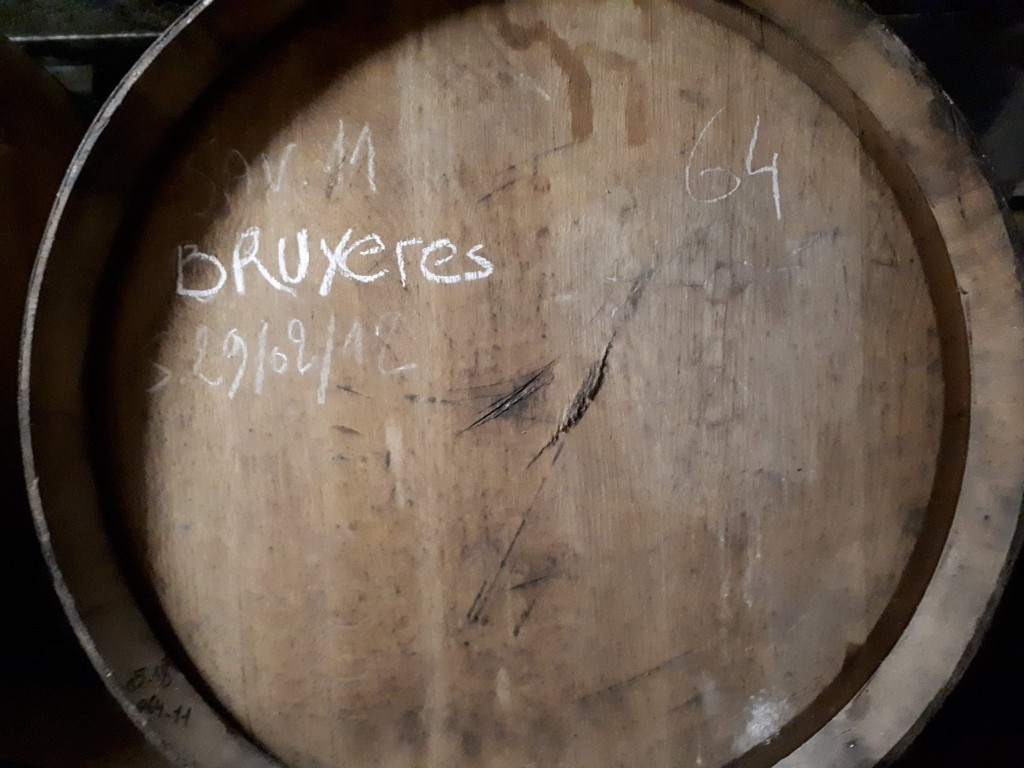 Even with just 2 1/2 months in the bottle, the 2019 vintage of La Vie est Belge was very complex, dry, nutty, and with a low acidity. In short, a fabulous beer. During earlier visits over the years, I also tasted previous vintages of La Vie est Belge. I think the 2019 is sure to be a future star at special events, such as Cantillon’s Quintessence, the beer and food pairing event held every even-numbered year at Cantillon in the spring. The next Quintessence will be held on May 1st, 2020, and will feature Allagash Brewing Company and Russian River Brewing Company as special guests. A second version of “Friendship Blend” a collaboration beer between the three breweries, will be released that day. But that is another story. (Seriously, as if all of the above was not enough of a buildup…do not miss Quintessence! Its a bucket list event for every lambic lover.)

A word about La Vie est Belge 2019: don’t expect to see it on offer very often. “We have 1,000 bottles of the 2019 vintage, and we will keep only about 600 to 700 bottles here, and the rest will go to the winery. So this vintage, as previous ones, will only be opened and served at special occasions and special events. Still, it is a bigger batch than the previous, as we only filled about 600 bottles of the 2016 vintage,” Jean told me in May.

In this last video, below, you will see Jean Van Roy’s father, Jean-Pierre Van Roy, tasting La Vie est Belge 2019. His comments about it, and about other wine-barrel aged lambics such as Cantillon St. Lamvinus, are instructive and interesting.