Aerial photos from Achouffe, with a red-hatted grain silo 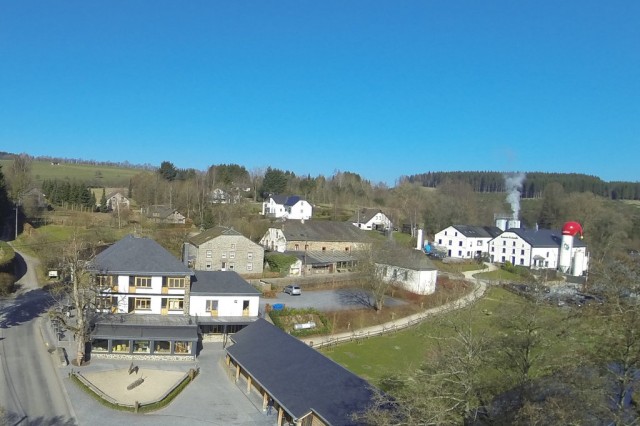 Chris Bauweraerts, who co-founded Brasserie D’ Achouffe in 1982, is a big fan of model, remote-controlled airplanes. He’s also loves photography, and has paired the two to capture some pretty impressive aerial images of Houffalize, the small city where Achouffe is located. 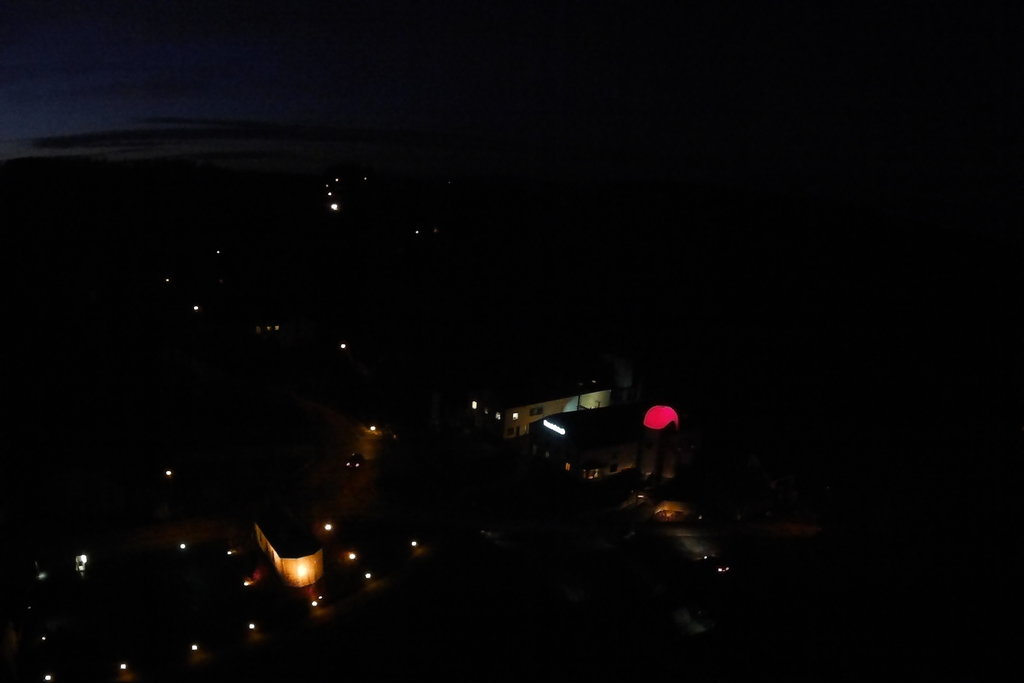 An aerial view of the Brasserie D’ Achouffe complex at night.

One of them is a grain silo covered with what looks like one of the well-known red Chouffe hats. Here’s the story, from Chris:

“Last year, the city of Houffalize (Achouffe is a small part of it, with its 37 citizens) wrote a letter to the brewery with the friendly request to refresh the backside of the brewery, and to paint or cover the malted barley silo as it had become a dark-gray-blackish color on the top. Yes, they were right, the silo has been in use since 1992.

So, we listened to te request of the city and the sidewall of the brewery building was cleaned and painted… and the silo was covered… with a giant CHOUFFE-hat, which is lighted overnight. So passengers in airplanes, flying at night over the brewery, can see the red point now!” 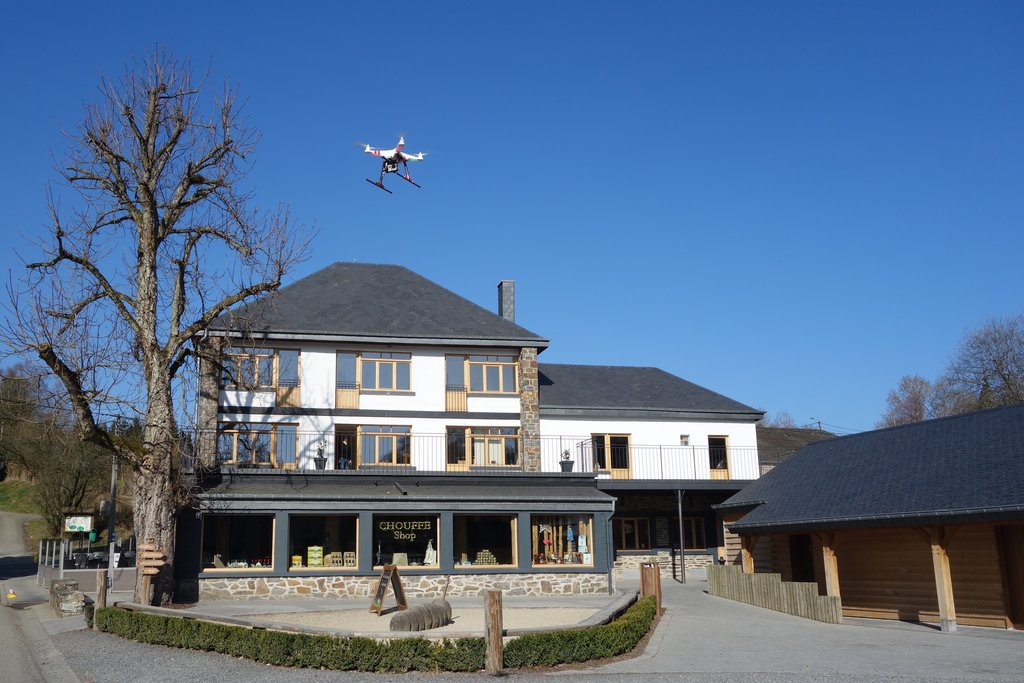 Chris’s landing his DJI Phantom in front of the Chouffe shop.

Chris added: “As you know, I’m a model airplane flyer…and like to take pictures. Now, I have blended my 3 hobbies (Photography, Beer & Model flying.) The result is that I can take aeral views of breweries now. I took a picture of my DJI PHANTOM landing automaticly in front of the CHOUFFE-shop.” 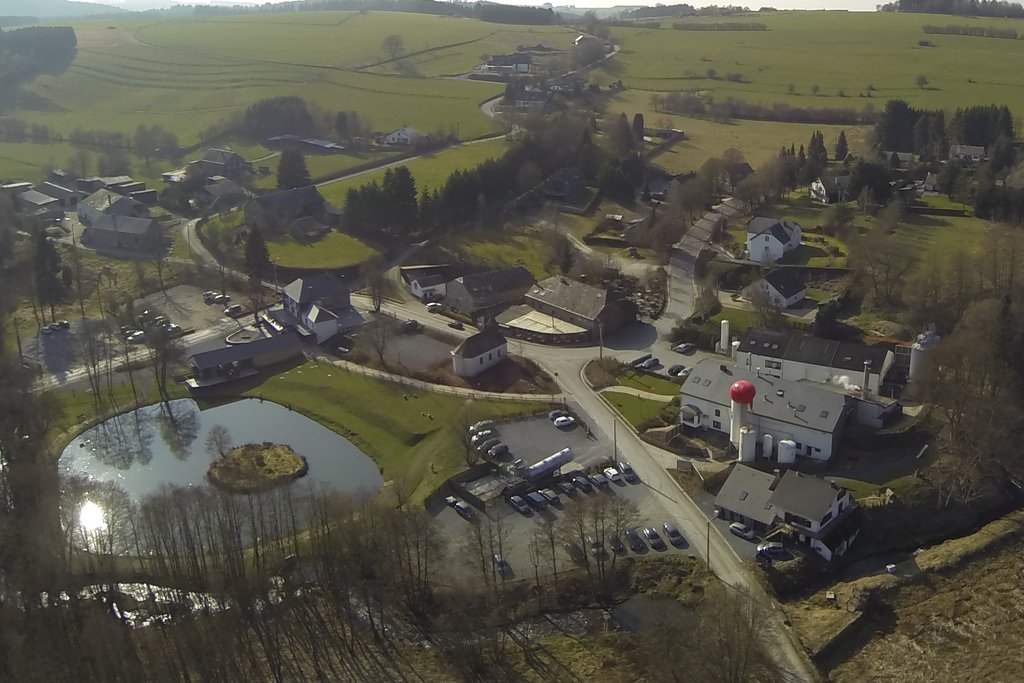 Another aerial photo of the Achouffe brewery area. Note the man-made lake on the left. 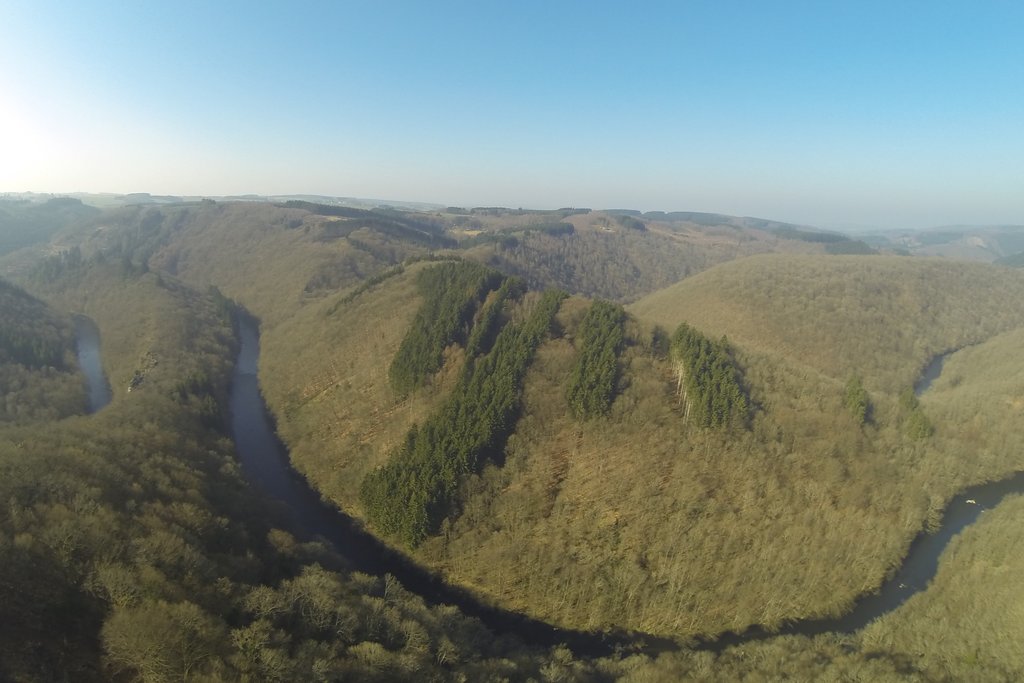 The Ourthe River Valley near the brewery. Luxembourg Province, Belgium.