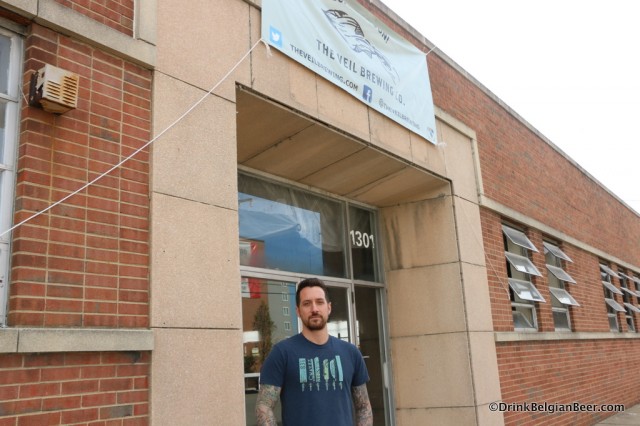 Here in Richmond, Virginia, The Veil Brewing Company should open sometime this winter. While it is not a Belgian brewery, The Veil is at least partly inspired by Belgium, and its great lambic beers.

The Veil Brewing Company will brew spontaneously fermented beers, as well as barrel aged brews, and other beers. Brewer and co-founder Matt Tarpey is a veteran of The Alchemist brewery in Vermont, which brews Heady Topper, and he was a direct assistant to Shaun Hill at Hill Farmstead, one of America’s most highly regarded breweries, for about two years. Tarpey also spent a few weeks with Jean Van Roy, brewmaster of Brasserie Cantillon in Brussels, and learned a lot about lambic brewing during his time there. 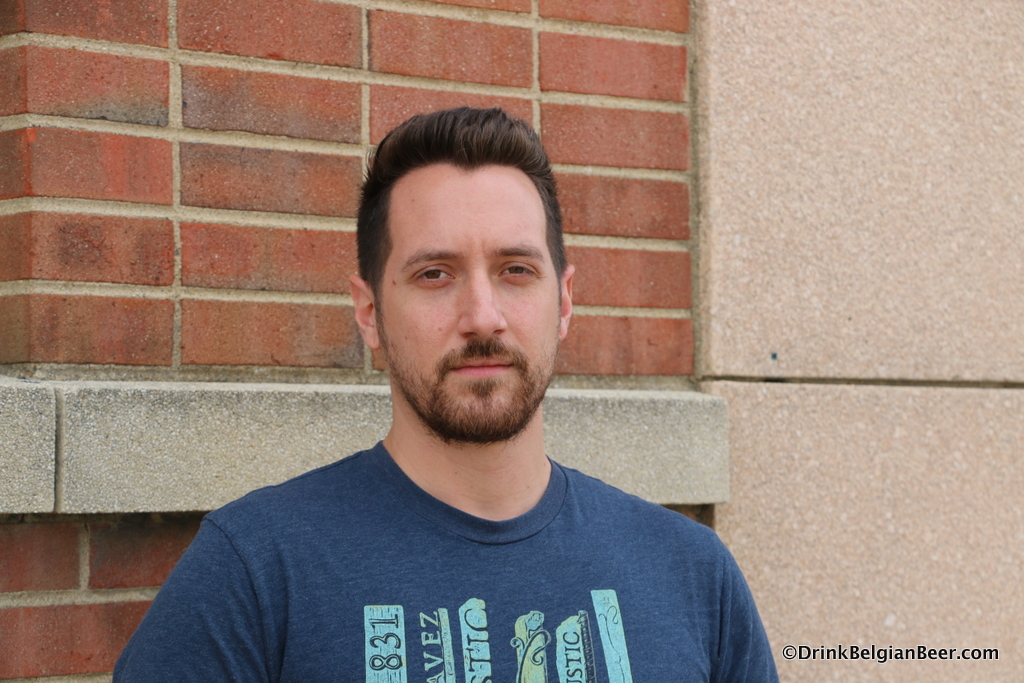 Tarpey recently returned to Virginia to be near his family, and to open a brewery.

With a little help from his friends and business partners, that is. 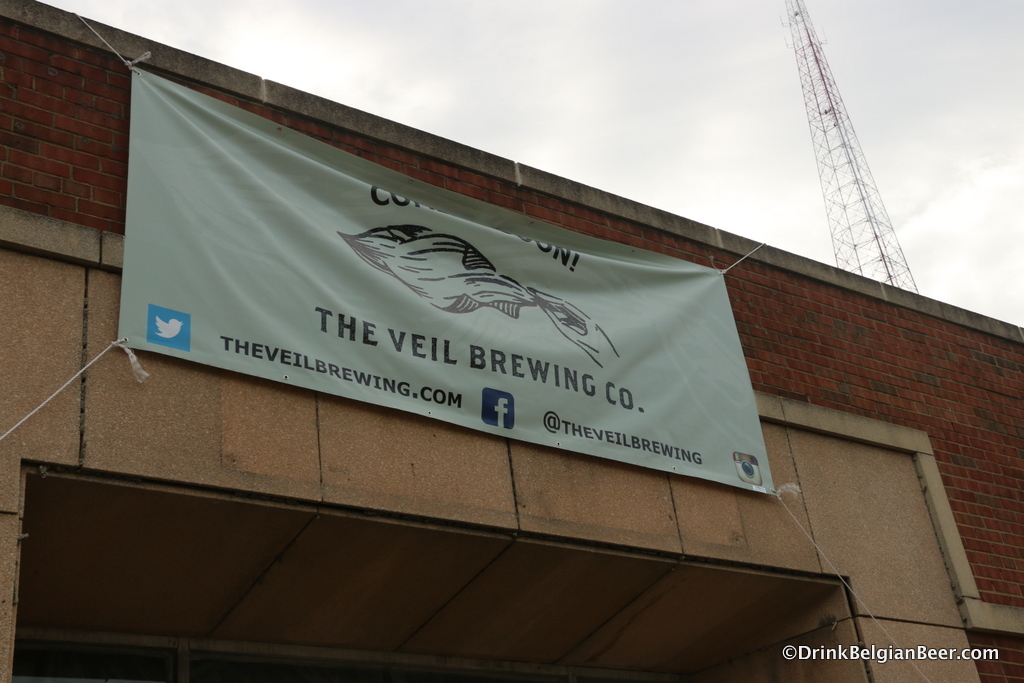 “We special ordered the construction of a 15-barrel coolship, which was fabricated in Maine. It is on the way to Virginia now,” Tarpey remarked in late October. The Veil will occupy an 11,000 square foot building at 1301 Roseneath Road, in the city’s popular Scott’s Addition neighborhood. There will be a taproom/bar, with a patio outside for warm weather imbibing. It’s certain to be a popular spot. 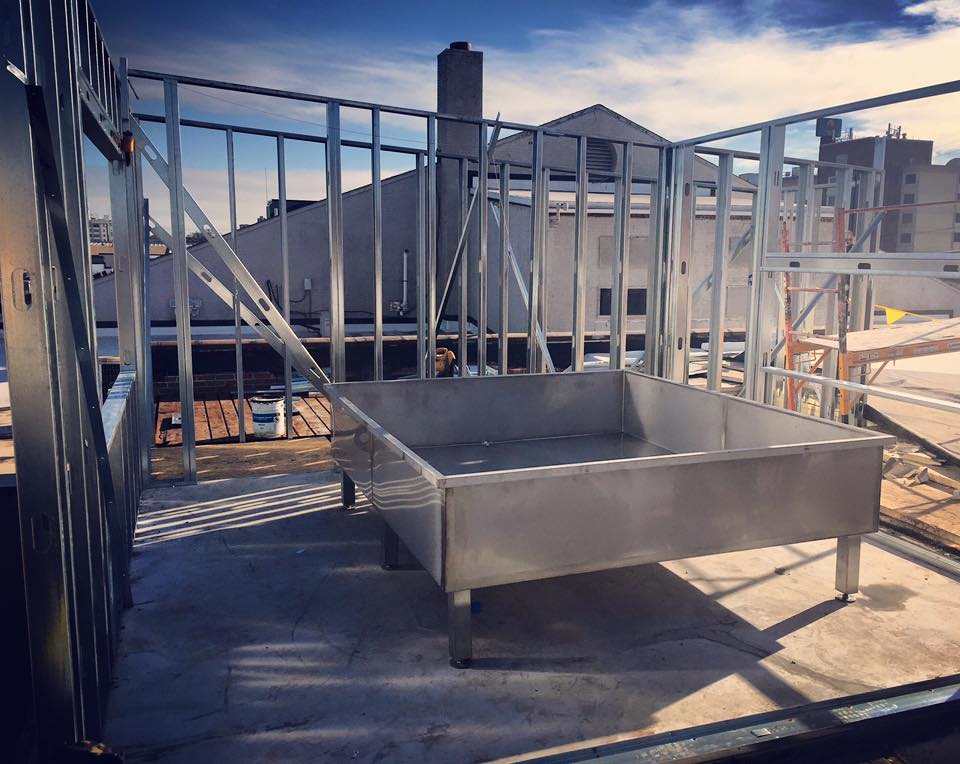 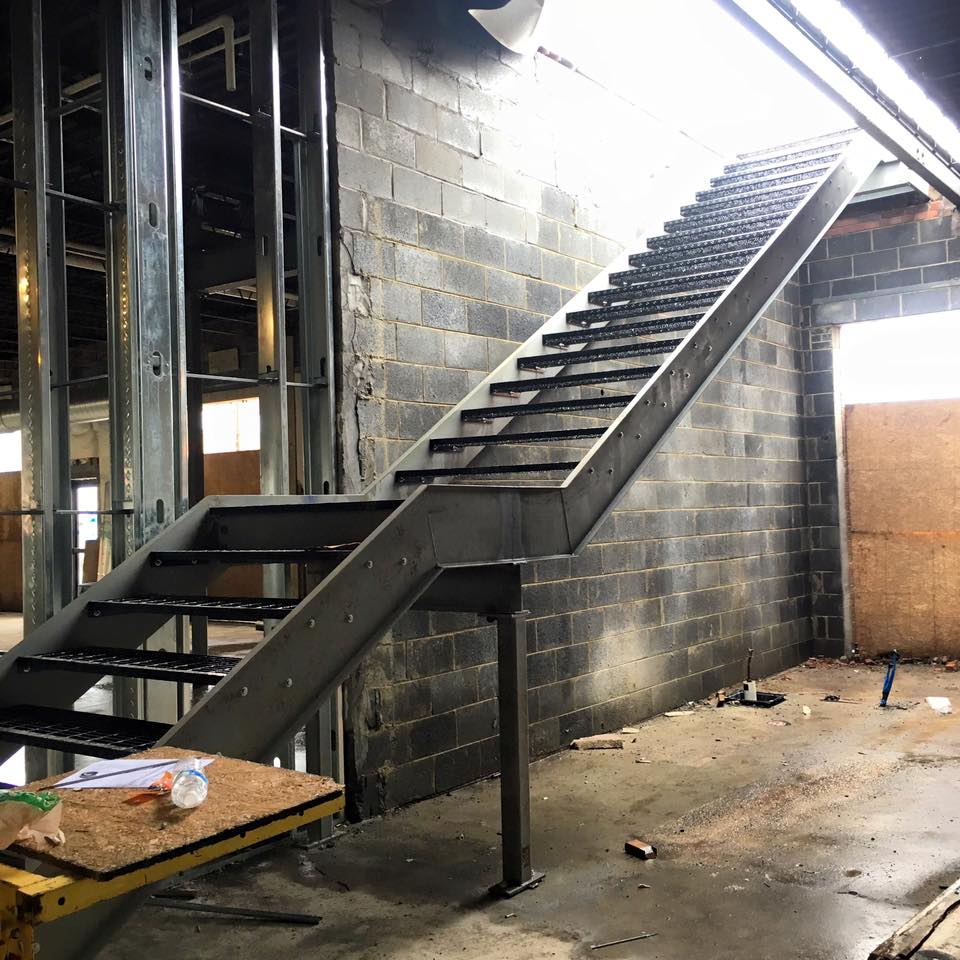 The stairs leading up to the open-air coolship.

There is also an off-site storage/maturation/blending facility about a mile and a half from the brewery. “We should have close to 450 barrels filled with spontaneously fermented beer there within four to five brew seasons (years),” Tarpey commented.

“It will be several years before we see the results of the spontaneous fermentation project, as I intend to age these beers traditionally for a minimum of one year, and up to four years, as is done at the lambic breweries in Belgium. I also will do some wild/funky beers fermented with brettanomyces and bacteria,” Tarpey added. “We will have one main 15 barrel brewhouse and one 3 barrel test batch system. The 3 barrel system’s main purpose will be for tasting room exclusives, experimentation, and collaborations. The flexibility with the smaller system will allow us to experiment with Brett and other mixed cultures on a more frequent basis.” 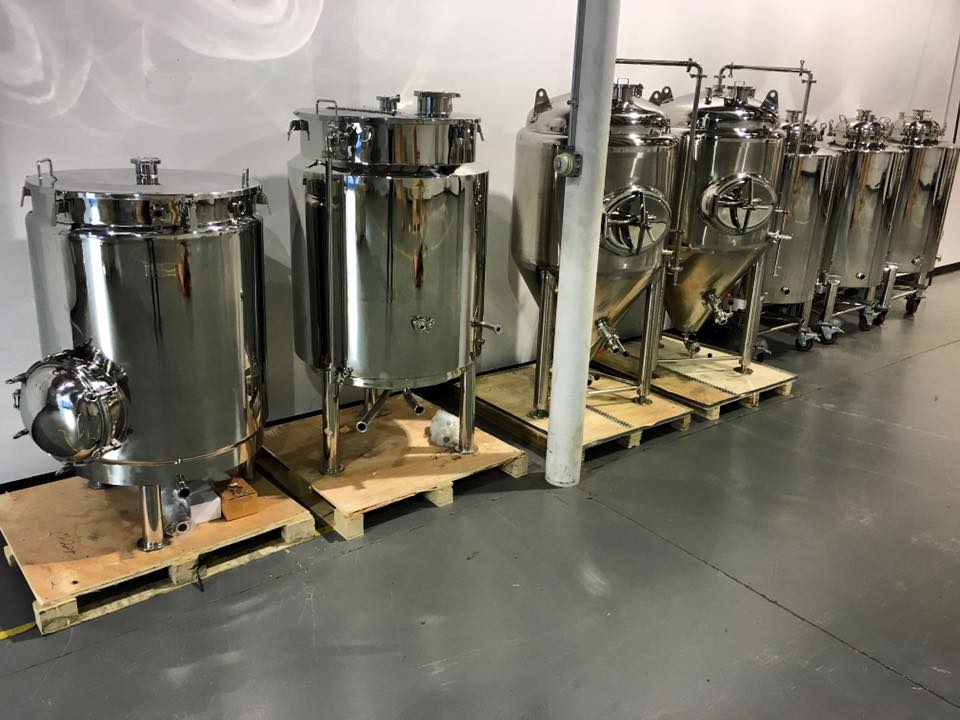 The three barrel test batch/small batch system at The Veil. 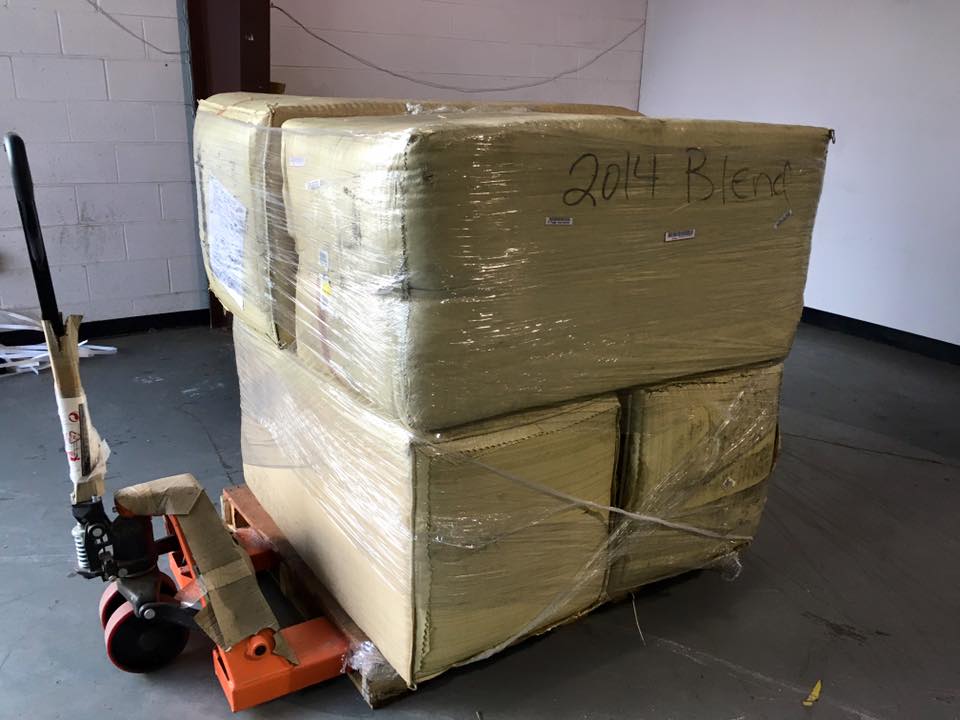 Aged hops for use in the Veil’s spontaneously fermented beers. 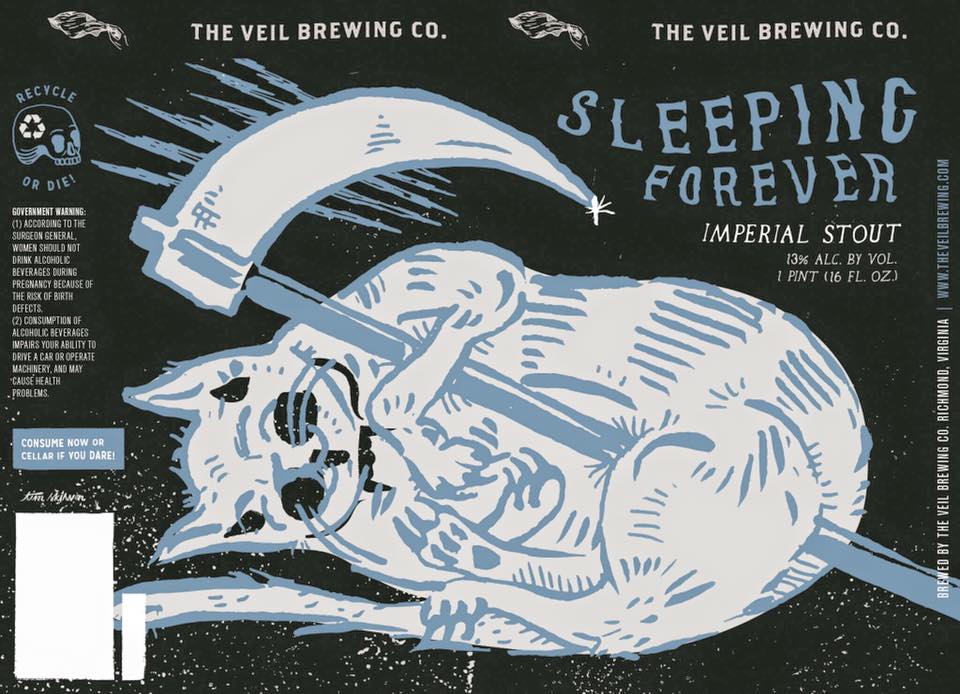 A label for a soon-to-be-brewed Imperial Stout at The Veil Brewing Company. 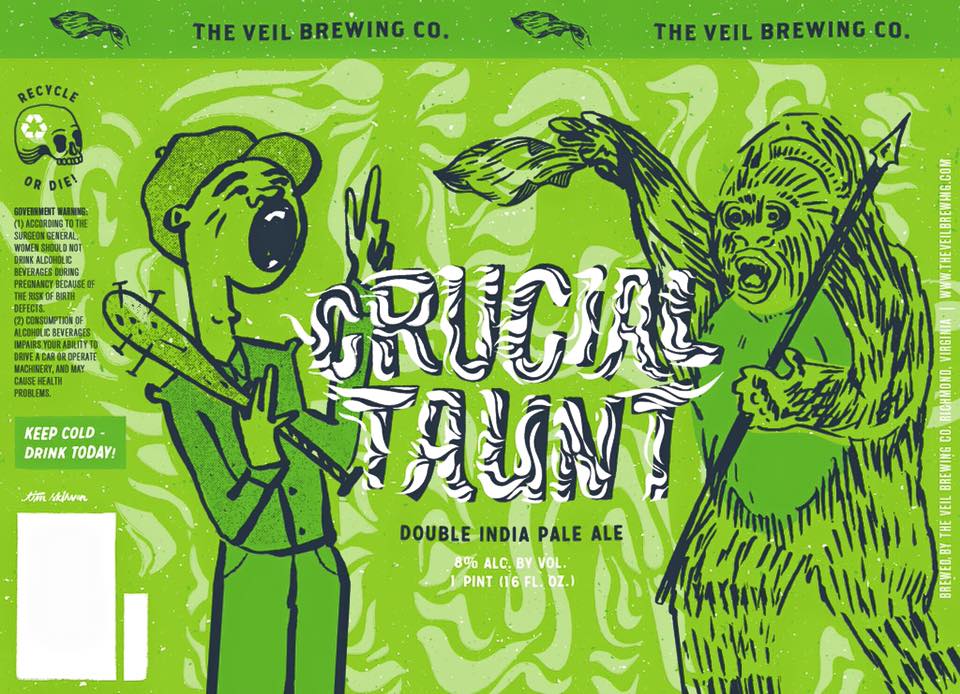 Fear not, beer lovers. You won’t need to wait years to drink beer from The Veil. Tarpey commented: “Our three year round beers will be an IPA with citrus, a double IPA, and a robust chocolate milk stout. There will be seasonal beers and one-off brews packaged in 16oz 4-pack cans periodically, including a single-hop hoppy Pilsner that will be a semi-regular offering. We will brew an annual Imperial Stout also. We plan on hosting a release party that will include sales of the stainless version of the imperial stout and barrel aged variants, as well as a killer guest tap list of stouts from some of our friends. The imperial stout will age for a minimum of one year in spirit barrels.”

You should be able to drink at The Veil sometime in early 2016. You might even see me there. See theveilbrewing.com

Here are some shots of the brewery under construction: 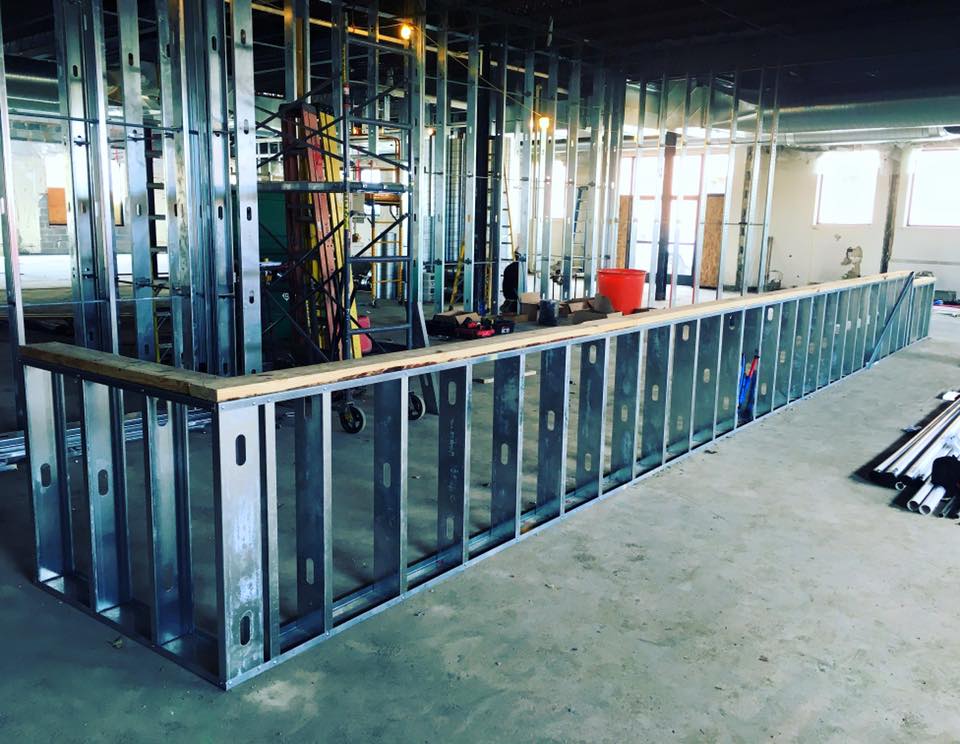 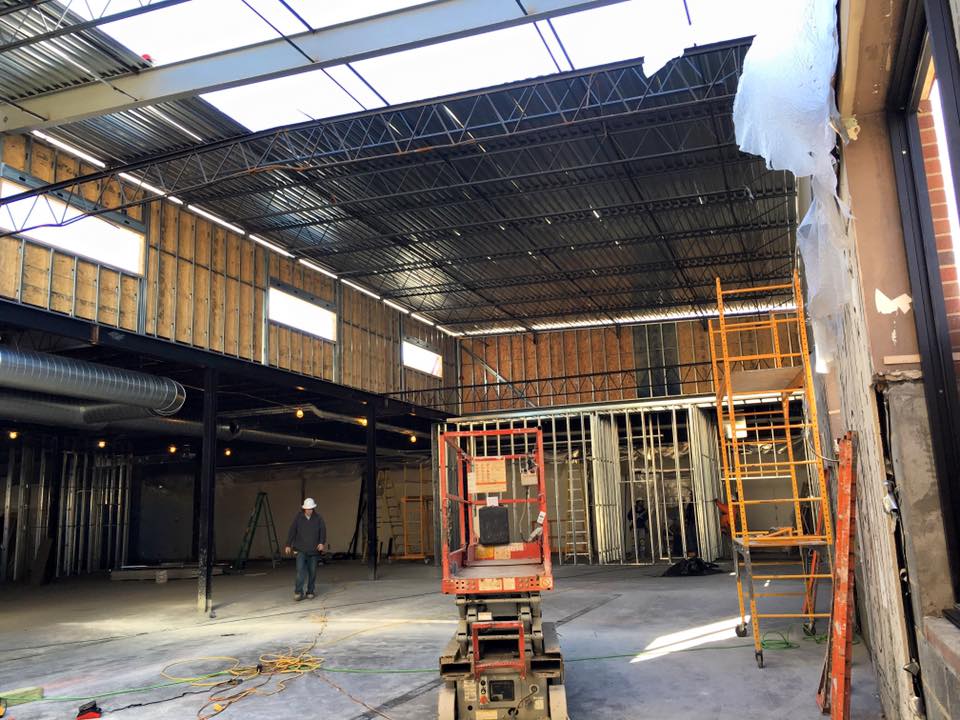 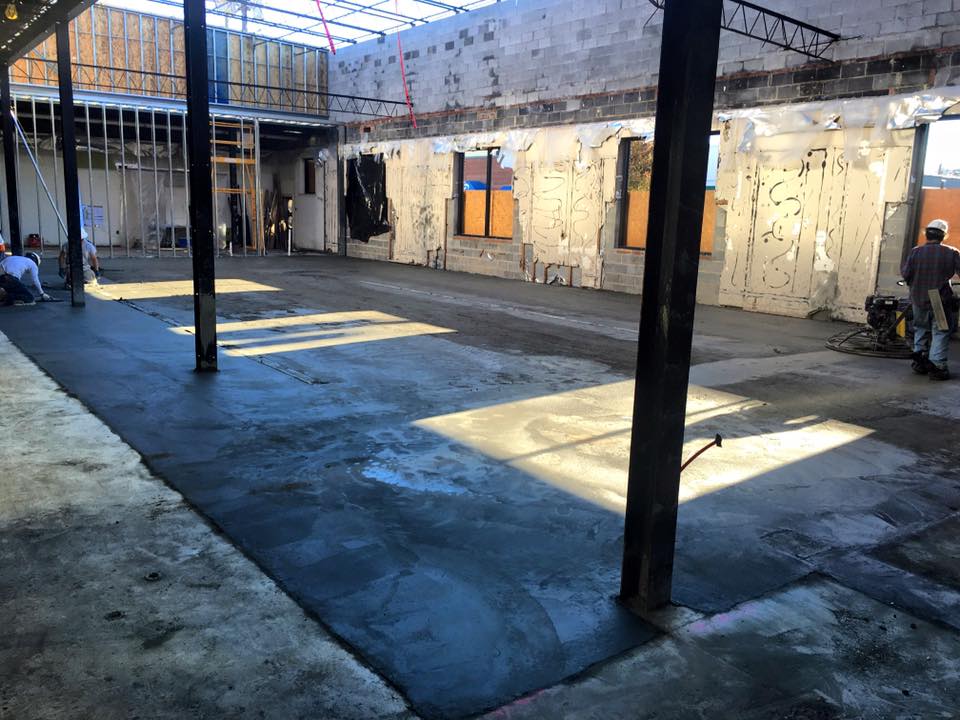