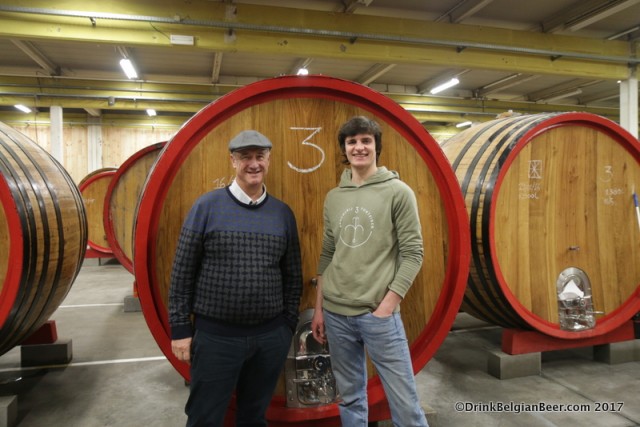 There is big news today from Belgium’s lambic country: Brouwerij 3 Fonteinen is set to begin a 25 million euro expansion.

Actually, while the news officially broke today, many of us who know Armand Debelder, who was owner, master brewer and master blender of 3 Fonteinen for many years, as well as Brewmaster/Director of Operations Michaël Blancquaert and Business Manager/CEO Werner van Obberghen, were already aware of the plans for a significant expansion of the current site in Lot, Belgium. I was first informed about the plans for the expansion a couple of years ago, not long after the site in Lot first opened on September 1, 2016. DrinkBelgianBeer was the first entity to report on the new lambik-O-droom site in this previous article. 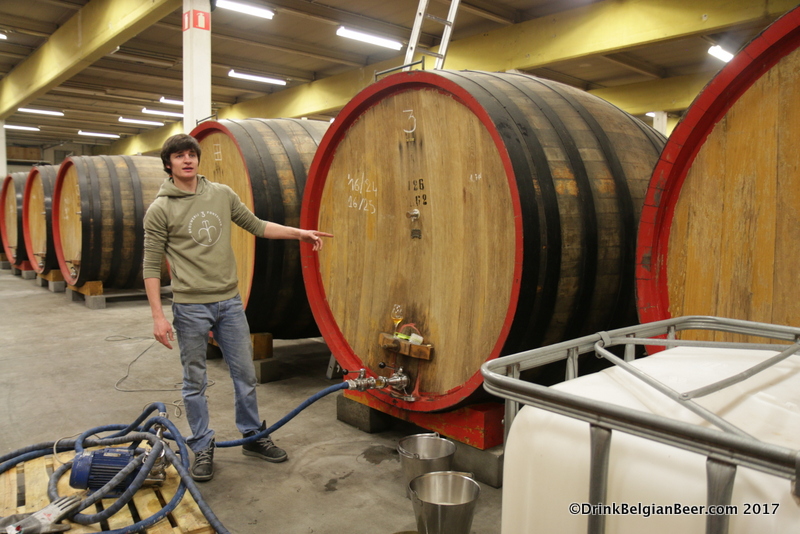 3 Fonteinen Brewmaster and Operations Manager Michaël Blancquart pumping cooled wort from a container into a foeder at the lambik-O-droom.

During one of my visits in 2017, Debelder showed me the architectural drawings and plans 3 Fonteinen originally had drawn up, where they planned to expand the current site at some point in the not too distant future. Of course, the approval from the required governmental authorities had to be granted first, and the investment for the expansion worked out. 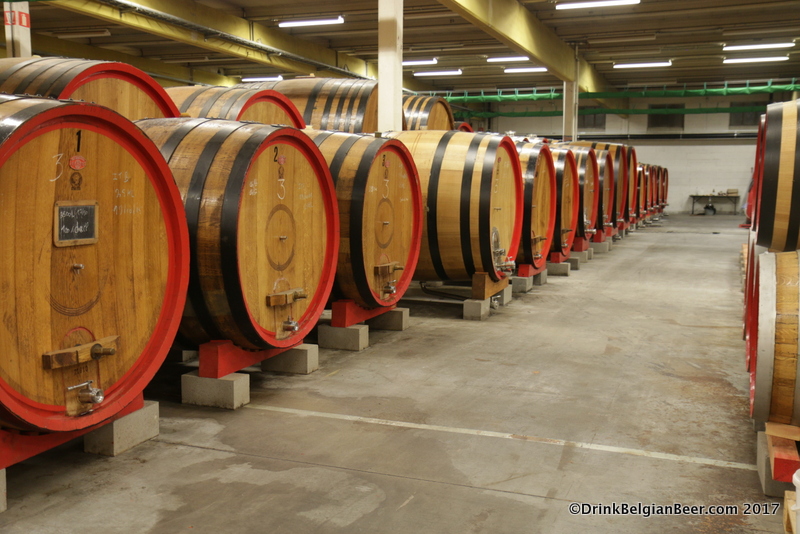 A row of smaller foeders (10 to 20 hectoliters.) The number “3″ on the barrel indicates it is filled with lambic brewed at 3 Fonteinen.

That has all come to fruition now, as the Belgian newspaper De Tijd reports, in this an article by Frank Dereymaeker that was published today.

The article is in Dutch, but Google translate does a very good job of translating to English. It says that the brewery will expand considerably, by adding a new brewing hall (a second brewery in addition to the one that is already in Beersel) as well as by adding a new, much larger tasting cafe and event center. Also, much more space will be added, where many additional wooden barrels can be placed for aging lambic. 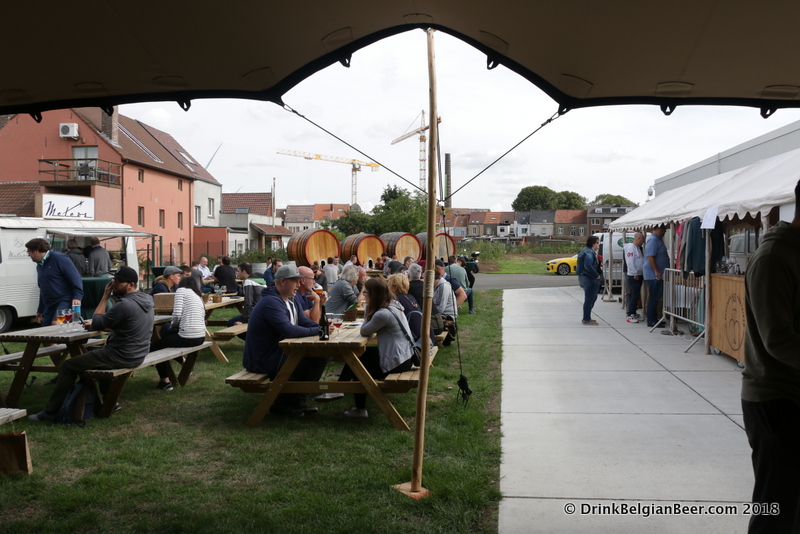 One of the reasons that 3 Fonteinen expanded from its original site in Beersel to the much larger site in Lot, just 4 kilometers away, was to consolidate their multiple lambic barrel aging facilities into one space, as this would make operations vastly more efficient. As well, the move added much more lambic barrel aging space. This new planned expansion will bring the total space occupied by 3 Fonteinen in Lot today from 5,500 square meters (about 59,200 square feet) to 12,000 square meters (that’s just a bit more than 129,000 square feet.) 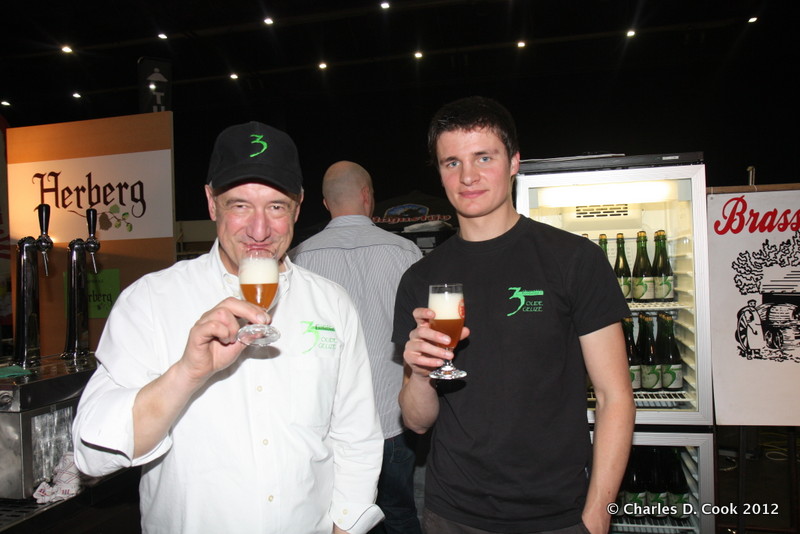 Armand Debelder (left) with Michaël Blancquaert at the Zythos Beer Fest in April 2012.

The brewery is in good hands, with good leadership. I am certain of that because Debelder told me on several occasions since around 2011 that Michaël Blancquaert was “as fanatical about traditional lambic as me, and maybe even more fanatical,” and that Blancquaert was also “the son that I never had.” Debelder has complete confidence in Blancquaert as essentially his heir and protege to the 3 Fonteinen legacy, as a brewer and blender. While 3 Fonteinen is now comprised of a big team, there can be no question of who is in charge of the brewing and blending operations. Debelder personally trained Blancquaert as a lambic brewer and blender over the course of a number of years.

Active fermentation in a 3 Fonteinen barrel.

According to the De Tijd article, with this new expansion, 3 Fonteinen will be able to have about 12,000 hectoliters of beer aging in barrels, which is about 10,200 U.S. barrels. That is a LOT of lambic to have in barrels! 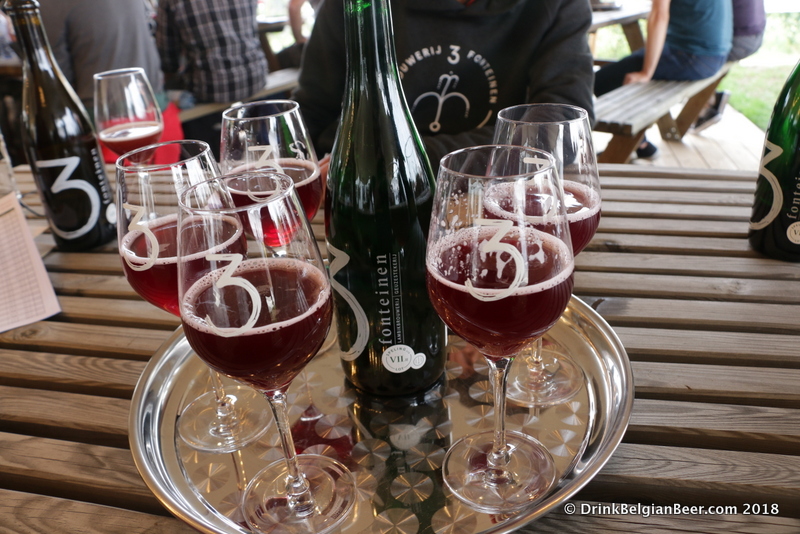 One of the experimental beers at 3 Fonteinen’s Open Door Days in 2018.

Dereymaeker writes: “The Ghent-based architectural firm Robbrecht en Daem drew up the project. The total investment amounts to around 25 million euros, an amount that 3 Fonteinen can raise with the help of silent partner Geert Duyck.”

Duyck, who is a Managing Partner in the worldwide private equity firm, CVC Capital Partners Ltd., has, in fact, been 3 Fonteinen’s “silent partner” since the lambik-O-droom was planned. Armand and partners have often referred to their “silent partner” over the last three years, and today’s news is the first time that Duyck has been openly named. 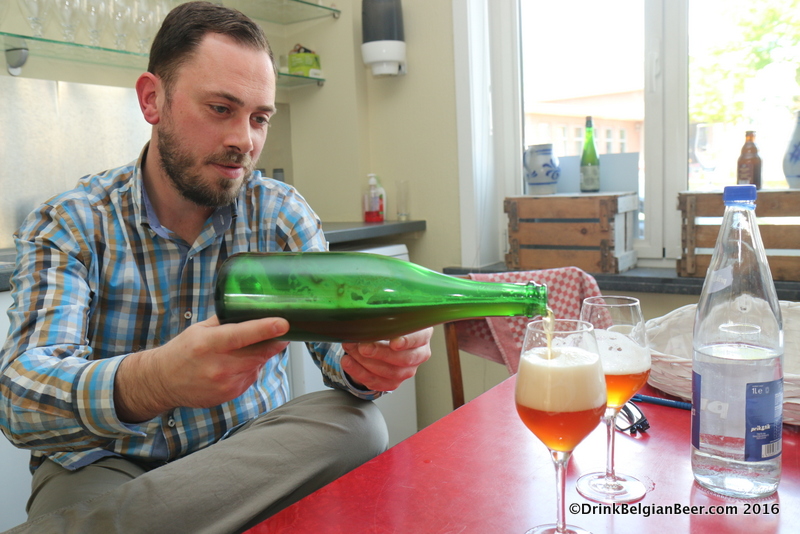 The De Tijd article quotes Werner van Obberghen as saying: “It is about more than buildings and operations. The authenticity of our beer must remain central and we must maintain our human scale. This strategy includes a return to the ‘Pajotse backyard’ for the grain used in the brewery. We have contacts with farmers, because we want to go back to the primordial grains of lambic, including winter barley and winter wheat, such as Kleine Rosse van Brabant. In addition, we focus on local employment. Our future plan takes into account a doubling of staffing.” 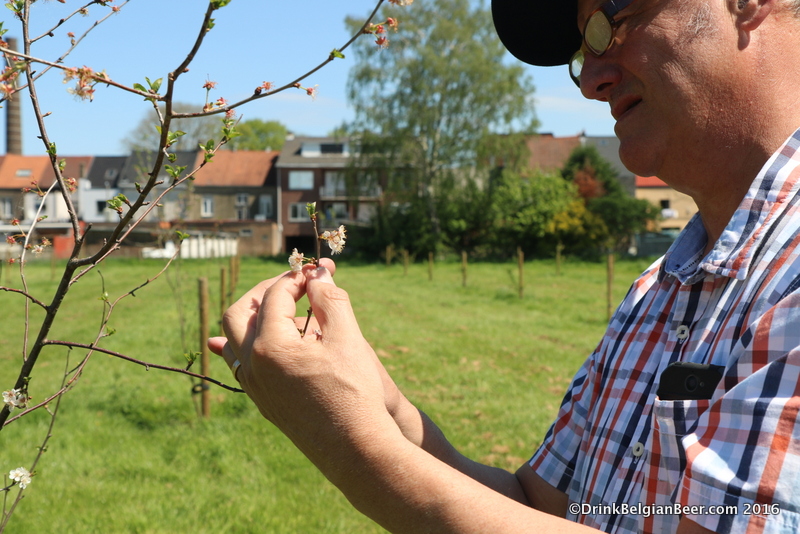 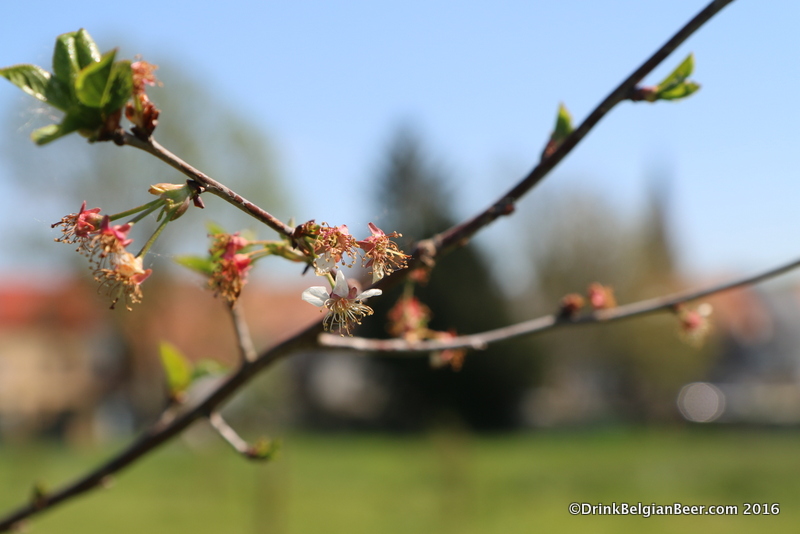 A close up of a branch with young Schaarbeekse cherries in a future 3 Fonteinen orchard of cherry trees.

3 Fonteinen will also plant a hundred Schaarbeek cherry trees on the new site, with plans to add 3,000 more around the Payottenland over the next eight years, with the help of enthusiastic, lambic-loving volunteers. A small maltery will also be added on site.

For a very detailed look at two brewing days at 3 Fonteinen, see this article here.

When I asked about whether the current brewhouse in Beersel might ever be closed, if the quality of the wort in Lot were to be as good as that brewed in Beersel, Werner van Obberghen had this to say: “We will need the two brewing locations for future wort. We will be brewing on both locations because they are so different, and we are not looking to make a standardized lambic/geuze/ lambic beer. After all, the differences in weather variables between the two locations are real, e.g. in winter there is a difference of 1-2 degrees Celsius, different wind directions, and different wind speed between Beersel and Lot.”

Having spent a couple of great brewing days in 2017 with brewer Diego Sachem at the Beersel brewery, I can say this is great news! 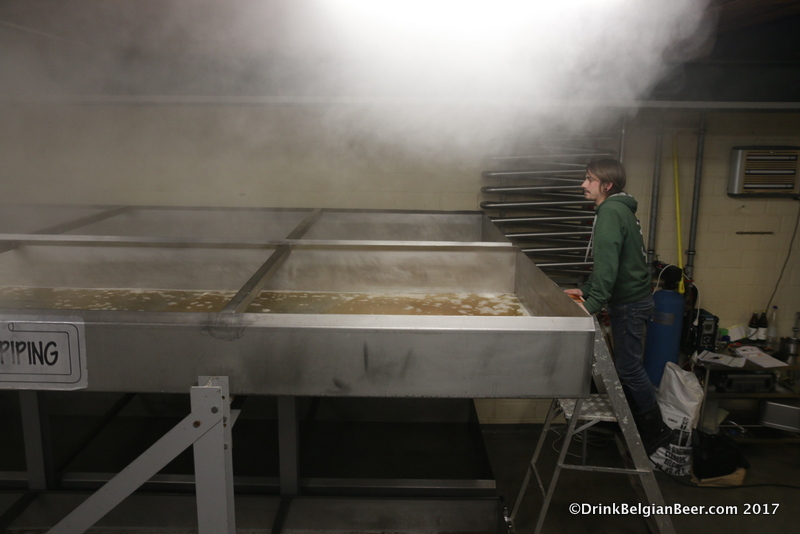 3 Fonteinen brewer Diego Sachem looks at the progress of wort filling the top deck of their coolship.

I look forward to seeing the new site when completed and to tasting many more great lambic brews at 3 Fonteinen in the future!