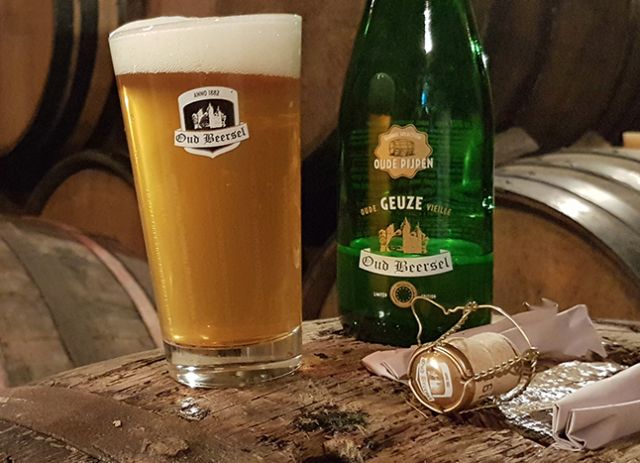 As I mentioned in this recent article about Oud Beersel, there is a lot going on in Beersel. Oud Beersel owner Gert Christiaens and the Oud Beersel team continue to innovate and craft many new and interesting lambic beers. 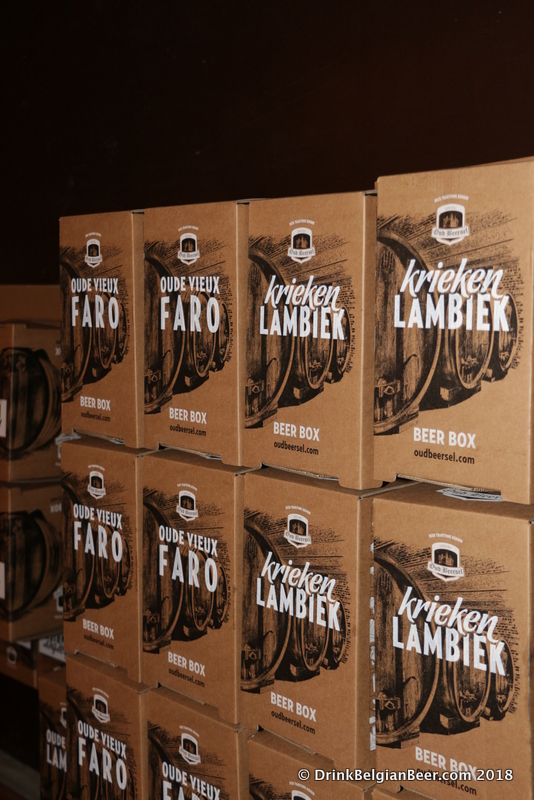 New 3 liter bag in boxes of lambic at Oud Beersel. 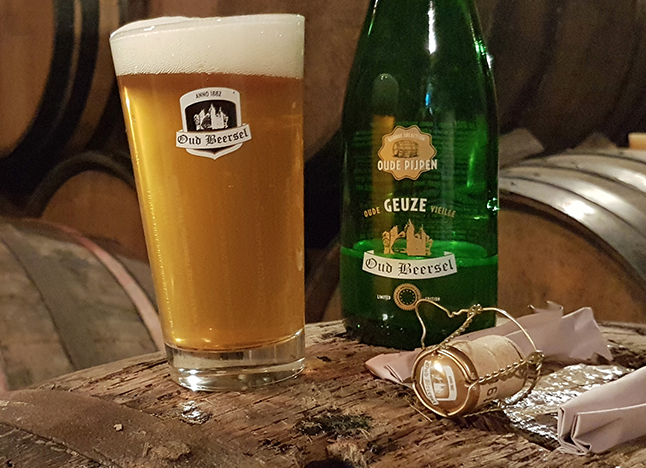 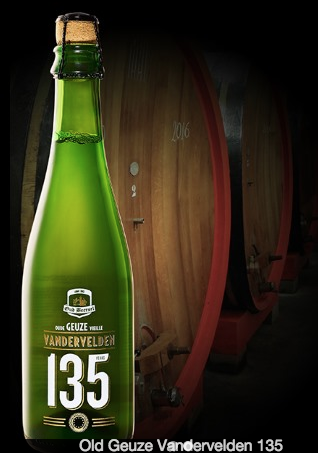 Belgium in a Box, Belgium’s premier on-line gourmet beer shop, can bring these products directly to you. “We carry the whole range of Oud Beersel lambics, bag in box beers, and glassware,” Kurt Verbiest, owner of Belgium in a Box, told me during my visit to his brick in mortar shop in Antwerp at the end of August. Many of the Oud Beersel brews, such as the excellent, Port barrel aged Oude Pijpen Oude Geuze, and the Italian foeder-aged Oude Geuze Vandervelden 135, do not see much widespread distribution outside of Belgium. The same is true for the Oud Beersel Green Walnut, a seasonal for late summer and early autumn. Belgium in a Box did have these all in stock at the time this article was published. I highly recommend all three, as well as of course the Oud Beersel Oude Geuze and Oude Kriek. See below for some videos regarding the Green Walnut, and more.

Belgium in a Box also has Oud Beersel’s new, three-liter bag in box lambics in stock. “BIAB” as Belgium in a Box is often known, carries the Oude Lambiek, Kriekenlambiek, and Oude Vieux Faro. These lambics are packaged in a new type of bag in box was developed at the request of Oud Beersel in collaboration with a Croatian company. The outer shell of the bag in box in made in Belgium, and the inner part is made in Croatia. These bag in boxes can accommodate a manual tap, or be connected to a manual hand pump, or be connected to a bag in box cooler. This makes this new bag in box very versatile, as they can easily be utilized for personal use, or at a spot such as a beer bar. The three liter size is also convenient, as it is neither too big nor too small, and does not take up too much space. See the videos above and below for more details. 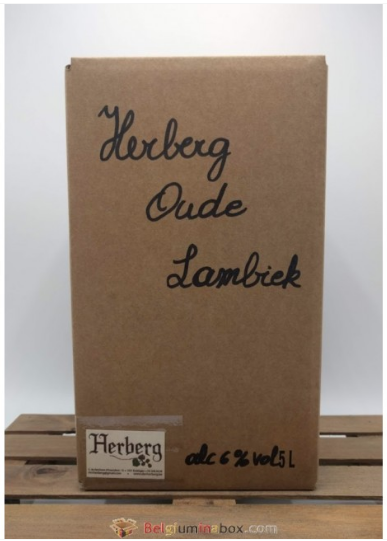 Belgium in a Box also currently has a stock of the new 5-liter bag in box lambic from Brouwerij Den Herberg in Buizingen, which I tasted at the brewery and BXL Beer Fest in August. While Den Herberg has been brewing since 2007, their lambic program (yes this is an authentic lambic brewery using spontaneous fermentation with a coolship!) is only a couple of years old. It should be no surprise that it is a success, as brewer Bart Deville’s son, Kloris Deville, is one of the brewers at Brouwerij Timmermans of Itterbeek. Den Herberg also has a number of other interesting beers, such as Cuvée Devillé, a pale ale made with brettanomyces yeasts. Belgium in a Box carries most of the Den Herberg beers.

In addition to being able to buy Oud Beersel beers and other products from the Belgium in a Box on-line shop and have them shipped to your home, you can also purchase beers and other items at The Oud Beersel shop at the brewery in Beersel (on Saturdays from 9 am to 2 pm) and leave these purchases at the shop, and have Belgium in a Box pick up your bottles and other purchases, and then pack and ship them to your home. It doesn’t get much more convenient than that!

Note that the Oud Beersel shop has the biggest selection of their beers, as well as all their glassware, t-shirts, chocolates, and more. Packaging and shipping costs vary depending on the destination. See the Belgium in a Box website for full details. 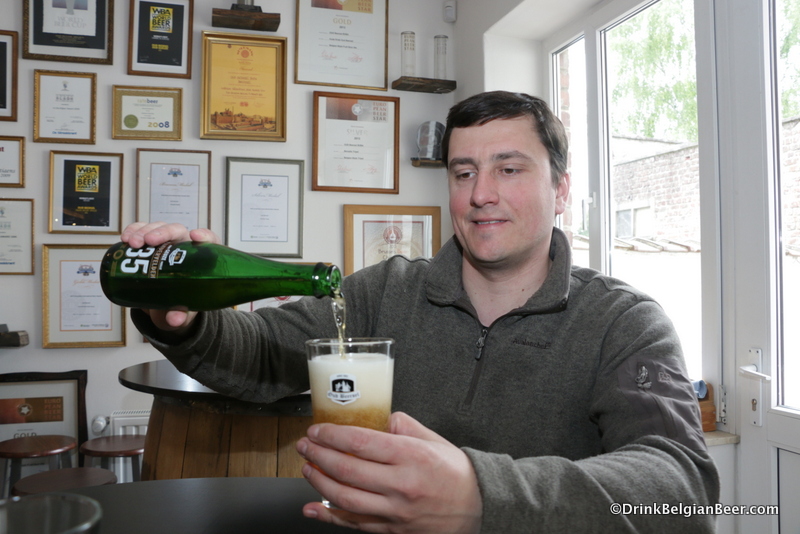 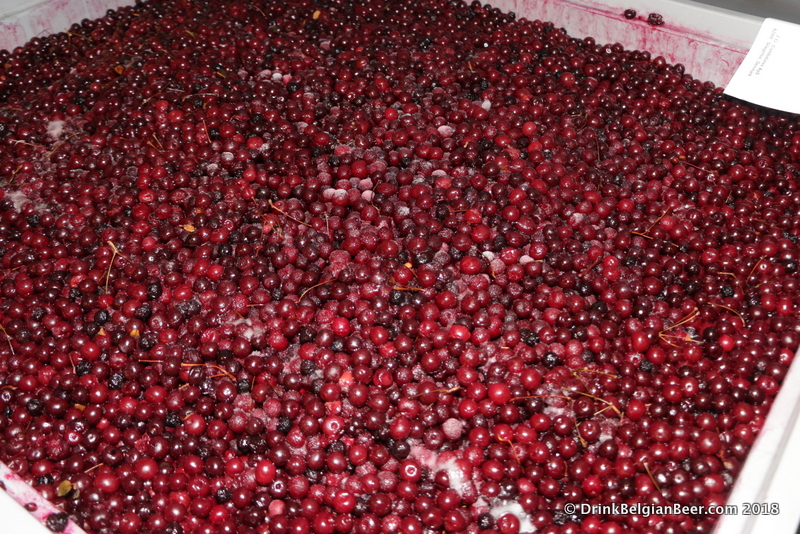 Danish Frederiksdal kersen. These will be used in a future kriekenlambiek. 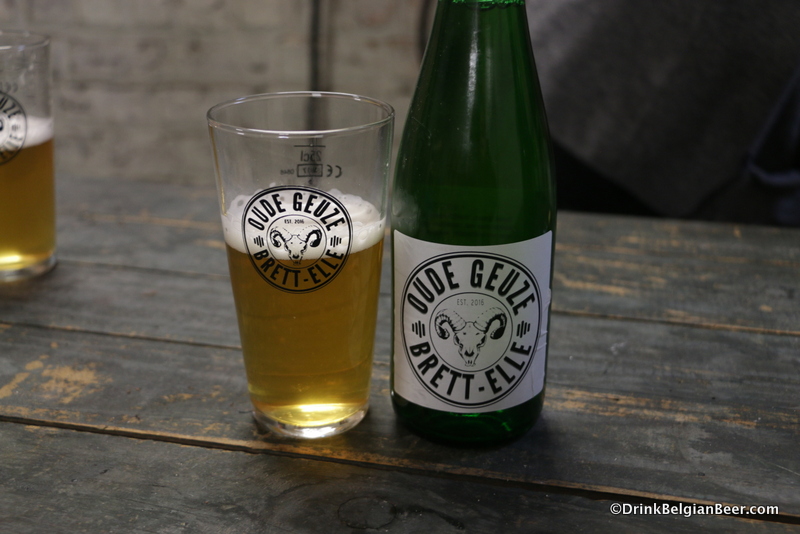 Also, Belgium in a Box currently has a stock of the latest batch of the new Brett Elle Oude Geuze from Lambiek Fabriek, of Ruisbroek. This is another authentic lambic producer in Belgium’s lambic country. I wrote about this impressive new lambic maker and its geuze in this article last year.